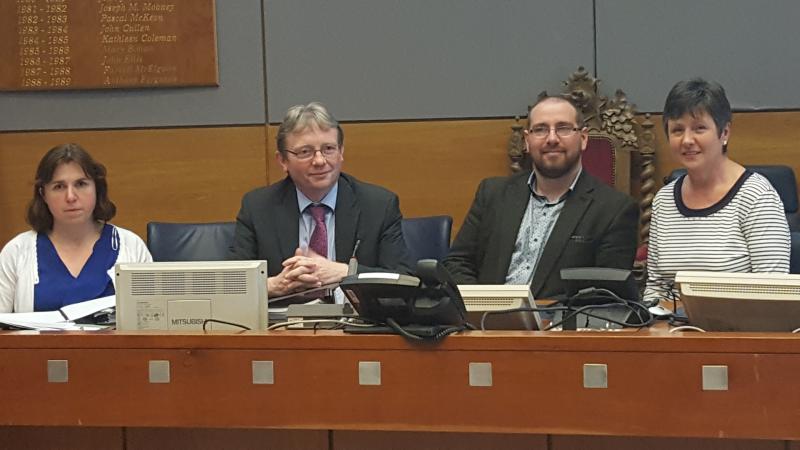 In what has been described as "a is a big break from tradition", Sinn Féin councillor, Seadhna Logan, has been elected, unopposed, to the position of Cathaoirleach of Carrick-on-Shannon Municipal District (MD) this afternoon.

Cllr Enda Stenson proposed Cllr Logan pointing out that in the last three years the Chair of the MD has alternated between Fianna Fáil and "in the interest of going around (the other parties), I would like to propose Seadhna Logan for the position of Chairperson."

Cllr Stenson pointed out that since his election to the Council, Cllr Seadhna Logan has worked extremely well for his community.

"He is a young man from the town of Mohill and I think he will only do good for the area," he added.

His nomination was seconded by Fianna Fáil councillor, Sean McGowan, who agreed that Cllr Logan had "done an excellent job over the last three years. He is very hardworking and it is a pleasure to second this nomination."

No other nominations were proposed and Cllr Logan was deemed to be elected.

He thanked Cllr Stenson and Cllr McGowan for their support adding: "This (my election) is a big break from tradition. I think it’s a real sign of the time and of how committed we are, how we can work together for betterment of our area."