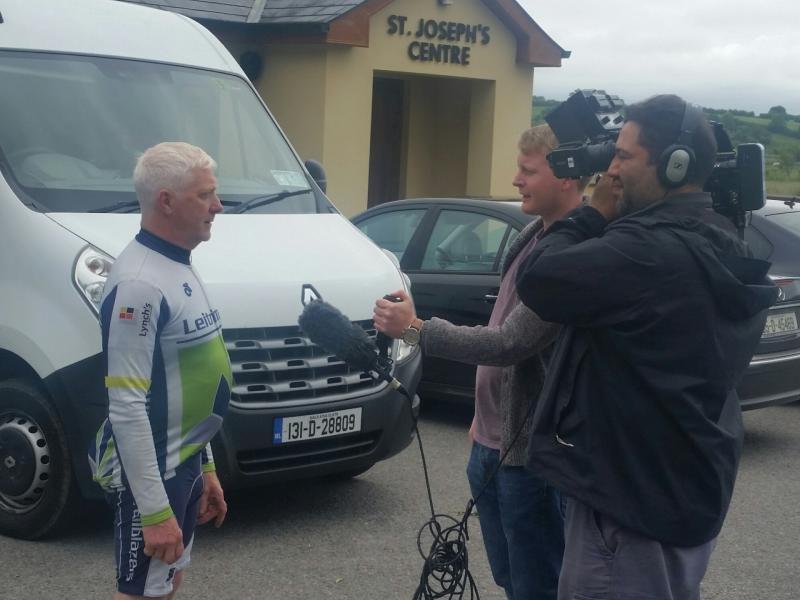 Local Man Seamus Regan from Leitrim CC been was interviewed by Sky TV this morning when the Supporters from Everton FC called to the Community centre to enjoy the hospitality from the local people.

A group of Everton supporting cyclists stopped off in Leitrim Village on Saturday morning as they undertook a mammoth trek from Sligo to Goodison Park over the weekend in aid of charity.

Twenty-three cyclists from the Everton Supporters Club committee were making the journey from Sligo Rovers Football Club to Goodison Park over the weekend, the money raised going towards the Club’s “Home is Where the Heart is” campaign.

The cyclists stopped off in St. Joseph’s Centre in Leitrim Village on Saturday morning, June 17, having left Sligo Rovers’ Showgrounds at 6.30. They then travelled on to Coole in Westmeath, Trim before finishing at Bohemians FC.

The Everton group will then take an overnight ferry before cycling from Holyhead to Goodison Park.

The entire event has been inspired by Everton star Seamus Coleman - the setting off point from Sligo Rovers, 23 cyclists in honour of the Ireland skipper’s number and the group hope to raise £60,000 - again in homage to Coleman and his bargain transfer fee to Everton from Sligo Rovers

The cyclists will be joined by Everton legend and FA Cup winner David Unsworth who told evertonfc.com before the event “I’m amazed and absolutely in awe of the group of Evertonians who are doing this. For them to take this on board off their own backs and to want to generate funds and awareness for our campaign is just incredible.

“Sometimes Evertonians just never cease to amaze you. They are the most special set of fans I have ever met. For them to give not just money but time and effort is fantastic. I know how much training these guys have put it so to do it off their own back and support us is just incredible – ‘thank you’ just doesn’t seem to be enough.

“I am going over to set them off. I’ll speak to the group on Friday night so I will be there at the start and also at the finish on Sunday. We will give them our whole support and I am very proud of them.

“It will be tough and a hard couple of days, but I am sure when they cycle into Goodison Park on Sunday night and we have generated so much interest and money, it will be thoroughly worth it,” said Unsworth who coached the Everton U23 side to the Premier League 2 title.

The ‘Home Is Where The Heart Is’ campaign has seen David Unsworth and his team work throughout the season to reach a fundraising target of £230,000 to fund and develop a supported living initiative for young people in Liverpool, delivered by Everton in the Community. 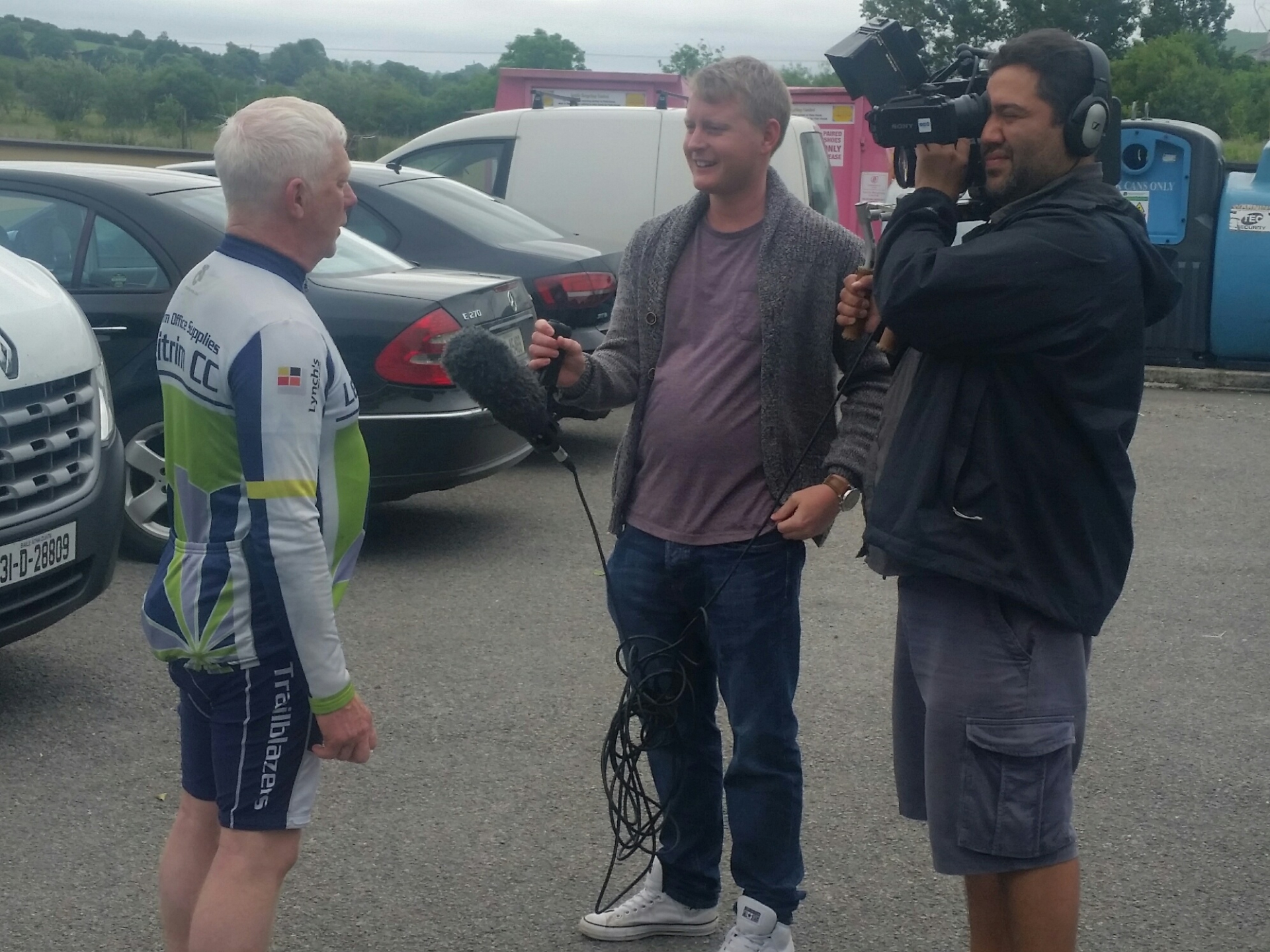