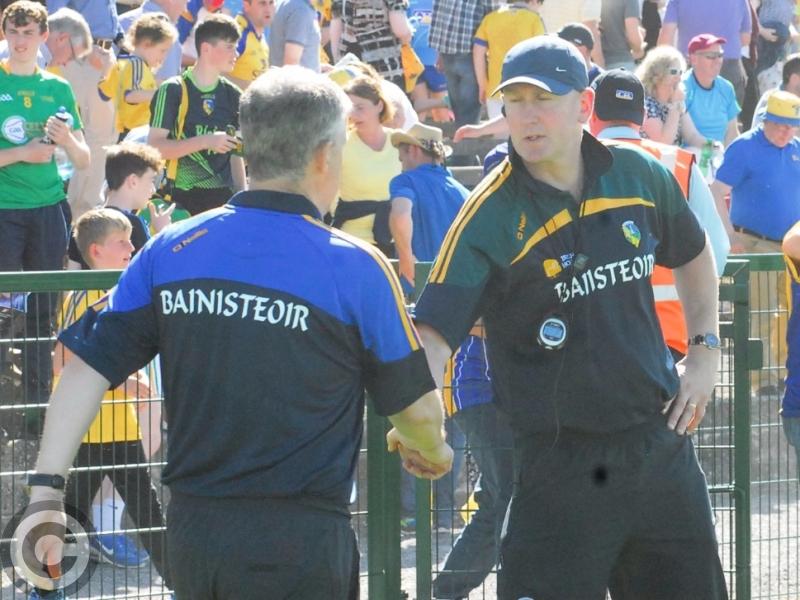 Leitrim players are being shown a “lack of respect” after the County Board have fixed two rounds of club games for this week, a move that is against the wishes of both the players and management.

Speaking after Sunday’s heavy defeat to Roscommon, both manager Brendan Guckian and goalkeeper Brendan Flynn made clear their unhappiness at players being asked to play two Club League games in the six days after the clash in Hyde Park.

That decision led to controversy when Fenagh St. Caillin’s failed to field against St. Mary’s Kiltoghert when their County players Donal Wrynn and Ryan O’Rourke were unavailable to play following the exertions in Ruislip.

And speaking to the Observer last Sunday, Brendan Guckian was clearly not happy as he cited player welfare - “The club games, I am not going to get into that debate but it definitely distracted from our preparations the week after the London game so I don’t know if the CCC are going to run with another two games this week.

Leitrim goalkeeper Brendan was equally unhappy over the decision - “This week, going back to the clubs for Wednesday and Saturday games, a lot of players aren’t happy about. I don’t think there should be games.

“I think players should be given the respect they deserve, get a week off after a game because it happened after the last game and the County Board didn’t learn after that. I really think they should put the players first and think about the players before they think about themselves.

“There are a lot of tired lads out there after that game. There was definitely time to learn after the last game because there was uproar after the London game when these games went ahead and it just shows a lack of respect for the players. That might seem tough but that is just how I feel now.”