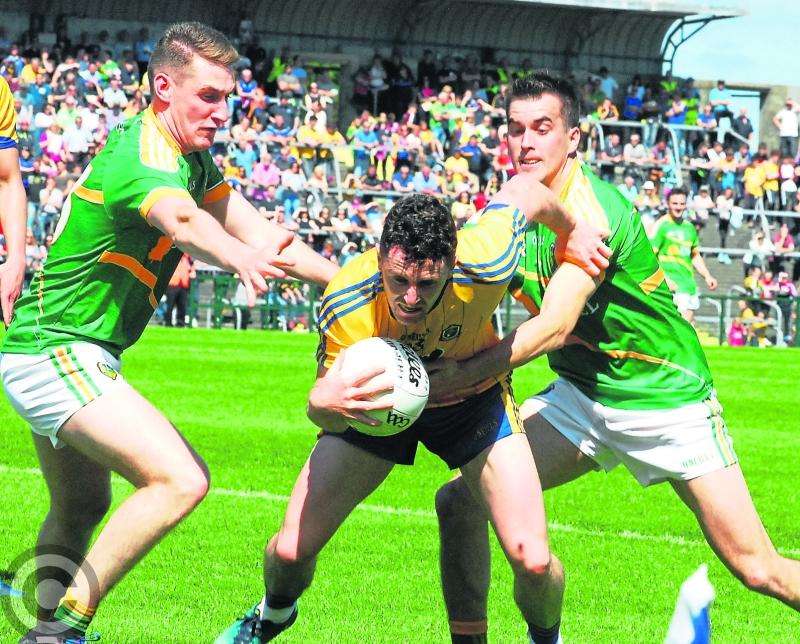 A headline from yesterday's Connacht Senior Championship match - 'Roscommon carve up Leitrim like lambs for roasting' - by the Irish Times has certainly caused debate.

The report does not hold back either on it's analysis of Leitrim's performance in Hyde Park yesterday.

We want to know if you agree with the headline and you can send your opinions to editor@leitrimobserver.ie

The first section of the report reads as follows:

'Such is the unbearable lightness of being Leitrim, this can only qualify as another moral defeat. Because victory was never an option, the game was decided by a simple combination of Roscommon’s natural superiority and Leitrim’s equally natural limitations.

Roscommon carved them up with two goals inside the first half, both scored by Conor Devaney, then offered them up like lambs to slaughter – or rather roasting given the day that was in it.

It was their seventh successive championship win over Leitrim, the distance in the end of 17 points also a record championship margin for their once near rivals at Dr Hyde Park. Last year the margin was 13. You do the math.
Roscommon finished this Connacht senior football semi-final with 10 different scorers, including three points from man-of-the-match Enda Smith, who stood out like a monument at midfield.

Indeed, that superiority showed in every sector of the field, the game ending with many in the 8,844 in attendance making their solemn exit well before the end, knowing full well there was nothing more to see.

Roscommon have this strange history of playing some of their best football when confidence is low; relegation from Division One had knocked that back a bit. The easy victory over Leitrim might just prove the timely refill ahead of the Connacht final showdown against Galway on July 9th.'