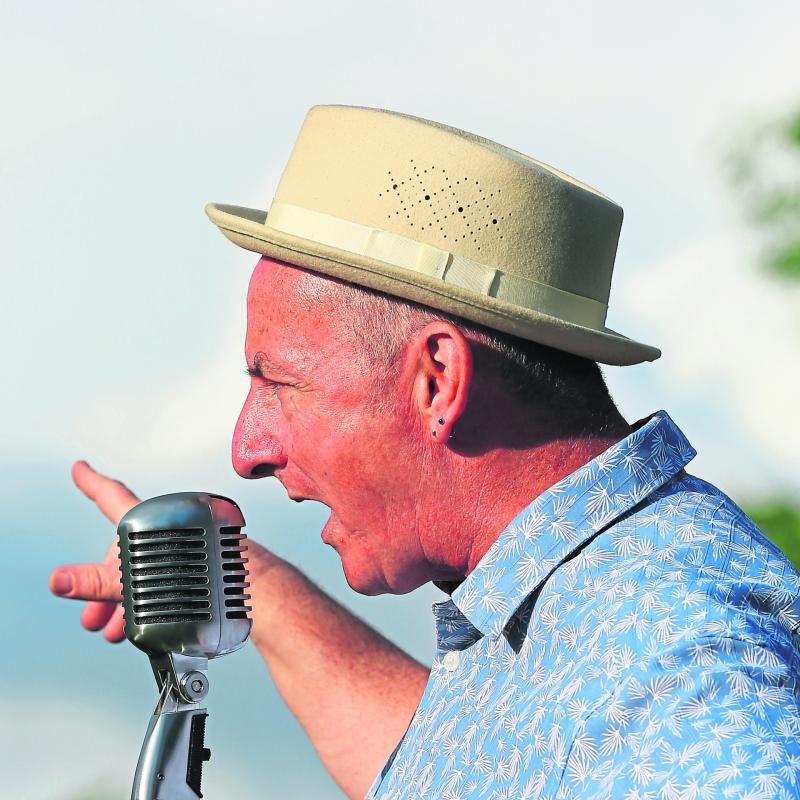 Little John Nee is widely regarded as one of Ireland's leading solo theatre performers, his songs have been praised by John Prine and his theatre shows have received critical acclaim in the UK and in the US.

“Small Halls and Potholes” is an evening of eccentric songs and strange stories, a force of nature that lifts the heart like a tornado!

“There are parts of Ireland that are less explored than the moon that’s where I go to get my songs” says John.

He received an Irish Times Theatre Award for “Best Sound Designer for “Sparkplug” and the subsequent RTE Radio Drama adaption won a prize at the prestigious Prix Italia 2013.

He has released an album of his theatre songs recorded with the Caledonia Highly Strung Orchestra “Songs from the Lough Swilly Delta” and was elected to Aosdana in 2016.

A book of his haiku “The Apocalypse Came On A Friday” was published in June 2016. “Small Halls and Potholes” travelled to Hungary, Croatia, Slovenia, Czech Republic and Vienna as part of a “Five Cities Tour” in November.