Izzy B’s Away with the Fairies day raises €12,500 for Share Care Projects in local hospitals 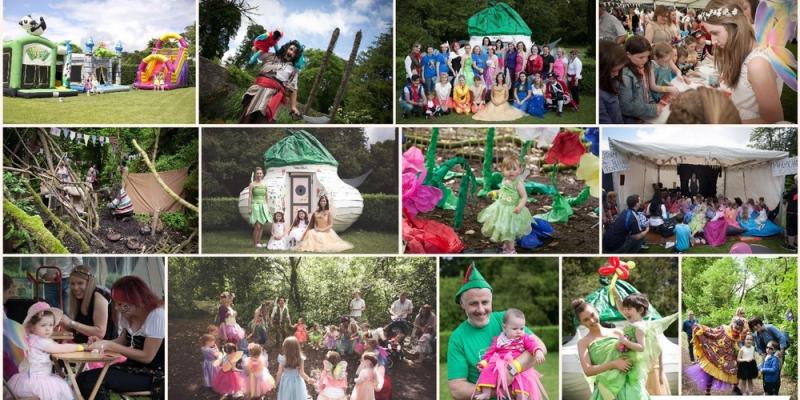 Izzy B’s Away with the Fairies day

The annual Izzy B’s Away with the Fairies day at Strokestown Park House once again proved to be a tremendous success and despite the inclement weather over 3,000 people  flocked to the event and helped to raise over €12,500.

Now in its fourth year the Fairy Day event was initiated by the family and friends of Childhood Cancer Survivor, Isobel (Izzy) Cullinan from Strokestown, Co Roscommon.

Funds raised from this year’s Fairy Day will go towards helping local children just like Isobel who are undergoing cancer treatments in a number of Shared Care Hospitals in the locality including Mullingar, Portiuncula, University College Hospital Galway, Sligo General and Mayo General in conjunction with the Childhood Cancer Foundation who are continuing to work closely with St. John’s Ward, Our Lady’s Children’s Hospital Crumlin and the 16 shared care hospitals nationwide to support Ireland’s fight against childhood cancer.

The main sponsor of the event was Irish Life and thanks was also extended to Strokestown Park for gifting the use of the woods and gardens as well as to all sponsors and volunteers including Fyfees Ireland, the Berg Go kart track, Dawn til Dusk  and various local businesses and community groups for their support.

'The Hub' in Strokestown made some beautiful houses and flowers for the fairy woods for the children to enjoy while a number of the girls from the Hub volunteered in the nail painting tent. Eurospar Strokestown have chosen IzzyB's and the Childhood cancer foundation as their charity partner for the next 12 months plus.

The winner of the primary schools creative writing competition was Mark Cox from Ballyfeeney National School and Eurona Brisknet, Roscommon generously sponsored a €300 sport equipment voucher for the school of the winner.

The standard in the colouring competition was excellent and there was such fabulous use of colour. It was so difficult again to choose, but in the end another Ballyfeeney National School pupil took the prize – Cillian O’Gara a 1st class student.

Congratulations to both Mark and Cillian who both won a family fun filled day out courtesy of Westport House.

The preschool/afterschool competition saw kids from around the county enter to win a fairy garden for their preschool/afterschool which was generously sponsored by the Irish Fairydoor Company. Majella from Roscommon County Childcare Committee had an extremely difficult task as judge, eventually selecting  Laura Davaney and Roscommon Playgroup, Henry St, Roscommon as the overall winner.

Izzy B’s mother, Laura O’ Rourke Cullinan extended a very special thank you to everyone who helped make IzzyB's Away with the Fairies Day a success for the fourth year.