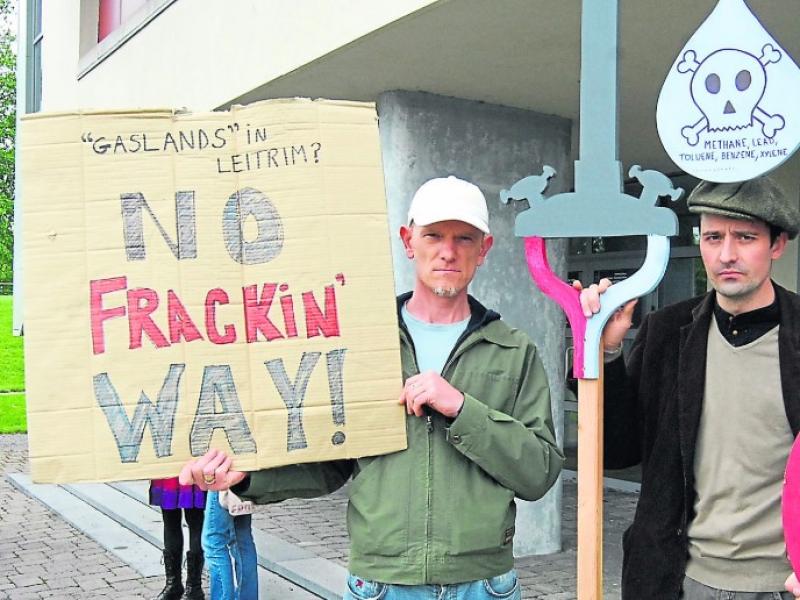 Love Leitrim were among those who welcomed the passing of the legislative ban on fracking as it completed the final stage in the Seanad yesterday, Wednesday June 28 and it will now be sent to President Michael D Higgins to be signed into law.

The final stage of the Prohibition of Onshore Hydraulic Fracturing Bill which has now passed in both the Dáil & Seanad @TonyMcLTD pic.twitter.com/EjEfWkUCCx

There was a celebratory mood for many as they posted online to express their delight that years of hard work and have resulted in Ireland becoming the third state within the EU to ban fracking.

Deputy Tony McLoughlin, who has been to the forefront of the campaign expressed his delight that the campaign has reached this stage.

Its done! Weve made history & become the 3rd state in the EU to ban #Fracking. One of proudest moments in my political career. Thanks to all pic.twitter.com/amTmuQAdRl

Love Leitrim, a group of local activists, who have campaigned tirelessly for a ban on fracking to be introduced also welcomed the news.

The Green Party and Fine Gael were among those to celebrate the passing of legislative ban on fracking.

We've made history and become the 3rd State in the EU to ban fracking. This will help protect our beautiful country. https://t.co/UHLWuKEDXs pic.twitter.com/X1hrGVZkjm

The news also received a warm welcome from Northern Ireland.

There was also an international welcome to the passing of the legislative ban on fracking.

Congrats to @love_leitrim who have won a national #fracking ban after six years of community resistance https://t.co/AARSqqT0k8 #Ireland pic.twitter.com/G5Oiyi2eOu