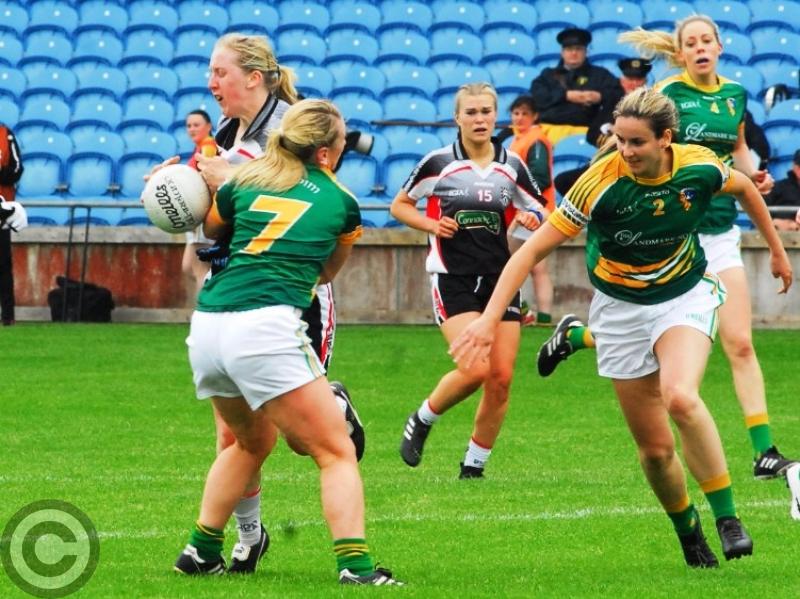 Leitrim’s hopes of regaining the Gift of Life Cup were ended when champions Sligo finished strongest to claim the TG4 Connacht Ladies Intermediate Championship title in Elvery’s McHale Park in Castlebar on Sunday.

With Leitrim leading by a point midway through the first half, it looked as if the Green & Gold were going to gain revenge on the Yeats women who defeated them in the round-robin stages.

But it was Sligo who finished strongest, outscoring Philip Brady’s team by 1-4 to 0-2 to seal a five point win and defend their title.

In what was a strange game where both teams set out to cancel their respective strengths, Leitrim were left rueing missed goal chances with Sligo keeper Noelle Gormley making good saves to deny Michelle Heslin and Ailbhe Clancy while a late Clancy effort in added time was saved by a diving Stephanie O’Reilly.

Yet Sligo had their chances too with Michelle Guckian twice denying Stephanie Reilly in the first half when Leitrim were playing with the wind.

Both of Leitrim’s goals came from Aine Tighe but the Green & Gold couldn’t get enough ball to the Kiltubrid woman in dangerous positions and it was some of Sligo’s lesser known stars who proved to be the heroes with Ciara Gorman, Laura Ann Laffey and sub Elaine O’Reilly all landing vital scores.

The loss sends Leitrim in the second round of Qualifier games at the end of the month while Sligo go straight into the All-Ireland Quarter-Finals.

Full report and reaction in this week’s Leitrim Observer, in shops Wednesday.