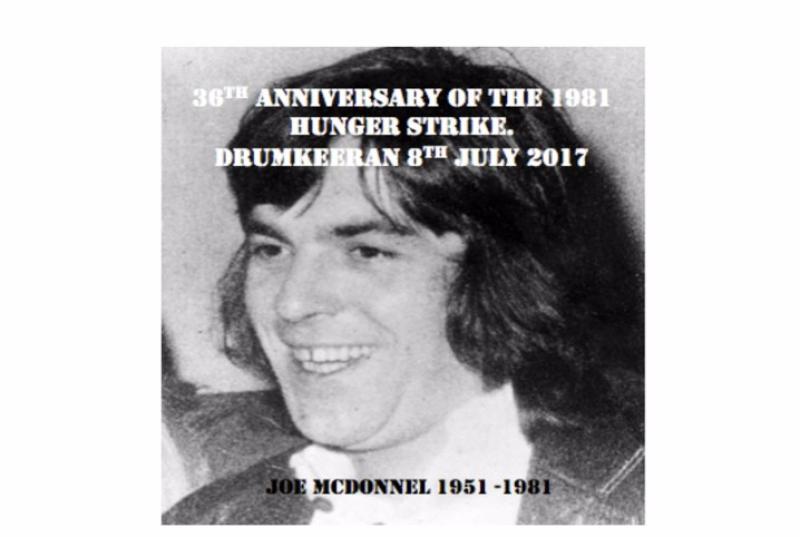 Joe McDonnell, who was on hunger strike for 61 days before his death on July 8 1981.

This Saturday, July 8, Leitrim Republicans will gather in Drumkeerin to remember the 36th anniversary of the Long Kesh Hunger Strike and, in particular, Óglach Joe McDonnell, who was on hunger strike for 61 days before his death on July 8th 1981.

During the campaign for reinstatement of "political status" for the Long Kesh prisoners Joe stood in the Sligo / Leitrim constituency in the 1981 General Election, where he narrowly missed out on becoming a TD, gaining nearly 6,000 votes.

Saturday will see a gathering at Drumkeerin's "Hunger Strike Memorial Bench" at 7:30pm, which will be addressed by Drumkeerin's own Sinn Féin Councillor, Padraig Fallon.

He will be joined by Michael Colreavy from Manorhamilton, who worked on Joe's election campaign, and Sinn Féin's current Sligo/Leitirm TD Martin Kenny.

There will then be a function in Forde's Inn, which will feature a Q&A session with South Armagh Republican Paddy Quinn. Paddy was a comrade of both Joe and Bobby Sands in Long Kesh and spent over 40 days on the hunger strike himself.

Later there will be music from Shane Cronogue. Please join us to remember this important time in Irish History. All welcome.