Left shoe print on his face as a result of stamping 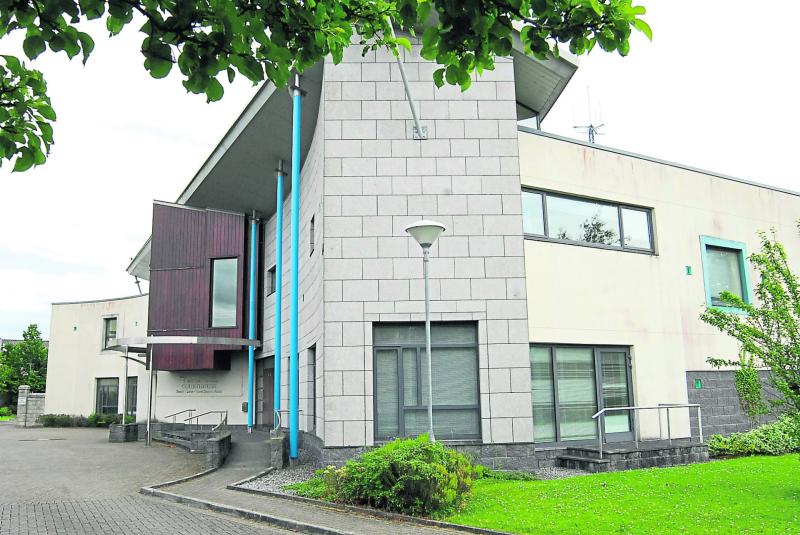 “This is far too serious to brush under the carpet and be ignored,” said Judge John O’Hagan prior to convicting Fintan McLoughlin of assaulting Enda McGreevy and sentencing him to two years in prison with the final six months suspended.

Giving evidence Gda McMahon said on September 21, 2014 the injured party had been socialising in Little Glancy’s, Carrick-on-Shannon where the defendant had also been.

At 2.50am Mr McGreevy was walking home via Park Lane while the defendant waited in his car.
Mr McLoughlin, with addresses at 32 Ardnacassa, Dublin Rd, Longford and Clooncarne, Bornacoola was said to have shouted, “I have you now you bastard” before striking Mr McGreevy several times with an iron bar in the head and face.

As a result of the injuries sustained Mr McGreevy required 14 stitches to the front of his forehead and 15 staples to the back of his head.

A statement read out from the doctor who attended to Mr McGreevy revealed he attended emergency services in Sligo at 4.04am saying he was attacked and struck.

Multiple wounds were detected including a “gaping t-shaped laceration to the temple.”

Mr McLoughlin attended Carrick-on-Shannon Garda Station voluntarily and handed a statement to Gardai and answered any questions that were asked of him. He also made a counter-allegation that he was assaulted in Little Glancy’s and that was why he carried out the assault.

Under cross-examination from Padraig McNamee BL Gda McMahon was asked about a previous altercation between Mr McLoughlin, the injured party and others to which Gda McMahon said, “No formal complaints were made.”

When it was put to Gda McMahon that the defendant was provoked, he replied, “That is what Fintan McLoughlin stated from the outset.”

Giving evidence Mr McGreevy said, “On the night in question I was the victim of a savage, pre-meditated and frenzied attack.

“I am very conscious of the scars on my face and head. All I see when I look in the mirror is the footprint of this man on my face. This man kept shouting at me he was in the IRA and would kill me. I have no doubt if he hadn’t been disturbed by people who witnessed it he would have succeeded.”

Dr Arthur Dolan gave evidence saying he has known the defendant since he was a baby. He said Mr McLoughlin was adopted and later in life found his biological parents but “It didn’t work out.”
Dr Dolan added, “He’s a big fella. He gets picked on sometimes and he retaliates in no uncertain terms.”

Under cross-examination from Donal Keane BL Dr Dolan was asked if there were any psychiatric issues, to which he replied, “no.”

The defendant’s father, Seamus McLoughlin, gave evidence in which he said Fintan is “a very good son, you couldn’t meet anyone better. He would do anything he could.”

The defendant, Fintan McLoughlin, was next to give evidence in which he offered a full apology.
“I’m very sorry for what I did to him. I am truly sorry, I just snapped. I regretted the incident and I’ve regretted it since. I’ve ruined my life. I’d like to apologise to you, Enda.”

When asked to explain his actions on the night in question Mr McLoughlin replied, “I was extremely depressed with things that were happening. I went out to have a few drinks and was attacked in the toilet.

“I am sorry for what happened, it is totally out of character. It was the stress of everything. This has been a nightmare for me.”

Addressing the Court Mr McNamee urged Judge O’Hagan to look at the defendant’s “entire behaviour as outlined by Dr Dolan and his father. He is a valuable member of the community.”

Having heard the evidence Judge O’Hagan said, “Mr McLoughlin for some reason seems to think he was being targeted, goaded and teased by a number of people who were trying to belittle him.

“Mr McLoughlin chose to leave, got in his motor car and waited for Mr McGreevy and then got out of the car with an iron bar in his hand.

Judge O’Hagan referenced CCTV footage he was informed of that shows “Mr McGreevy trying to separate Mr McLoughlin from a third party in the pub.”

Judge O’Hagan gave credit for the apology and the fact that Mr McLoughlin co-operated with Gardai.
Judge O’Hagan ruled as outlined.

The State were represented by Donal Keane BL and State Solicitor, Noel Farrell.