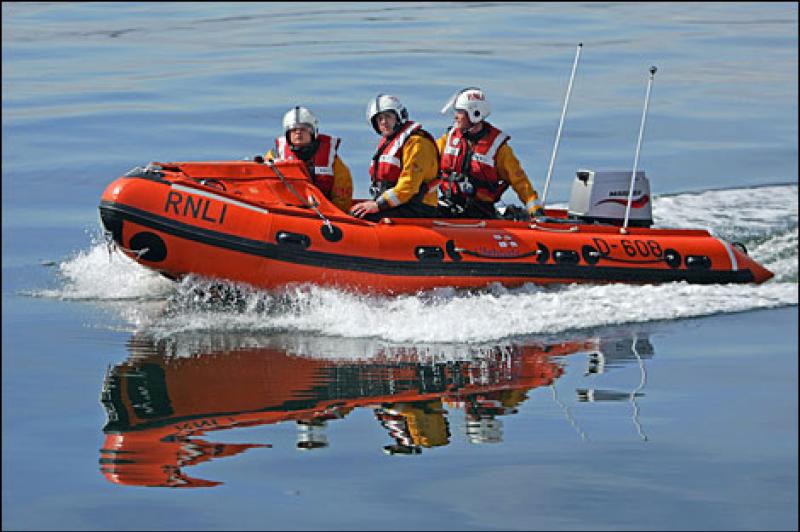 RNLI lifeboat from Bundoran and the Sligo-based Rescue 118 helicopter attended the scene.

A group of GAA footballers got into difficulty in Bundoran, Co Donegal, yesterday after they entered the water at Tullan Strand to cool down following a training session.

Concerned onlookers called the Coast Guard when the strong currents at Tullan began to carry a number of the Fermanagh GAA minor team and one of their management out to sea and into the rocks.

The RNLI lifeboat from Bundoran and the Sligo-based Rescue 118 helicopter attended the scene.

Meanwhile, a group of surfers, one of whom is a crew member with Bundoran RNLI, entered the water on boards and helped the footballers to safety.

The lifeboat crew attended to eight of the players, some of whom were bruised and some who had swallowed sea water before ambulances arrived.

A number of the casualties were taken to Sligo University Hospital as a precaution.

Following the incident, James Cassidy of the Bundoran RNLI said: "We would remind locals and visitors alike that Tullan Strand and particularly the area along the cliffs is notorious for rip currents and under currents and is really not suitable for swimming.

"Rips are strong currents running out to sea which can catch even the most experienced beach-goers out.

"Bundoran's main beach is supervised by lifeguards all summer long and provides the best option for safe, supervised swimming during the summer period.

"Should you get caught in a rip, the best advice is to stay calm and don't panic. Swim parallel to the beach until free of the rip, then make for shore," said James Cassidy.

Further sea safety advice can be found on www.respectthewater.com.