Huge range of activities on the day 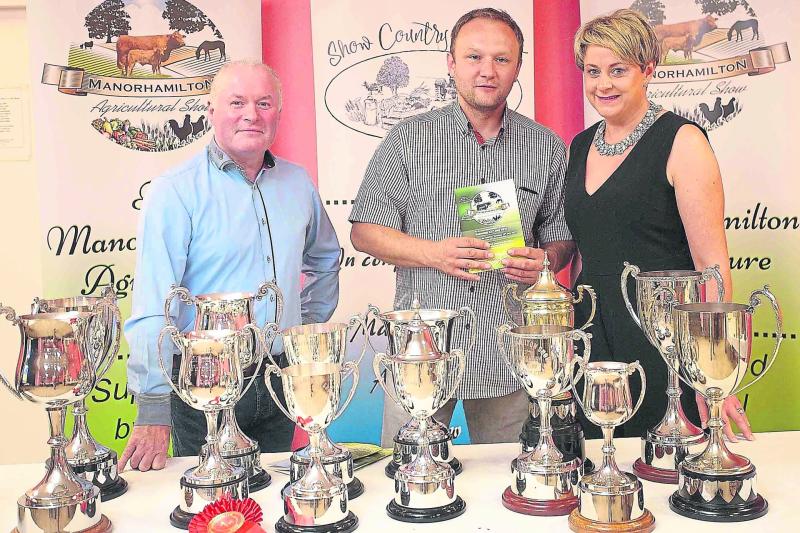 Manorhamilton Agricultural Show Day, one of the best day's out in Leitrim each year, will take place on this coming Saturday, July 22 in the Bee Park.

All exhibits will be on display from 10am in the Bee Park when judging commences. The afternoon field events will get underway at 1pm and the judging of the Show's pet section takes place at 2pm while the tug-of-war teams start pulling at 3.30pm.

The Show will have prizes on offer for the Best Dressed Lady, the Most Appropriate Dressed Man, the Young Farmer and Farmerette. Among the Show's other afternoon happenings of interest will be a Manor's fittest teens contest, a chainsaw sculptor demo, a puppet show, a sheep shearing contest, a Show Country Markets display, novelty events, a penalty kick contest, children's novelty events, sheep dog trials and much more.

On Show evening there will be singing session on Main Street where well-known singer Paul Kelly will entertain, from 6pm to 9pm,  what is expected to be a large crowd who will be in town for all the interesting events that will have taken place earlier in the day in the Bee Park.

The North Leitrim Macra na Feirme branch is the main organiser of the Paul Kelly singing session on the street plus other entertainment and it is a new welcome development this year for the Manorhamilton Show promoters. Meantime the Show's main sponsors again this year are Connolly and McDonald Monumentals.

Among the popular trade stands that will be in the Bee Park for a second year in a row will be the Show Country Markets stand under the direction of Eimear O'Donnell. It promotes the best of Leitrim and locally produced food, etc., and proved very popular last year.

There will also be a big number of other trade stands from all over the country in attendance during this year's Show Day. Due to unavailability of the Bee Park's soccer pitch, as well as for  health and safety reasons, Manor Show will not have its ponies and horses events on Saturday.