The film's visual sweep is assisted by rich archive footage 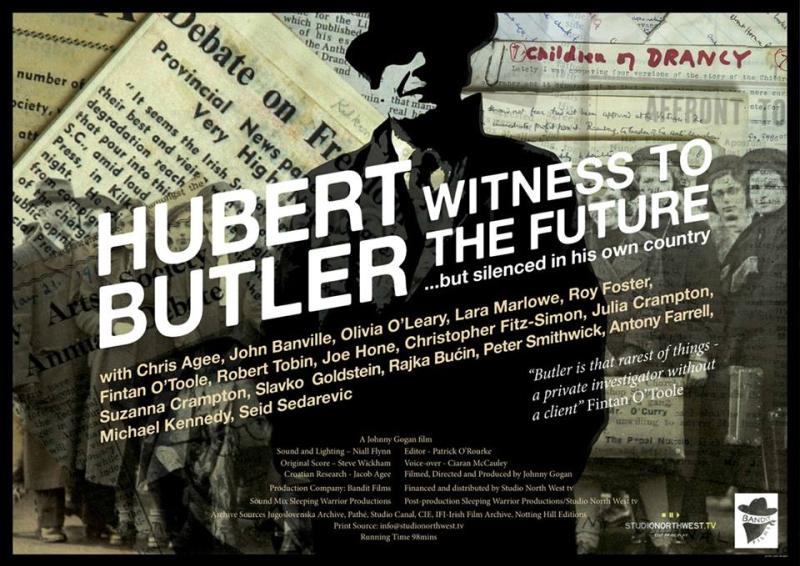 A film produced by two companies based in Dromahair is to be transmitted on RTE 1 on Wednesday, August 9 at 9.30pm.

'Hubert Butler - Witness to the Future' was produced by Johnny Gogan's Bandit Films and Patrick O'Rourke's Sleeping Warrior Productions and received rave reviews when it was launched last year.

Operating as writer and market gardener from his base in rural Kilkenny, Hubert Butler explored

Eastern Europe and the Balkans, establishing himself as “Ireland's Orwell”, our greatest essayist since Jonathan Swift. In this, the first documentary on Butler and his work, Johnny Gogan traces the writer's journey through Stalinist Russia of the early 1930s, through pre­-war Vienna where Butler worked to smuggle Jews into Ireland, to his his exposure of the hidden genocide of half a million Orthodox Serbs in WW2.

Using recently declassified documents, this highly visual and expansive film explores why Butler “was fifty years ahead of his time” and “one of the great Irish writers".

Poet Chris Agee and biographer Robert Tobin lead the line of an impressive set of contributors in Johnny Gogan's fifth feature film in drama and documentary and his follow up to Black Ice which premiered at this festival in 2013.

Steve Wickham (The Waterboys) provides an original score with a suitably Balkan flavour while the film's visual sweep is assisted by rich archive footage.