€45k has been allocated by Leitrim County Council for hedge cutting 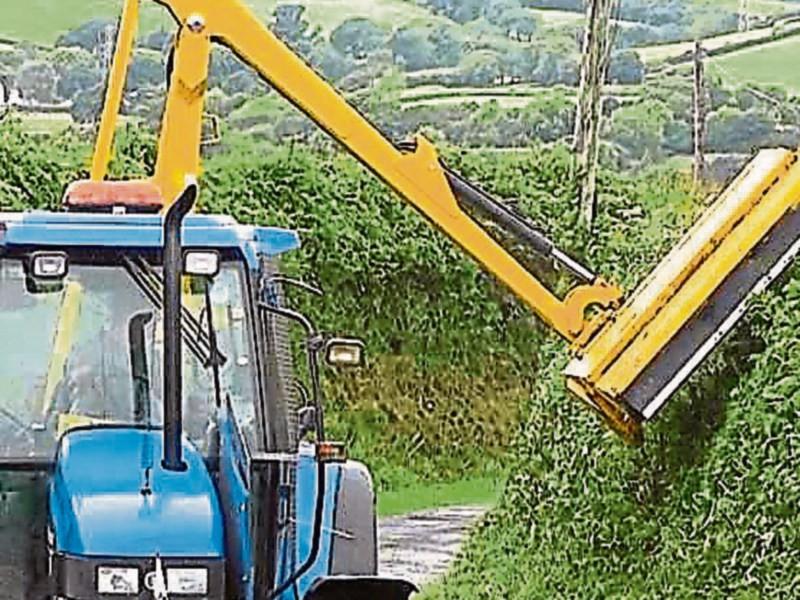 At last Monday's monthly meeting of Manorhamilton Municipal District a motion was put forward by Cllr Sean McDermott in which he stated he had been contacted by a number motorists whose wing mirrors have been damaged or broken on the R281 between Kiltyclogher and Rossinver as a result of overgrown hedges.

Cllr McDermott stated, "For the driver it is a nightmare, something needs to be done. You need to stop when two cars meet never mind when you meet a lorry.

A reply from the Senior Egineer, Roads stated, "The road in question will be assessed and we will try and establish the names of the landowners with hedges that are a hazard to road users where upon we will write to the land owner under the Road Acts instructing them to cut/maintain the hedges/trees.

Padraig McShera, District Engineer Leitrim County Council added that "€45k has been allocated for hedge cutting. We can't afford to spend anymore of the discretionary funding.

"It is up to landowners to cut hedges. Every road that you drive on there is a hedge issue."

Cllr Felim Gurn responded saying, "The main issue is everyone is getting calls about hedges. If something isn't done we won't be able to pass on roads, they are going to be impassable. I know school buses that won't go on these roads for fear of losing wing mirrors. Lorry drivers are the same."

Cllr Warnock added, "It is a disgrace. The road into Kiltyclogher is a regional road not a local road."

In reply Cllr Frank Dolan said, "This discussion takes place at this time of year, every year. If you were to do every road it would cost millions. Land owners will have to take responsibility.

An issue of cutting Japanese knotweed was also discussed with Mr McShera insisting, "It is the landowners responsibilty."

Following a question from Cllr Warnock in relation to whether or not Leitrim County Council use 'round-up' Mr McShera replied, "We don't use it at all."