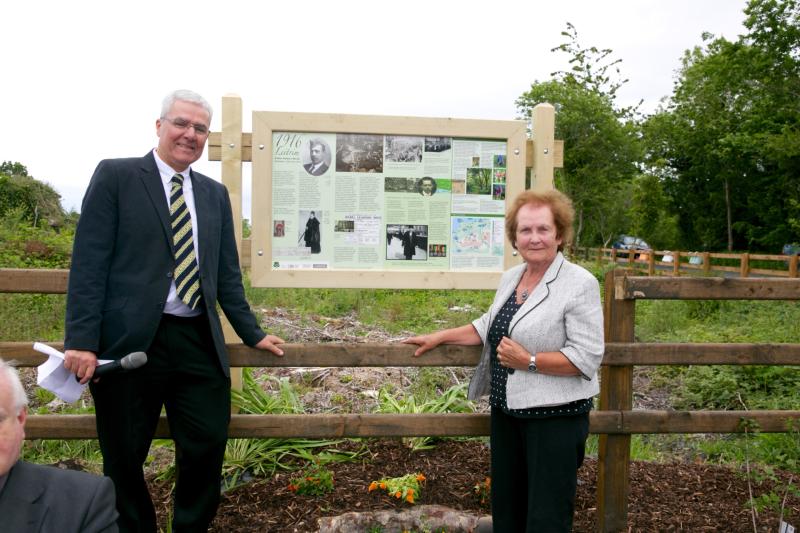 John James (J.J.) Reid was honoured at his birthplace in Tawley, Co Leitrim on June 17, 2017, the 100th anniversary of his release from prison.

J.J. Reid was born in Tawley, Co Leitrim on July 12, 1878. His parents were Thomas Reid, a native of Co Fermanagh, and Catherine Rogers, a local Tawley girl. Thomas, a Policeman in the Royal Irish Constabulary, was posted from Tawley to Dublin and the Reid's moved to the capital. 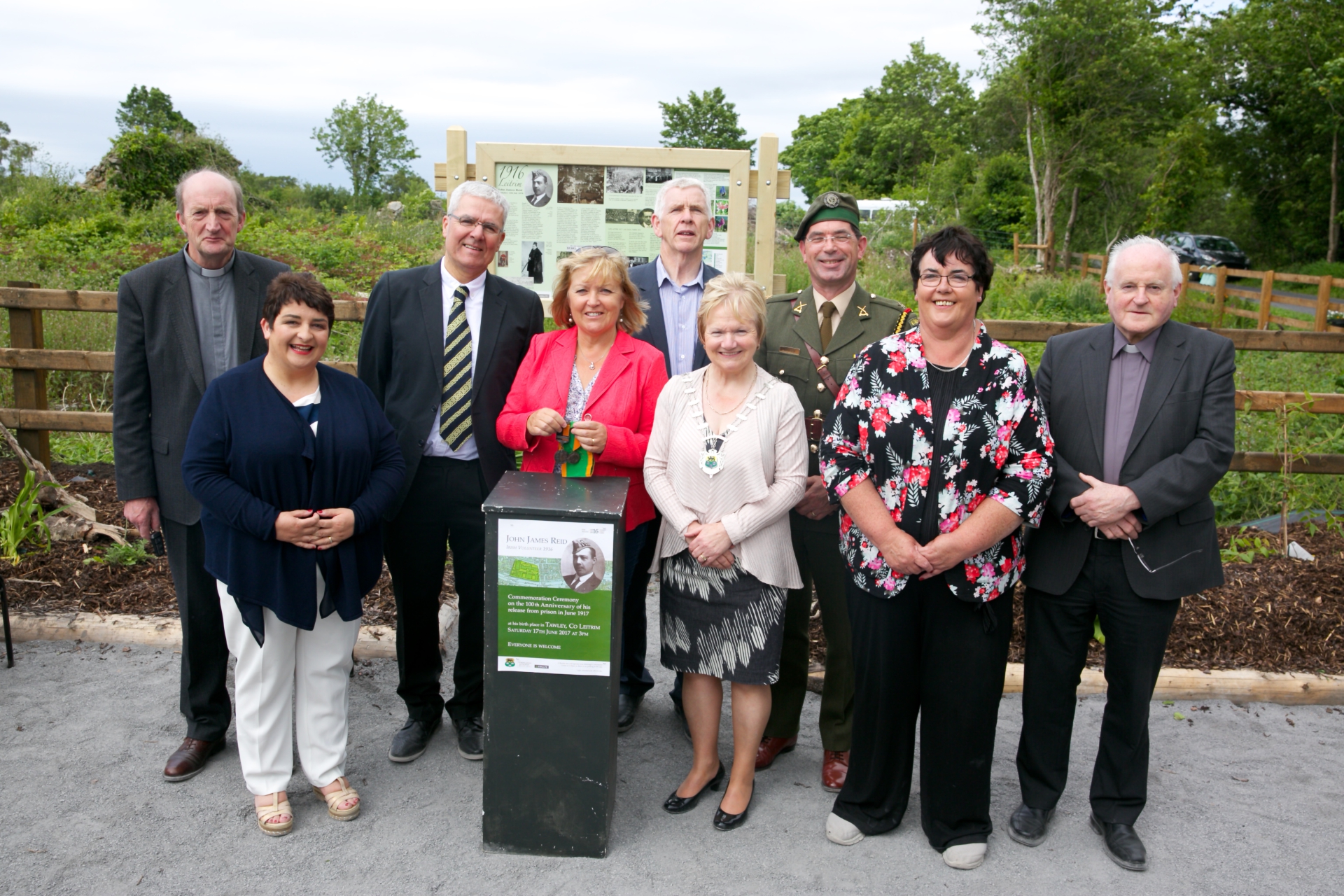 J.J. fought in the Four Courts during the 1916 Rising. The Rising was defeated and the Four Courts surrendered on April 30. He was court-martialled in early May and sentenced to death. This was commuted to 10 years penal servitude. He spent time in three English prisons and was among the last of the 1916 prisoners to be released on June 17, 1917.

A large crowd attended the ceremony including members of the Reid and Rogers family. Two of his grandchildren, Patricia Hendricken and Dr John Reid unveiled a memorial in his honour and his 1916 medals were on display on the day.
Siobhan McGloin was MC and Rev Fr Thomas Keogan and Rev Noel Regan gave a blessing.

The 1916 Proclamation was read by Commandant Mark Davern. A poem was written and read by Winifred Mc Nulty, Hannah Brennan sang ‘Grace’ to mark the connection between JJ Reid who was court-martialled and sentenced to death the same day as Joseph Mary Plunkett, who married Grace Gifford a few hours before he was executed. 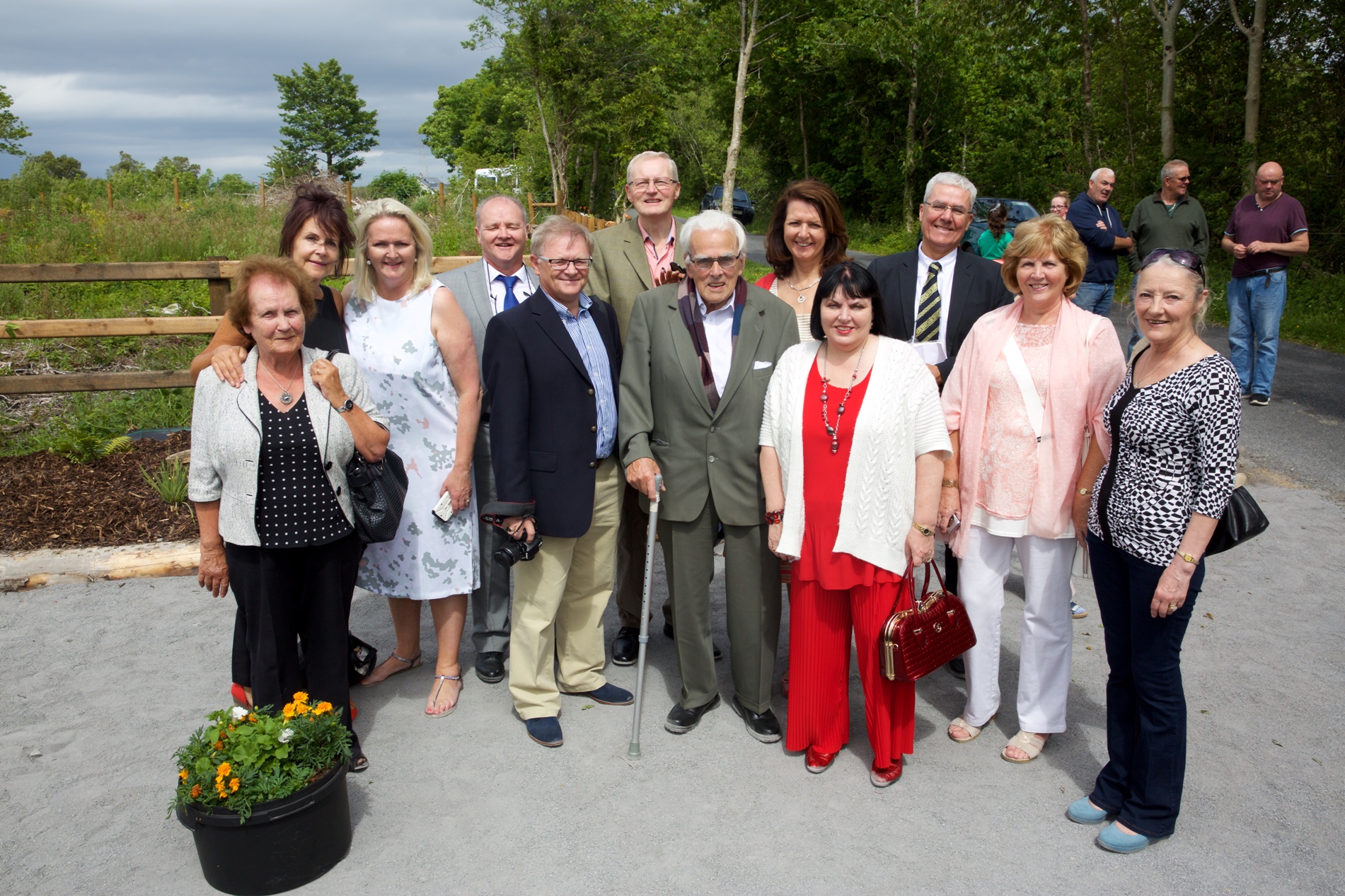 Aideen Connolly, Townlands & People Heritage Group, presented a slide show on the research and journey undertaken by the Reid family and the local community to date.

How it all came about
In 2015 J.J. Reid's family knew that J.J. was born in the Leitrim area but not where. Having e-mailed the Leitrim 2016 Commemoration Co-ordinator Sinead McDermott, who in turn contacted local historian and researcher John Bredin, the search was on to uncover details of the connection.

During his research John identified Kinlough as a possible location and because of previous research carried out, initially by Siobhan McGloin during The Leitrim Roots Festival in 2013 and subsequently by Aideen Connolly and Sheila Brennan of the Townlands and People Heritage Group during The Gathering in 2013, they were able to establish the birthplace of J.J. Reid as house No 3 in Tawley. 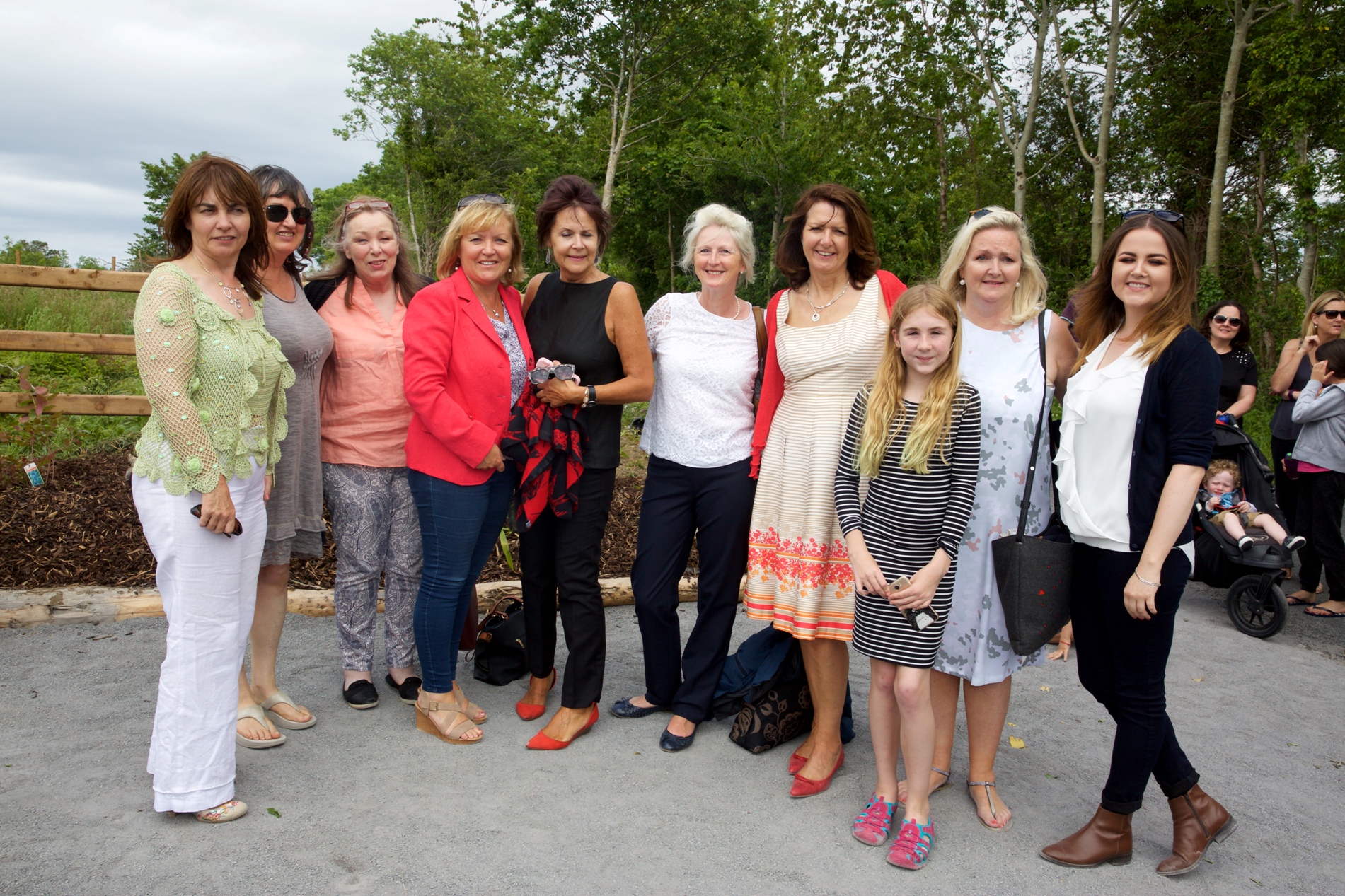 The house ruins were located in a Coillte forest with trees growing amongst them. Brian McGarraghy, Coillte, gave the group tremendous help with the project.

Through funding from Leitrim County Council 2016 Centenary Fund, the site has been marked and preserved as a historical landmark for future generations.

Sinead McDermott, Leitrim 2016 Co-ordinator said ‘on behalf the Leitrim 2016 Committee and Chairperson Paddy O’Rourke, we would like to thank both John Bredin and Siobhan McGloin for their assistance and efforts with the research, it was very much in the spirit of the 2016 Commemoration.’

A report was commissioned; land and archaeological surveys were carried out. The trees were carefully hand harvested to protect the ruins and the area fenced off by Coillte contractor Thomas Cull. 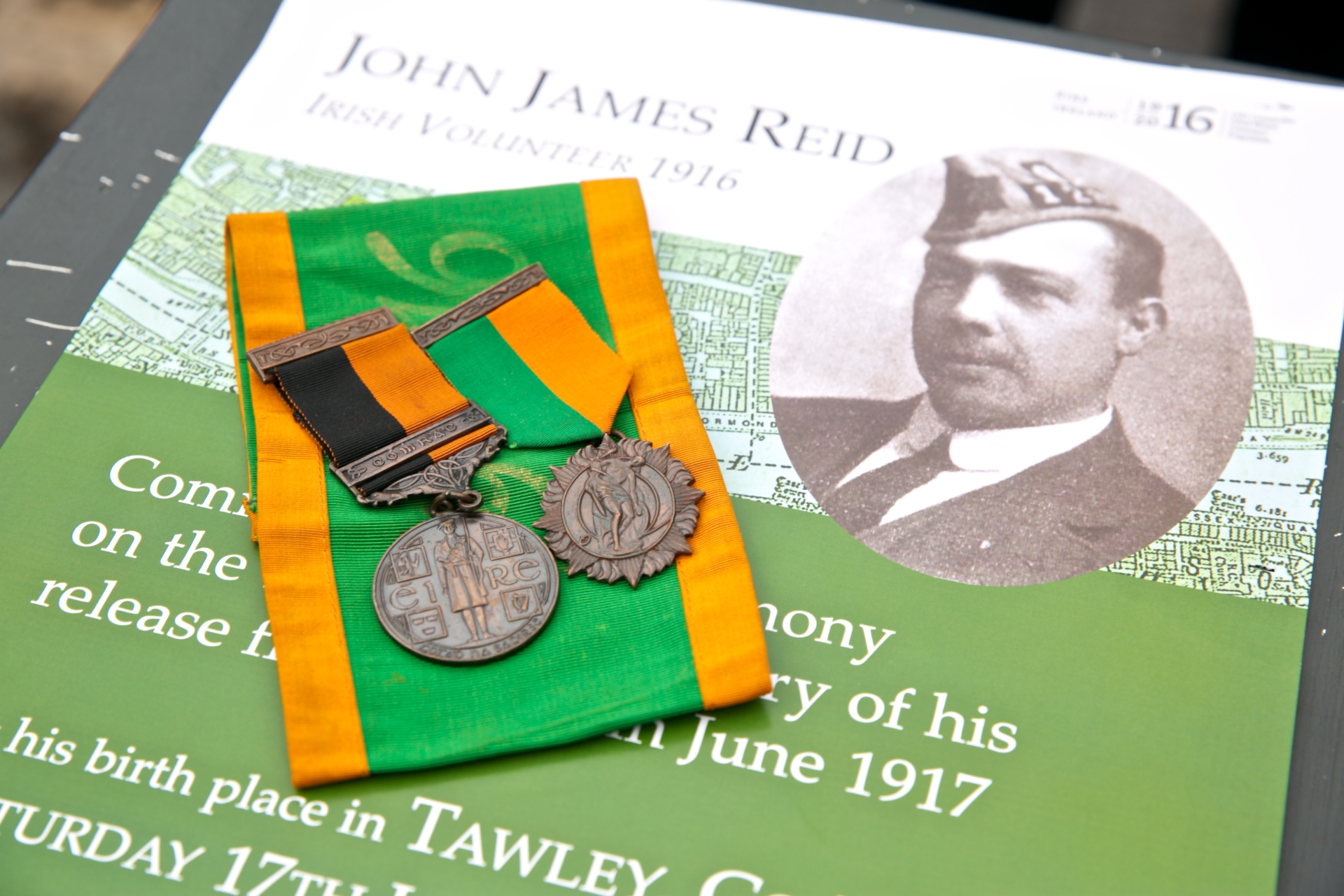 A native flower garden was planted with the help of local volunteers, FAS workers, neighbours and friends.

Aideen Connolly visited local schools with a short slide presentation on the project. Children in Ballintrillick, Castlegal, Cliffoney and Kinlough national schools planted green white and gold flowers in pots displayed at the site. It was a real community effort that commemorates and remembers a Leitrim 1916 volunteer.

The site is situated on the L2075, approximately 4 miles out the creamery road from Kinlough village.