Proven to reduce crime in towns 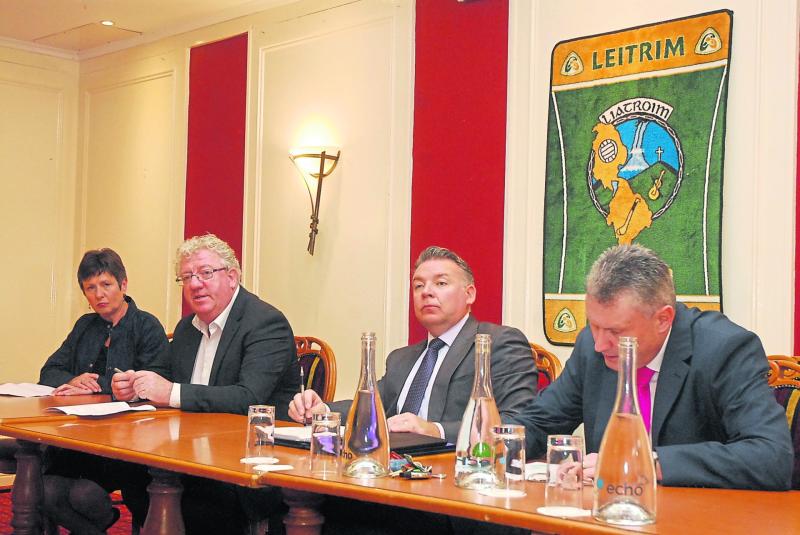 Plans for the installation of CCTV cameras in Carrick-on-Shannon were outlined at an information evening in The Bush Hotel last Monday.

The community owned CCTV system is expected to cost in the region of €100,000 with grant aid available to the community up to €40,000 and up to a maximum of 40% of the overall cost. Eleven proposed locations around the town were outlined.

Chairman of the steering group tasked with raising the funds for the project, Joe Dolan, told the meeting of the need for such a surveillance system in Carrick-on-Shannon and outlined the efforts that have been put in place to raise the additional €60,000 that is now required to fund the surveillance cameras in the town.

Carrick-on-Shannon is a growing town and Mr Dolan said it has a dependency on the night time economy which bring its own issues in terms of public order and anti-social behaviour, urinating on the streets and damage to property and vehicles.

“Assaults are occurring with alarming and increasing frequency and increasing magnitude as well,” he said, and referenced some serious assaults that have taken place in the town which resulted to the victims sustaining life-changing injuries.

He said the vast majority of assaults are probably not even reported but added that it's not all about the night time economy either, with a lot of instances of shop lifting, fraudulent currency deceptions, and traffic issues.

“There's quite a lot of CCTV coverage about the place but they're all different, not compatible, with different levels of quality and resolution and also a lot of black spots where there's no continuity in the town,” Mr Dolan said.

“There's very compelling evidence that public CCTV system dramatically reduces the instances of crime in towns and dramatically increases the detection rates and subsequent convictions so it really is a no-brainer to have one.

A cross sectoral community group comprising businesses in the hospitality sector, residents, gardai, the local authority and public representatives was formed as a steering group and, with the support of the local authority, are in a position to lodge an application for funding.

Mr Dolan said they will be undertaking a sharp and focused campaign in the next five weeks to raise the necessary funds for the project.

He said there is a lot of good will to date with MRD and Leitrim County Council already committing €10,000 each and The Bush Hotel committing €5,000, with numerous other commitments of €1,000 and €500.

The group will now target people associated with the night time economy and people who are primary beneficiaries, as well as medium sized businesses and Leitrim diaspora who have done well in corporate life.

A data base has been set up with 218 potential contributors to be contacted in the coming weeks.

There are 11 proposed CCTV camera locations in the town to be sited on public light poles, public buildings and private buildings.

10. On public light column at N4/R368 junction opposite Glancy's - Covering roundabout area at junction of Elphin Road and N4 in Cortober.

“No amount of money will be too small or too large. The community has been very good with these sort of initiatives like the Ambassador programme, text alert, Purple Flag, neighbourhood watch, etc and with the same support and good will I am confident this project will deliver and as a result Carrick will be a better place to live, to work, to visit to enjoy in safety,” Mr Dolan said.

A number of points regarding the operation and monitoring of the cameras and data protection issues were raised which will be discussed further and ironed out once the funding is secured.