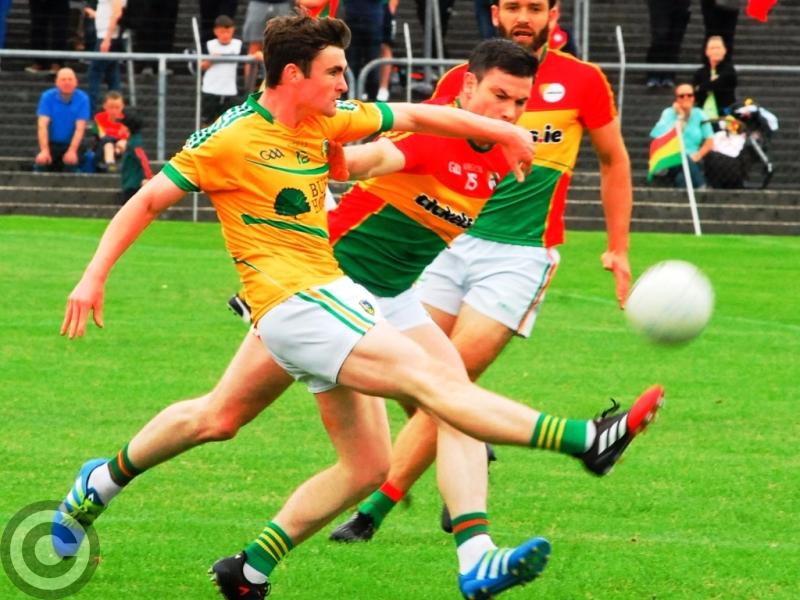 Ryan O'Rourke in action for Leitrim against Carlow. Photo by Willie Donnellan

Ryan O'Rourke was the main man as Fenagh St. Caillin's maintained their unbeaten start to the Fox's Monumentals Intermediate Championship on Thursday night when they outclassed 14 man Aughavas.

County star Ryan O'Rourke scored 2-7 on the night and set up two more goals for Alan Doonan and Donal Wrynn as Fenagh secured their second win of the campaign in an historic Thursday night game in Cloone, the first in the history of Leitrim GAA.

The Thursday night fixture had attracted some criticism but the fixture was agreed by both clubs who were happy to play the historic game which will followed by the Friday night meeting of Gortletteragh and Ballinamore Sean O'Heslin's.

Aughavas's cause was sunk as early as the 11th minute with a straight red card for Niall Gallogly and with Fenagh already two points to the good, the men in red & black exploited the space in the Aughavas rearguard.

Aughavas, minus three first choice players, trailed 2-6 to 0-3 at the halftime break and it would get no better as Fenagh cruised to a 19 point victory.