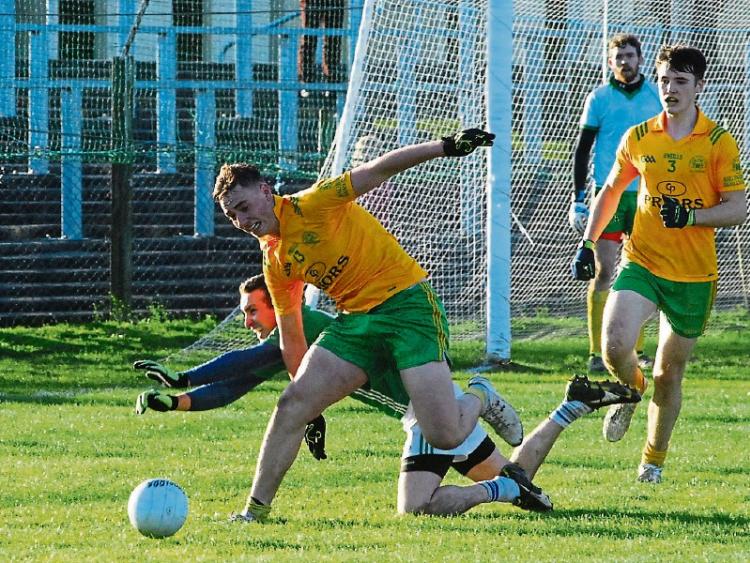 Ballinamore Sean O'Heslin's sent out a message to the rest of the competition in the Connacht Gold Leitrim Senior Football Championship when they outclassed a poor Gortletteragh under lights in St. Mary's Park Cloone on Friday night.

After a comprehensive but less than impressive win over Allen Gaels in the first round, last year's Intermediate Champions quickly set out laying out their championship credentials with a dominant display that left Gortletteragh floundering in their wake.

Once Niall McGovern goal after just 11 minutes, there was only going to be one winner and a second goal from McGovern six minutes later saw the Ballinamore men establish a massive 2-10 to 0-4 halftime lead.

McGovern would go on to score 2-7 before he was taken off midway through the second half as he gave a demonstration of full-forward play.

Gortletteragh lost Cathal McCrann to injury before halftime but they were never able to threaten a Ballinamore side who boast fearsome strength in depth with players like Mark McGrory, Peter Reynolds and Barry McGovern all seeing action off the bench in the second half.

With a heavy loss last week to Melvin Gaels and now with the scale of this defeat, Gortletteragh look in real trouble in this group and must regroup quickly if they are to avoid a drop to the Intermediate ranks.

See next week's Leitrim Observer for an in-depth report on Ballinamore's victory and all of the games over the weekend.