‘Drop in’ centre for information on workplace issues 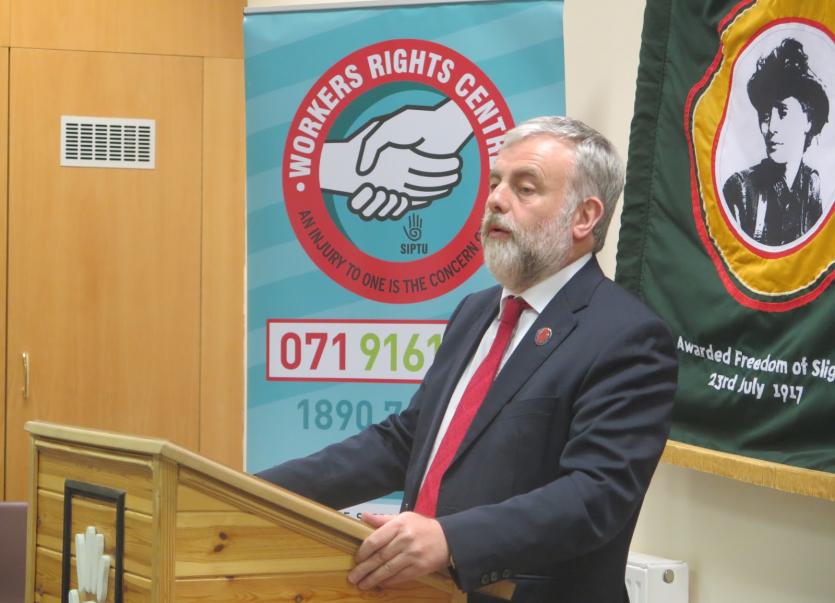 The Centre was officially opened by Jack O'Connor, President of SIPTU.

A Workers Rights Welcome Centre, which is open to all workers who wish to ‘drop in’ for information on workplace issues, was launched by SIPTU General President, Jack O’Connor. The Centre was opened on July 28 in SIPTU Office, Hanson’s Retail Park, Cleveragh, Sligo.

“Centres already operate in Dublin, Tralee Navan and Cork where Advocates and Information Assistants already provide advice and representation to workers every day. In many incidences they have saved the jobs of workers or satisfactorily addressed their grievances.”

She added, “Workers in the Sligo/Leitrim/Roscommon area who are suffering unfair treatment at work and who want to talk to someone face to face in a confidential and empathetic setting, will be able to drop in to the Centre, which will be open from 10 a.m. to 4.00 p.m. Monday, Tuesday and Wednesday.  Workers can also ring the Centre on 071 - 9161841.”

The WRWC network is complemented by the Worker Rights Centre website and dedicated helpline number of 1890 747 881. These services are provided by the trade union SIPTU, in solidarity to all workers (members and non-members) who need them.

SIPTU Sectoral Organiser, John McCarrick, said: “Many workers are employed in precarious, intolerable and inequitable situations, while others simply want to improve their pay and conditions, this makes it critically important that they organise themselves and join a union.”

Head of the WRWC, Tom O’Driscoll, said: “The forerunner to the WRC was established in 2010. The WRC is the single biggest user of the State’s employment rights bodies recovering close to €25 million in compensation for workers.”