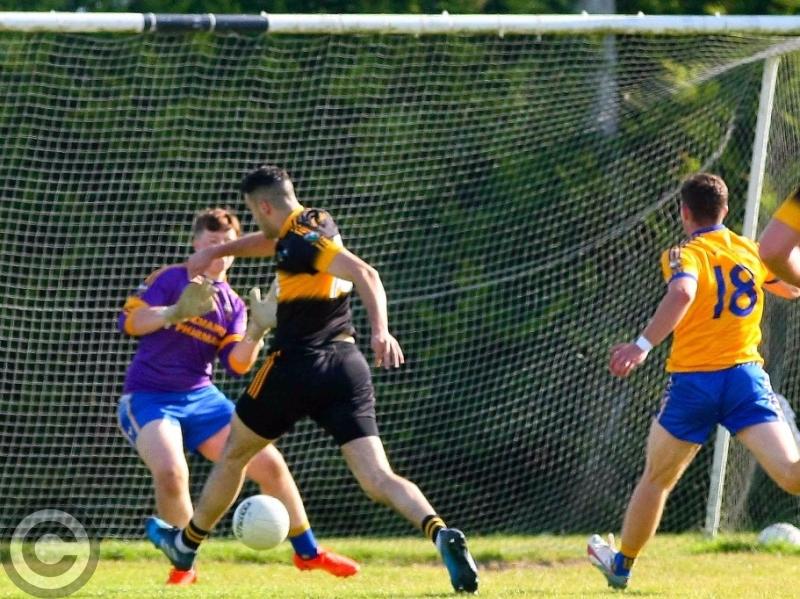 The Connacht Gold Leitrim Senior Football Championship truly came alive on Saturday evening when Bornacoola provided the first major shock of the 2017 Championship when they defeated Glencar/Manorhamilton in Drumshanbo.

The north Leitrim men, undefeated going into the game in Shane McGettigan Park Drumshanbo, were expected to defeat Bornacoola quite comfortably but after a stunning first half, the Bors led by an incredible 2-9 to 0-4 at the halftime interval.

Bornacoola would score just two points in the second half but despite a furious fightback and a desperate rearguard action, Glencar/Manorhamilton were unable to rescue the game as they fell to their first defeat, 2-11 to 0-13.

Bornacoola’s result meant even more with how results went elsewhere - St. Mary’s demolished a struggling St. Patrick’s Dromahair 4-17 to 1-3, having led by a staggering 3-11 to 0-1 at halftime to stay in control of Group 2.

With Drumreilly beating Annaduff 3-10 to 2-10 in a tight, hard fought encounter, it means that St. Mary’s have six points, both Glencar/Manorhamilton and Drumreilly have four while Bornacoola and Annaduff have two each.

However, Glencar/Manorhamilton have to face both Drumreilly and St. Mary’s and a win for Drumreilly would guarantee them a place in the quarter-finals and leave the north Leitrim men vulnerable.

Annaduff and Bornacoola both have to face Dromahair but Bornacoola take on Drumreilly in their last match while Annaduff have a derby with St. Mary’s which means that all four places in the quarter-finals are still up for grabs.

In Group One, Mohill had to battle hard to see of a resilient Gortletteragh 0-12 to 0-6 in a dour defensive struggle on Saturday evening in Cloone. The League champions led 0-5 to 0-1 at halftime and struggled to overcome the defensive structure put in place by Gortletteragh.

Despite the loss, it was an improved display for Gortletteragh who lined out without Cathal McCrann, Niall Woods, Francie Flynn and Conan Clarke.

Melvin Gaels had seven points to spare against Allen Gaels, 1-12 to 1-5, and they need just one more win to join both Ballinamore Sean O’Heslin’s and Mohill in the quarter-finals.

The battle for the last spot is intriguing - Aughawillan have the upper hand with one victory but must face both Mohill and Gortletteragh. Gortletteragh also take on Allen Gaels so a shock over the reigning champions could lift them into the top four places.

In the Fox Monumentals Intermediate Championship, Fenagh St. Caillin’s booked their place in the quarter-finals with a comprehensive 3-14 to 1-9 win over Eslin, having led 1-9 to0-5 at the halftime break.

Aughnasheelin could have booked their place in the knockout stages but dropped their first points with a 1-11 apiece draw with Ballinaglera, a result that moves the north Leitrim men back above Eslin in the battle for the quarter-finals.

In the final game of Saturday, Mohill demonstrated their strength in depth when they stunned Kiltubrid 1-16 to 0-18 in a thrilling encounter in Cloone. Kiltubrid looked well in control as they led 0-12 to 0-7 at halftime but just one point in the first 23 minutes saw their challenge falter badly.

Despite having played a game just beforehand, Mohill launched a stunning comeback and an unanswered 1-6 put them in control of the game with five minutes to go.

Kiltubrid fought back and four unanswered points, including two from Stephen McLoughlin in five minutes of injury time, almost rescued a draw as Mohill held on for their first victory.

The full results from Saturday’s games are as follow: