Roscommon to sell All-Ireland U17 Final tickets through clubs 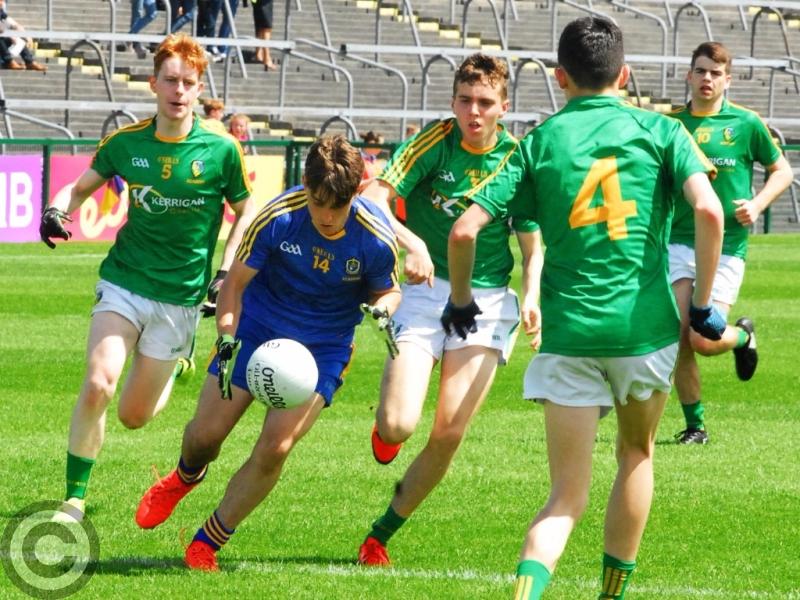 Leitrim in action against Roscommon U17s earlier this year. Photo by Willie Donnellan

Roscommon fans will have to go through their clubs if they want tickets to watch the county’s U17 team in the All-Ireland Final thanks to the sold out signs having already gone up for the highly anticipated clash of Dublin and Tyrone.

The GAA announced early last week that the meeting of the reigning All-Ireland Champions and the Ulster standard bearers was sold out which left Roscommon fans in a quandary after their U17 footballers defeated a highly fancied Kerry last Saturday in the semi-final.

The game will be the first of a triple bill on Sunday, August 27, with a 12 noon throw-in followed by the All-Ireland Minor Semi-Final involving Dublin and Derry at 2 pm  and the monster clash of the Dubs and Tyrone.

In a statement released this morning, Roscommon GAA stated they had received an allocation which they said “is unlikely that Roscommon GAA will get a sufficient allocation of tickets to meet the demand of our supporters” and said that tickets will be distributed by the clubs.

The statement in full read: Following the All Ireland Semi Final victory in Ennis on Saturday last our Under 17 Football team will now contest the All Ireland Under 17 final which will be played on Sunday August 27, at 12 noon in Croke Park.

As this game is part of the “sold out” Dublin v Tyrone All Ireland Semi Final Bill it is unlikely that Roscommon GAA will get a sufficient allocation of tickets to meet the demand of our supporters. Therefore, the available tickets for the game will not go on general sale and will be allocated through the clubs in the county.

When Roscommon GAA have more information it will be shared on www.gaaroscommon.ie