Fall in uptake in Sligo and Leitrim 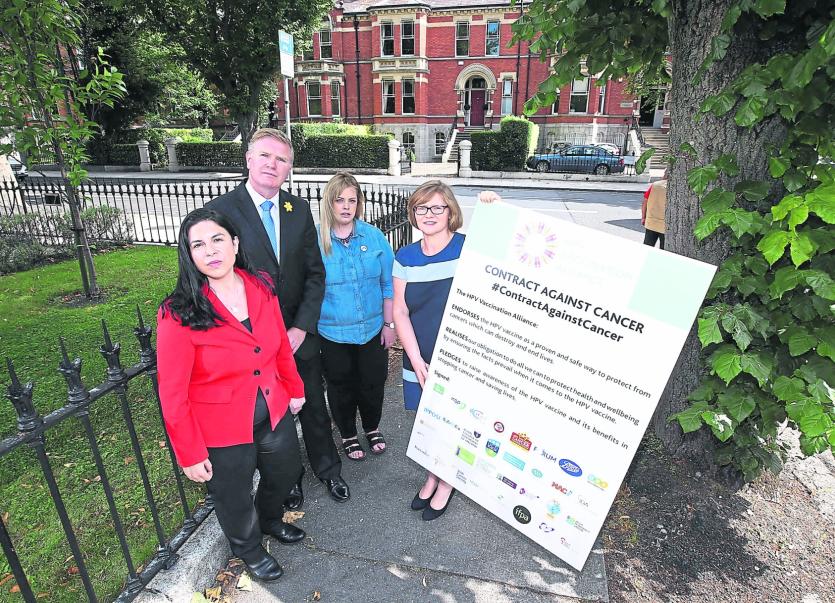 The dramatic fall in the uptake of the HPV vaccine in the Sligo and Leitrim area requires “urgent action for it to be addressed”, the newly-formed HPV Vaccination Alliance has told the Leitrim Observer this week.

The Sligo/Leitrim region has seen a steep drop in the uptake of the HPV vaccine, which protects against the strains of Human Papilloma Virus (HPV) which cause seven in 10 cases of cervical cancer in women.

In the 2015/2016 school year 197 Sligo/Leitrim schoolgirls declined uptake of the vaccine. This meant just 70.9% of girls eligible to receive the vaccine in Sligo and Leitrim actually got it, down from 87.2% the previous year.

Provisional figures show that uptake fell even more sharply in 2016/2017, falling to as low as 50% nationally.

Responding to this, more than 30 organisations have come together to express their alarm at this decline.

In a statement issued to the Leitrim Observer the newly formed HPV Vaccination Alliance noted: “This year alone, up to 420 people in Ireland will be diagnosed with a cancer caused by HPV infection. Almost 300 of these will be cervical cancer cases. A further 6,500 women will need hospital treatment to remove precancerous growths in their cervix caused by HPV.

“Cervical cancer is the second most common cause of death due to cancer in women aged 25 to 39. In 2017, more than 90 Irish women will die from cervical cancer and those who survive will need intensive treatment, such as surgery, radiotherapy and/or chemotherapy, to help them overcome this invasive disease. This treatment almost always results in infertility.

“This new school term around 30,000 first-year secondary school girls will be offered the vaccine as part of a national vaccination programme which began in 2010. While national uptake of the vaccine reached a high of 87% in the 2014/2015 academic year, in just two years this has fallen to 50%, largely due to misinformation about the vaccine spreading on social media,” said the Alliance.

“Last year’s low uptake will result in a minimum of 40 deaths. Another 100 girls will need life-changing treatment and 1,000 more will need invasive therapy.

“In coming together, the HPV Vaccination Alliance is unequivocal: the HPV vaccine is safe and saves lives. To highlight this, Alliance member organisations have signed a Contract Against Cancer.”

“It’s only natural that parents are fearful when they hear claims about a vaccine. It’s terrible that young girls get sick, but to link their illness to a life-saving vaccine when all the research shows no link is dangerous and threatens lives.”

“The World Health Organisation and the European Medicines Agency have concluded that the injection is safe and has no link to any serious illnesses,” he said.

“All the evidence does show, however, that the vaccine prevents cervical cancer. That’s why the decision parents make now on the vaccine can have serious consequences for their daughters.”

However, Annaduff teenager Rebecca Hollidge and her family blame the severe medical issues Rebecca has been suffering from on the HPV vaccination she received three years ago.

Rebecca suffers chronic pain, muscle weakness and short term memory loss as well as severe exhaustion that means, at times, she sleeps almost 20 hours each day and has to use a wheelchair to get around. In the end Rebecca had to go abroad for treatment in a bid to get help and some relief from her symptoms.