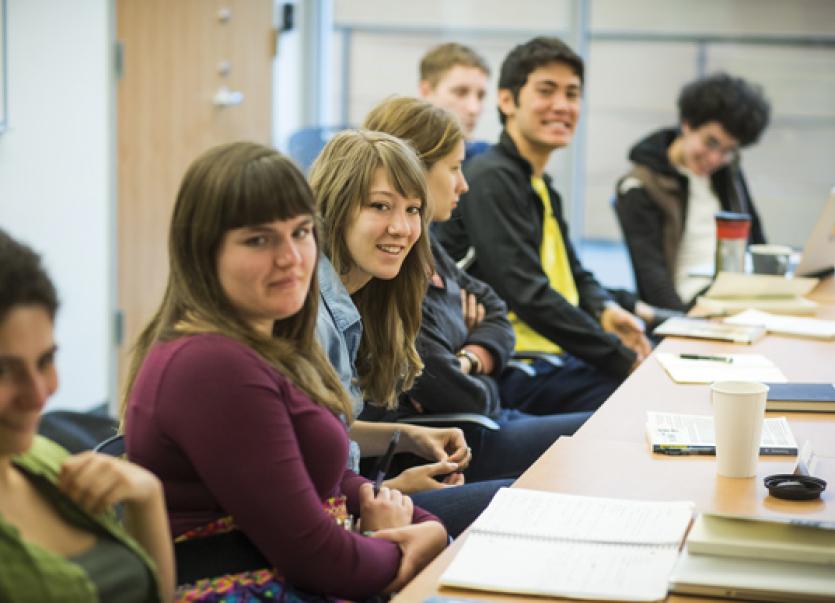 As Leaving Certificate students mull over their CAO offers, they can take heart that the majority of third level students are now highly optimistic about their future job prospects. A new survey, commissioned by the Irish League of Credit Unions (ILCU), has examined the attitudes and concerns of 474 third level students and 539 parents of college-going students.

What the Students Say;

75% of students expect to find work in Ireland when they finish third level, compared with just 39% in 2011 at the height of the economic recession.

Less than a third of students (30%) expect to have to emigrate to find work, compared with a huge 75% in 2011. 10% of students now say they will actively look for a job overseas – down significantly from 32% six years ago. Over two thirds of students (65%) say they are looking forward to a bright future in Ireland – compared with just 21% in 2011.

In 2011, two thirds of students (64%) said their biggest concern was not finding a job – that figure has dropped considerably with just over one third (35%) now reporting this to be their biggest worry.

Money concerns
While confidence levels have improved hugely and the outlook in 2017 is largely optimistic, the attitude towards college-related finance and money issues has remained broadly the same. Students continue to struggle to cope with the pressure of third level costs - with two thirds (66%) saying financial worries are negatively impacting their overall college experience in 2017. This is almost on a par with 67% at the height of the recession in 2011. Almost six in ten students (59%) say that finance and debt is their biggest concern in 2017, a fall of just 9% on 2011 figures (68%).

There has been a notable increase in the numbers saying they have to work throughout the college term to help make ends meet. Two thirds (66%) now say they are working compared with 55% in 2011. Students are also working longer hours in 2017 – reporting an average of 21 hours a week for a weekly wage of €231, compared with 14.5 hours per week for a wage of €145 in 2011. Almost a quarter of students who work in 2017 say they are skipping lectures to do so (22%).

Of all students surveyed, nine in ten view rental costs as being extremely or very high. 58% plan on living at home for the approaching college term in 2017, rising to 66% for the 2018 college term.

What The Parents Say;

The survey found that parents are also more optimistic about the prospects of employment for their children after college. In 2011, 41% of parents said their child finding a job was this was their biggest worry, this figure has almost halved to 20% in 2017.

Money concerns
However, on a less positive note, the numbers saying that money issues are their biggest worry has risen considerably. In 2011, 25% of parents reported this to be their greatest college-related concern, now one third of parents (33%) say it is their biggest worry. It comes in well ahead of worrying about misuse of drugs and alcohol (15%) and their children passing exams (14%).Previous increases in college registration fees (to a maximum rate of €3,000) could be one of the reasons why money is now the biggest worry for third level parents.

Indeed, when asked about the effect of the increased registration fees, 75% said family budgets had been adversely impacted by this. Almost eight in ten parents surveyed in 2017 (79%) said they will struggle to cover the cost of their child’s third level education.

Accommodation issues
Parents are also finding accommodation a significant worry with 56% saying they are particularly stressed about rental costs. Just 9% believe there is an adequate supply of rental accommodation for students.

Financial support
The numbers of parents supporting their children with college related costs has increased slightly since 2011 with 92% now saying they financially support their children through third level, up from 90%. More parents are now in a position to help finance third level costs through their savings and monthly income than in 2011. The most common method of funding third level is now savings (43%) up from 38% in 2011. 42% of parents are using their monthly income, up from 39% in 2011.