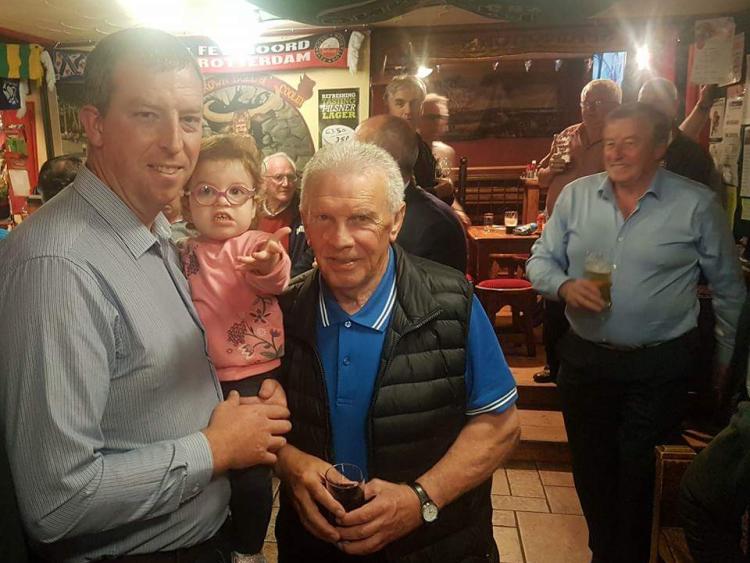 Cllr Brendan Barry and his daughter Shauna pictured with Johnny Giles with Des Foley in the background.

Former Republic of Ireland international player and manager Johnny Giles held a question and answer session in Gertie's, Keshcarrigan last night, Tuesday and proved to be a legend not just in football but in story telling.

Giles, a renowned pundit since his retirement, had many interesting stories to tell the audience which packed the Keshcarrigan venue.

Giles reminisced about his own playing career with Ireland and Leeds United.

Fans from various clubs were on the scene to ask questions which Giles answered with his down to earth persona.

He told stories about his time playing with Man United and the people he met along the way as his career progressed.

Giles joined Man United in 1956 and at the time Matt Busby was manager. Unfortunately the two didn't see eye to eye as Giles felt he was being played out of position. He decided to leave and did so in 1963. 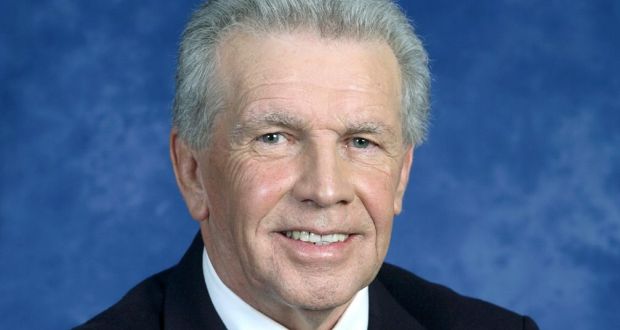 Busby at the time used to claim that anyone who left Man United would find themselves on a downward spiral but not so for Giles who joined Leeds United in 1963, the same year he left Man United, and remained there until 1975.

At the end of his career he found himself managing West Brom in Birmingham and hasn't left since as this is now his home.

However, he travels regularly back to Ireland to meet his media commitments.

One local told leitrimobserver.ie that they were highly impressed with Johnny Giles, the man, not just the football legend. He was found to be very sociable and had his photo taken with the majority of the 150 people in attendance.

All proceeds from the night will go towards the John Giles Foundation. 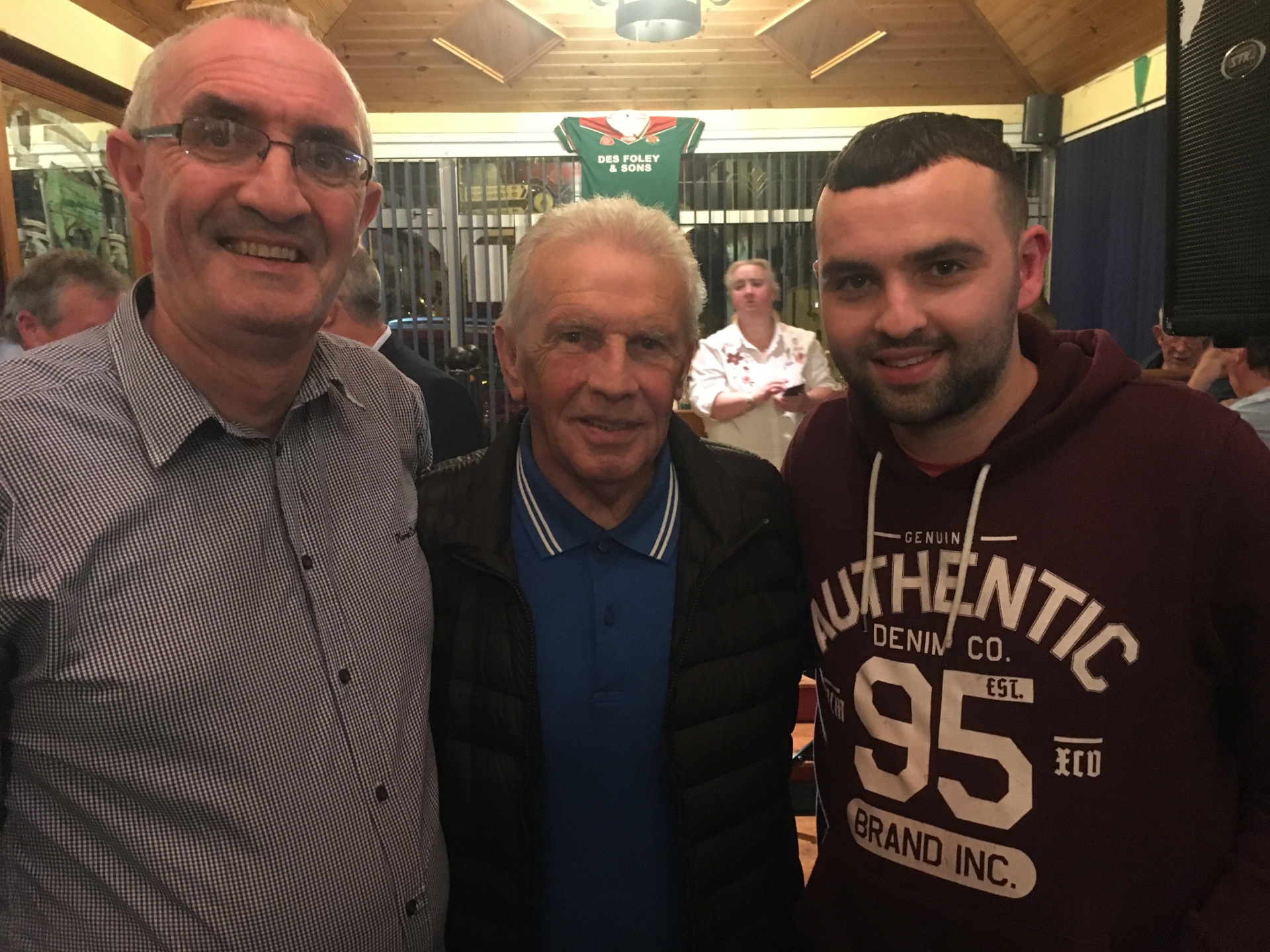 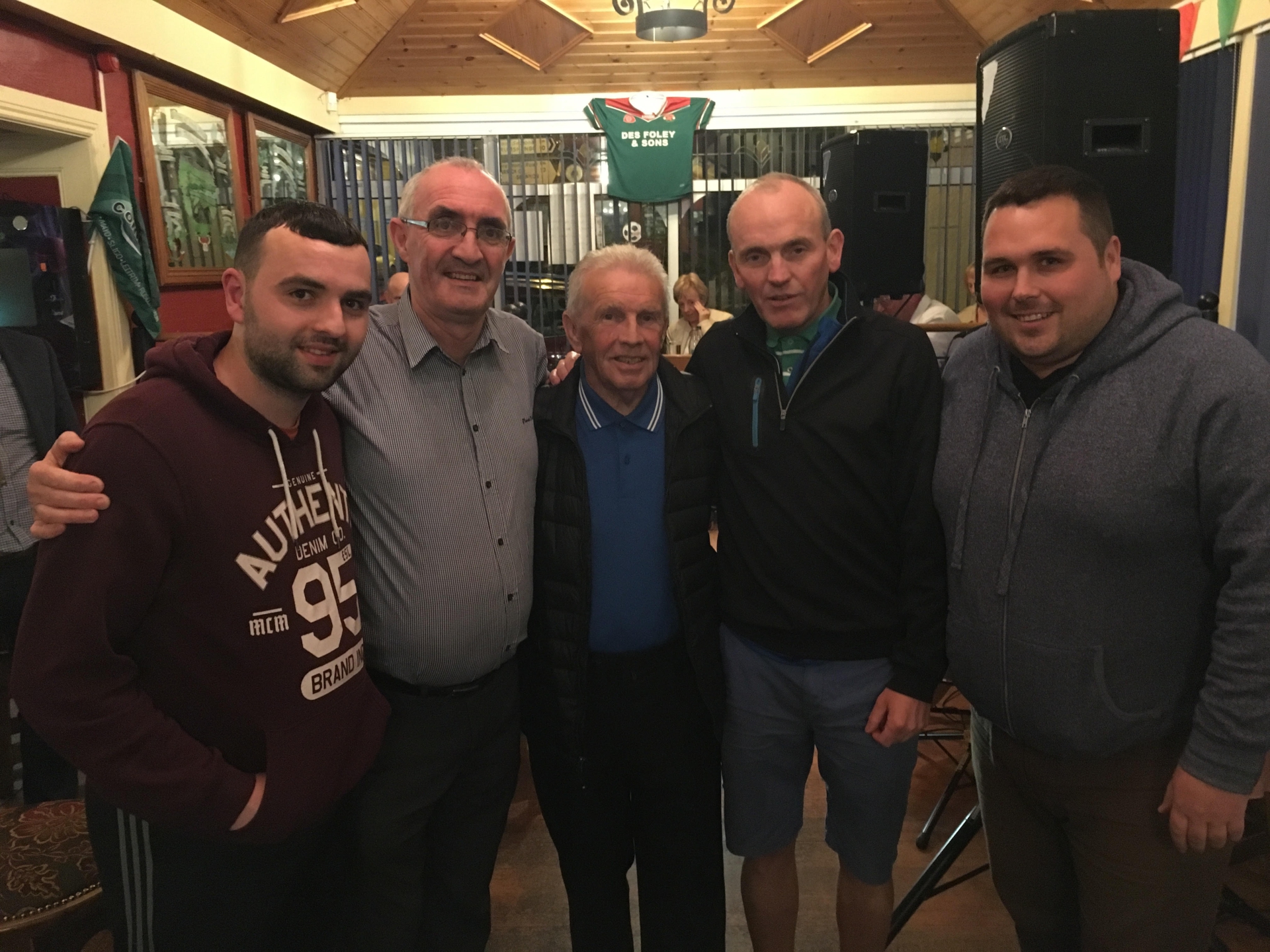