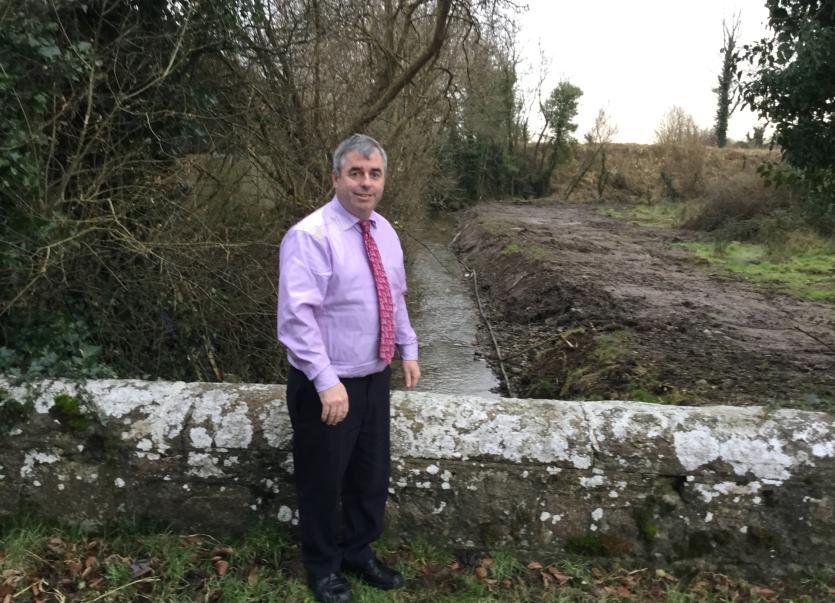 Minister of State at the OPW with responsiblity for Flood Relief, Kevin 'Boxer' Moran

Minister of State at the Office of Public Works (OPW), Kevin 'Boxer' Moran has stressed he will not commit to a redesign of proposed flood relief works for Carrick-on-Shannon.

Addressing a special meeting in the Carrick-on-Shannon offices of Leitrim County Council this afternoon, the Minister, who has responsibility for the Office of Public Works (OPW) and Flood Relief, said a redesign of flood defenses would lead to a serious delay in any works being carried out.

There has been opposition to plans produced as part of the Catchment Flood Risk Assessment and Management (CFRAM) study of the town, which call for the installation of flood defences along the Shannon.

"I am not going to commit to a call for a redesign and have people outside of this room facing the possibility of being flooded," he told the public representatives, council staff and community representatives gathered in the chamber.

Acknowledging that concerns raised by local councillors about the potential negative impact of erecting flood walls in Carrick-on-Shannon, Minister Moran told local representatives to visit areas where such walls had been constructed.

"I can organise for you to come and see areas where these walls have been built, like the Dodder (in Dublin)," he said. He continued noting these areas had been utilised and developed by the local community to become important amentities in their own right.

The Minister advised the local community to "take money where is comes and build walls to protect homes and properties."

"If I were to delay this with a redesign you would be looking at a delay of at least a couple of years (for flood relief works)," he pointed out.

However he said he was prepared to "sit around a table again" with representatives and see where improvements could be made to current plans, but stressed "this will not be a redesign"