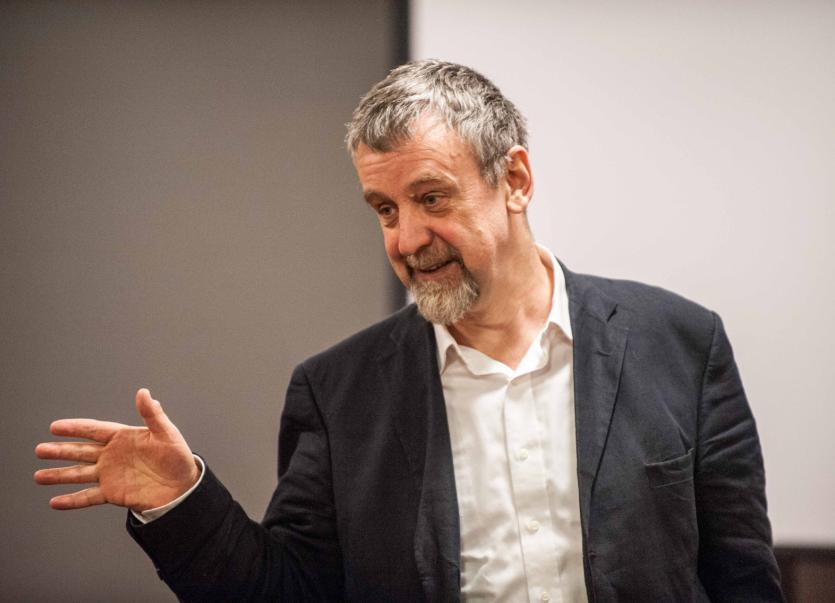 It was Dermot Healy who brought Seamus Heaney to the Glens Centre in Manorhamilton, and there’s a photo of the pair of them, along with Tommy Heraghty and Donal O’Kelly behind the bar in Heraghty’s around the corner from the venue. Pints in front of them, hats on their heads. 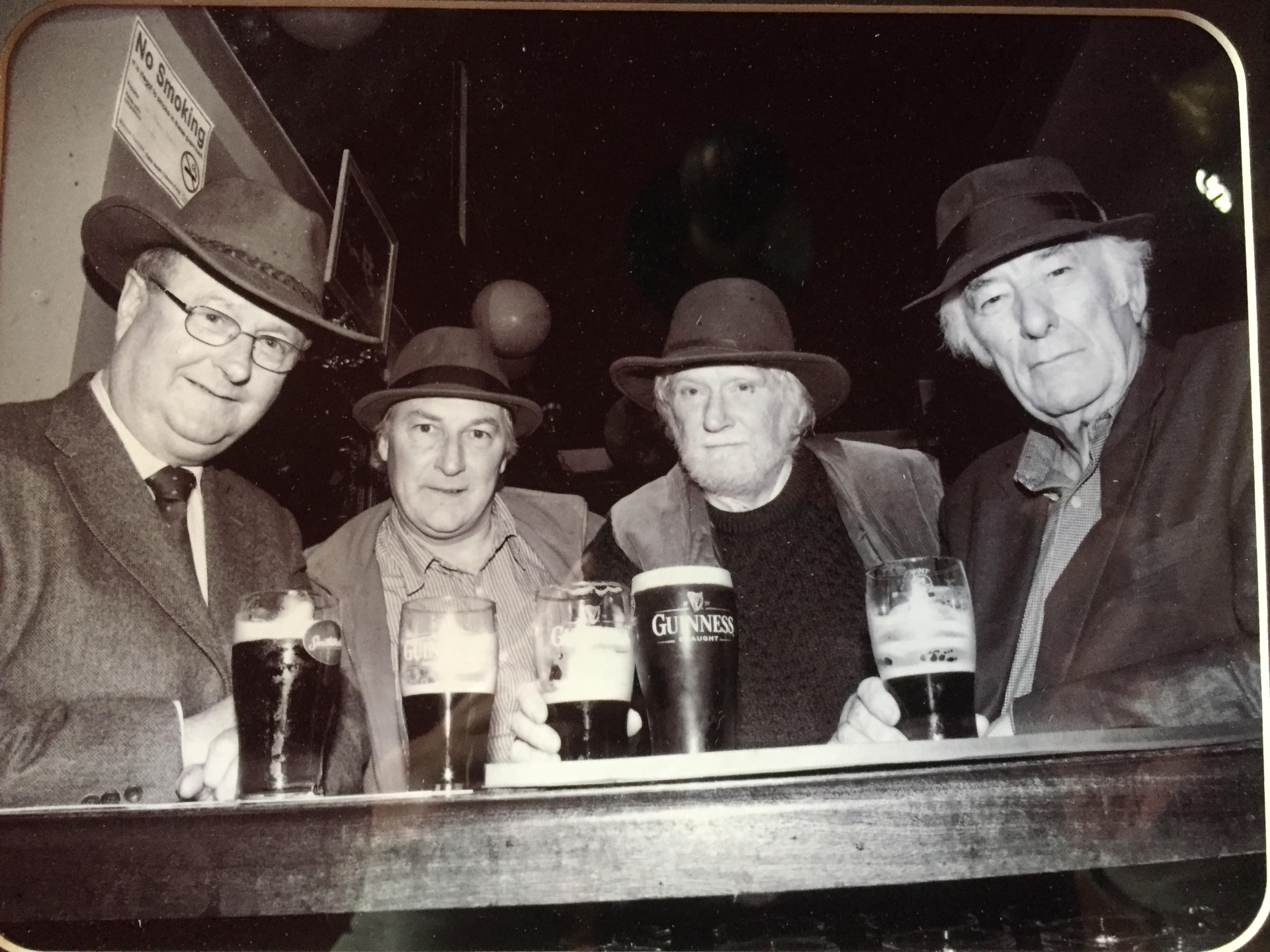 The late Healy, who died aged just 66 in 2014, was for a time the Glens’ writer in residence (a role about to be taken up by poet Mary Branley). Under his guidance the writing group was known as The Pig Executive, and some of its veterans will join some of the best known writers in Ireland for the Fierce Moon Festival this coming weekend, September 14 -16, at the Glens.
The Festival celebrates Healy’s writing and his legacy – he was a poet, a novelist, a short story writer and a dramatist. Pat McCabe will be there, as will Michael Harding, Tess Gallagher, Vincent Woods, Gerry Smyth and Brian Leyden. Sally Rooney, one of the most thrilling of Ireland’s new young writers, will be reading, too. The poet Vona Groarke will present the Dermot Healy International Poetry Prize, which she judged, and will also read from her own work. There were over 500 entries this year, with local and international writers, including some well known names, sending in new work. The standard, Groake reports, was high. We will also announce a new bursary for an emerging writer of fiction or drama.
One of the highlights of the Festival will be the presentation of Healy’s play, On Broken Wings, by the Hacklers, the company he co-founded when he lived in Cavan, many moons ago. This will be at the Ballroom of Romance at Glenfarne. There will be a bus from Manorhamilton, taking the scenic route – though all the routes are scenic in the Glens of North Leitrim.
Healy was also an editor, and there will be a display of Force 10 magazines as well as of photographs by the likes of Jo Gray and John Minahin at the Leitrim Sculpture Centre, and a discussion of “photography and the fleeting moment” with Brian Farrell, Hieke Thiele and Winifred McNulty. Music was important to Healy, too. The fine Leitrim singer Mary McPartlan will sing, accompanied by the legendary guitarist Seamie O’Dowd. Composer Jane O’Leary will present her settings of some of Healy’s poems with the Con Tempo quartet.
These are just some of the events. It is a magnificent line up. You can book the whole weekend for €70 or buy tickets for individual events. There’s a special commemorative brochure packed with new writing on sale during the festival, free to those who buy weekend tickets. See www.theglenscentre.com for details or call 0719855833.
By Susan McKay 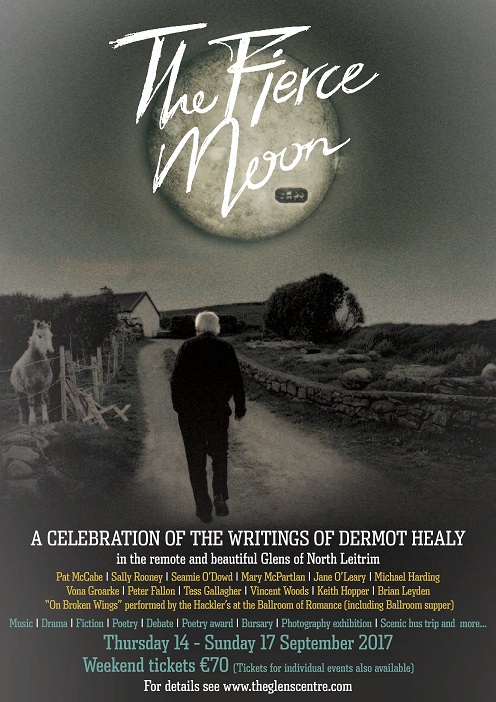