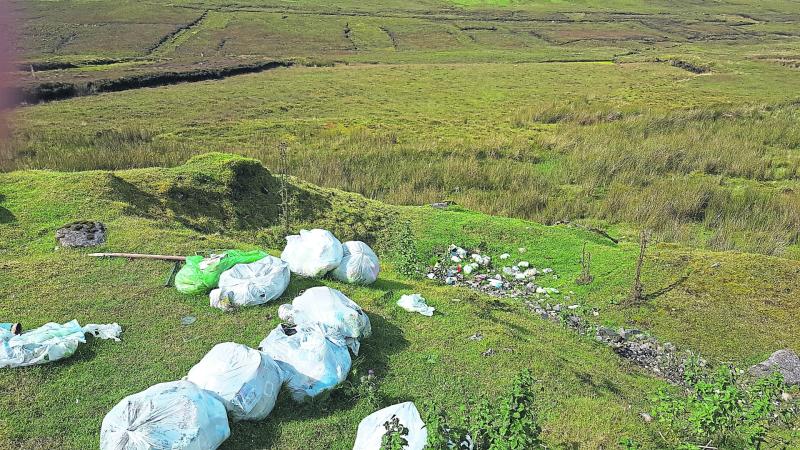 The site of the illegal dumping.

Eleven bags of rubbish have been recovered by staff at Leitrim County Council after they were found dumped by a roadside in Glenaniff, Rossinver in north Co. Leitrim.

The area is usually a draw for tourists and is considered one of the natural treasures of the county.

However it is apparent that individuals have been dumping rubbish at this location over a period of some time.

Visiting the site I saw evidence of duvets, cans, numerous dirty nappies and food waste, all dumped in plastic bags at the site. 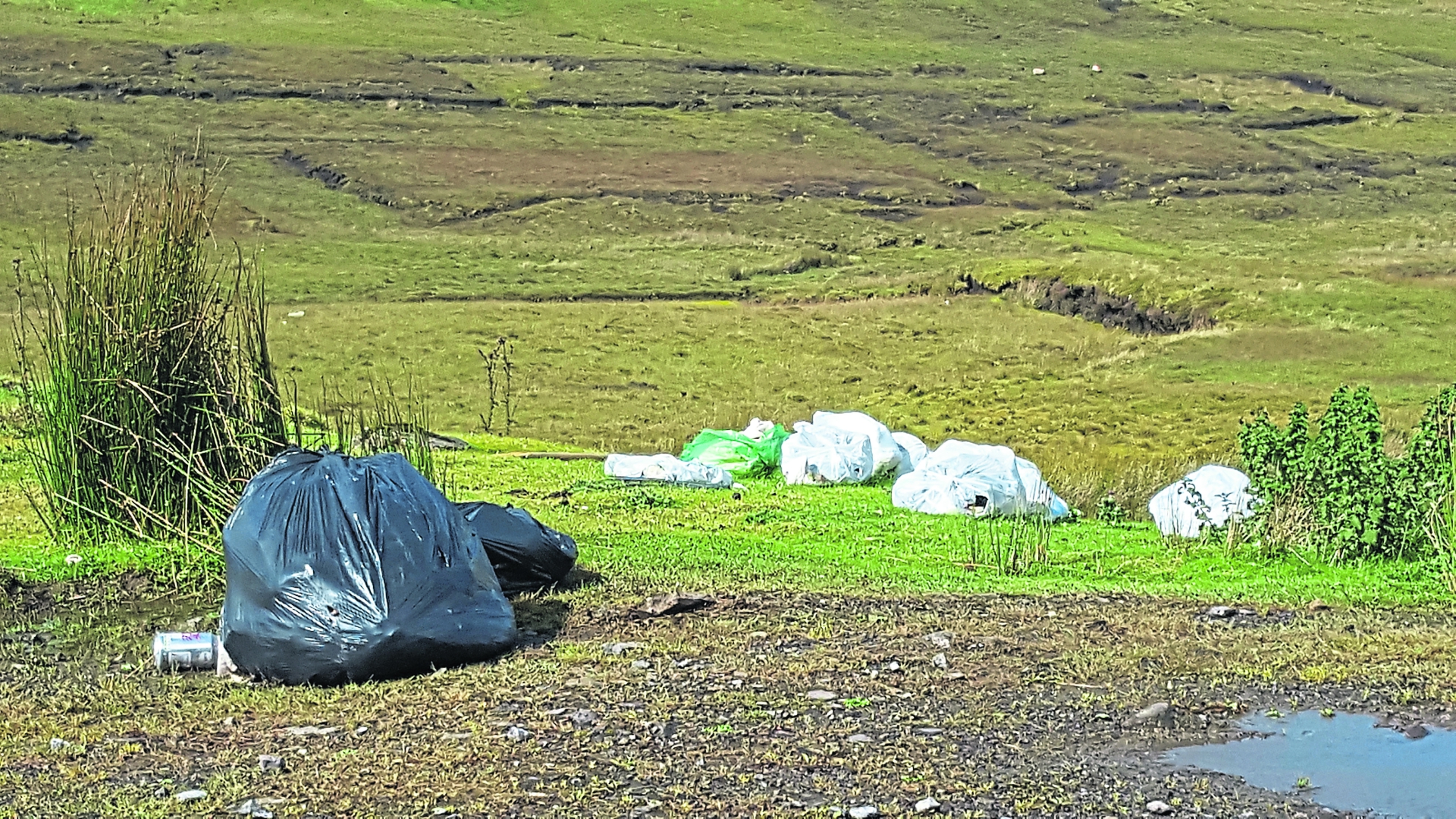 Speaking to the Leitrim Observer, local councillor, Justin Warnock, who made the discovery of the dumping last week, expressed his anger at the situation.

“There is no excuse for anyone to come up to somewhere like this and just open the boot of their car and throw out bags and bags of rubbish for others to then clean up after them,” he said.

He said he will speak to the council about installing a temporary camera at this location to deter dumpers.

Anyone witnessing illegal dumping should contact Leitrim County Council on (1890) 205205.