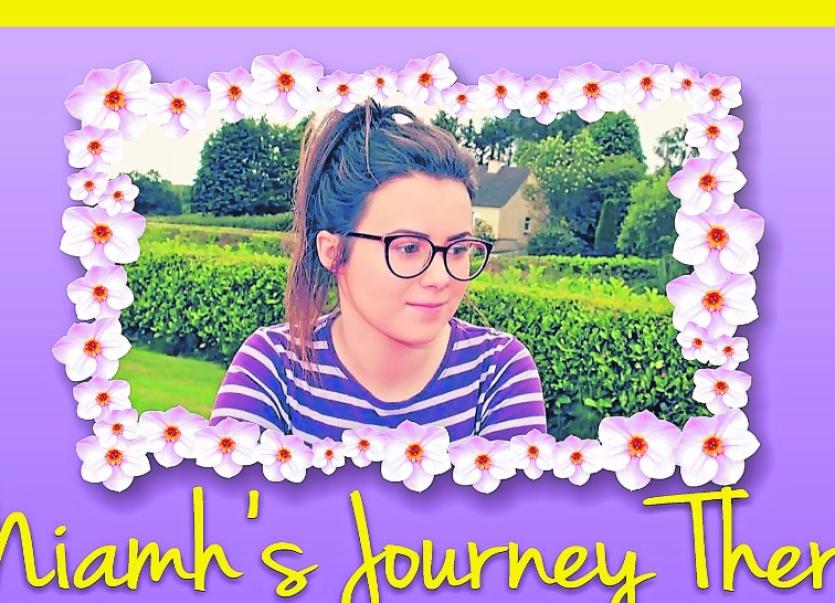 There will be a fundraising launch at The Saddlers Inn, Kingsland, Boyle, Co. Roscommon on Friday, September 8. at 9.30pm.

Niamh Flanagan, a 19-year-old lady from Killaraght, Boyle, Co. Sligo has recently been diagnosed with Osteosarcoma on her left pelvis bone.
Being diagnosed with cancer is something which would terrify most of us but Niamh has found great strength and courage as she fights this disease.
In July, she began documenting her journey by writing a very honest and descriptive blog explaining the pain she was suffering and the several tests, scans, etc she had to go through to get a full diagnosis.
She must be commended for her ability to tell her story so honestly and for raising awareness to this type of cancer. The link to her blog is https://niamhsjourneythere.wordpress.com and if you haven’t read it yet, please do because nobody can tell her story the way she has.
Niamh was in and out of Sligo General Hospital for tests and often had to be admitted as her pain had reached peak levels.
With this condition, travelling in a vehicle was not easy for Niamh, so hearing she had to travel to Galway for a bone scan was not the best but Niamh faced it and as she explained herself in her blog that day proved more of a challenge than she expected.
Niamh’s next step in her journey was travelling to Birmingham for a generous open biopsy which was required to help the consultants make a definite diagnosis as to which form of bone cancer Niamh has.
As the flight to Birmingham was incredibly uncomfortable, Niamh and her parents were delighted when they finally reached the Royal Orthopaedic Hospital.
Again, here Niamh had to go through a number of tests prior to having the open biopsy.
The results of this biopsy concluded that Niamh has Osteosarcoma on her left pelvis and a treatment plan was devised in Birmingham.
If you follow Niamh’s Facebook page “Niamh’s Journey There” you will know she is now in the Mater University Hospital Dublin and has just completed her first of six cycles of chemotherapy. Niamh will remain admitted to hospital as she goes through the first three cycles of the chemotherapy, so she is facing at least another twelve weeks of hospital life.
As Niamh and her family go through these tough times a committee has been set up to organise and co-ordinate fundraising events.
The first of these events will be a fundraising launch at The Saddlers Inn, Kingsland, Boyle, Co. Roscommon on Friday, September 8. Music will be provided by John Dolan and his band, admission will be optional and doors open at 9:30pm.
There will be a raffle on the night along with an auction of two tickets for the Red Hot Chilli Peppers who are playing the 3 Arena in September.
These tickets were bought by Niamh as a present for her boyfriend Oisin. Oisin wants these tickets to go to good use as they will not be able to attend the concert due to Niamh’s ongoing treatments.
In conjunction with this launch night Boyle Curlieu Wheelers Cycling Club will host a Spinathon (cycling from Boyle to Birmingham) in Londis in Boyle on Friday Septenber 8 and Saturday 9.
Dorothy in the Tea Rooms in King House will host a tea/coffee morning on Saturday, September 23 between 9:00am – 12:00pm and a vintage car drive is being organised by Carmel and Gabriel Regan for Sunday October 1.
Niamh's aunt is Mary McNamara from the Sheemore Lounge at Kilclare, Carrick-on-Shannon.
Your support of these events would gratefully be appreciated but for anyone who cannot attend and would like to support Niamh and her family a Go Fund Me page has been set up, the link to it is: https://www.gofundme.com/niamhs-journey-there
A sincere thank you to everyone who has donated so generously already.
Should anyone like to organise an event for Niamh you can contact any of the committee members who are: Chairperson – John Brennan 0862629142, Secretary – Attracta Keville 0868129190, Treasurer – Barry Lowe 0868545492, PRO – Rachel Flanagan 0860772183 and Event Coordinators – Eamon Sharkey 0863973355 and Gabriel Regan 0879959563.