Range of free events to mark Culture Night in Leitrim 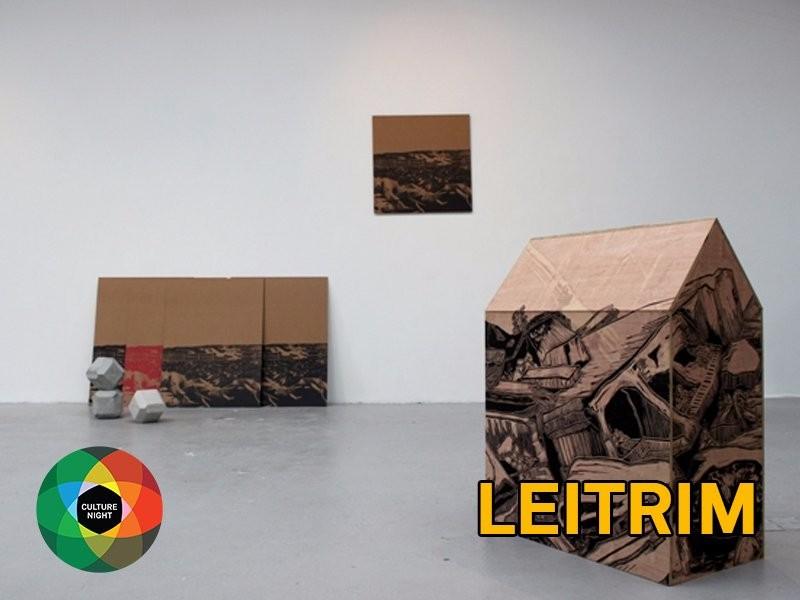 Leitrim will be alive with a host of free events across the County showcasing the County’s Culture, Heritage and Landscape on Friday, September 22. Events are taking place in Ballinamore, Carrick on Shannon, Drumshanbo, Glencar Waterfall, Glenfarne, Manorhamilton and Mohill.

Leitrim’s most celebrated waterfall, Glencar, is the backdrop for a very special performance of W.B. Yeats’s The Stolen Child by the Rabbit’s Riot Theatre Company in collaboration with the Glens Centre. The performance will take place at 7pm, but if you want to be a faery, there will be workshops for children and their teachers at The Glens Centre in Manorhamilton from 11am – 1pm and 1.45pm – 4pm with a bus to the waterfall at 6.45pm.

Events start in the afternoon at the Rainbow Ballroom of Romance in Glenfarne, with a tea dance between 2pm and 4pm with light refreshments while at Ballinamore, it’s Open Door at the Solas Gallery, from 7.45pm with a mix of entertaining acts and activities with music.

In Carrick-on-Shannon, The Dock will be open from 5.30pm – 10pm with a programme that includes Children’s workshops, a Gallery tour, photography and film. There will be music from 8pm with opera singer Ilse Lubbers who will be joined by the Serendipity Singers and at 8.30pm, young Leitrim baritone, Gavin Sweeney will perform with Alla Crosbie.

Be creative with a unique plastercasting workshop with ceramicist Kate Murtagh Sheridan for children and adults of all ages at The Leitrim Design House between 5pm and 7pm and take your very own creation away or follow a night of drama with the Breffni Players at St George’s Heritage & Visitor Centre at 6.30pm, moving to the Famine Attic at 7pm.

Memoir Through Objects is the subject at the Reading Room Bookshop at 6.30pm with writer and broadcaster Ted Sheehy and across the bridge, Carrick Cineplex is the venue for movies and music with 2 film screenings: at 5pm, The Secret of Kells and at 7pm, Sanctuary.
The evening will finish off with live music in the Cafe from 9pm.

In Manorhamilton there are events across the town. The Leitrim Sculpture Centre will be open for Culture Night from 5pm till 9pm with two exhibitions featuring work made by Fiona Kelly and Nollaig Molloy for their respective residencies at the Centre during 2017. This will be accompanied by refreshments, local food (barbeque), workshop demonstrations and local musicians.

In the Library at 7pm, Elisabeth Goell tells the story of the Travelled Piano and at the Glens Centre, at 9pm there is a unique opportunity to see the controversial film “An PhailistÍn” in the company of its director Sonja Nic Giolla Easpaigh.

The hour long (English subtitled) documentary was filmed over 12 years ago in Palestine and documents a family’s life under occupation. There will be a post film discussion with Sonja.

For fans of traditional music, Drumshanbo Comhaltas will be hosting a Session in the Base Youth Cafe in Drumshanbo between 7.30pm and 9pm. There is also an Irish Music night in Mohill Library with local musician John Gamble between 6.30 and 7.30pm.

Also in Mohill, it’s full steam ahead at The Old Station where artists Jessica Kelly and Djeribi are holding a Departures Party.

The open evening takes place in the 19th Century Railway Station which was closed to the public in 1959. There will be an exhibition of contemporary art as well as the launch party for At The Station, a series of happenings and events that will be taking place at the site.

So wherever you are in Leitrim on Friday, September 22, there’s something near you.
For further information pick up one of the Leitrim Culture Night brochures in any one of the Culture Night venues or see www.culturenight.ie

Culture Night is brought to you by the Department of Culture, Heritage, and the Gaeltacht and the Creative Ireland Programme in partnership with Leitrim County Council.

No shortage of great events to look forward in #Leitrim on Fri 22 Sep. Explore the full #CultureNight listings at https://t.co/T3pyFTtTJ7 pic.twitter.com/Fg1Zi8slLa