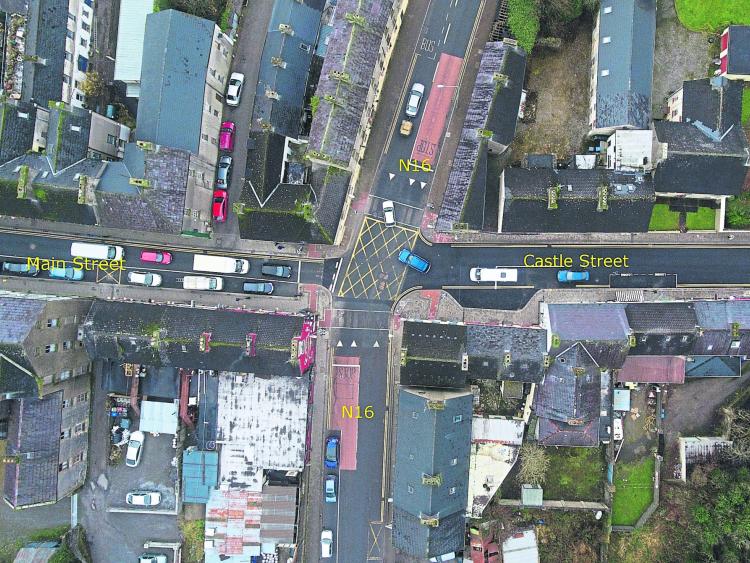 Leitrim County Council has developed plans to revise traffic flow in Manorhamilton and is also looking at “all options” in a bid to address car parking problems in the town.

Cllr Felim Gurn raised both issues at the recent Council meeting, noting that “the inadequate number of car parking spaces and attendant traffic management issues in Manorhamilton have unfortunately contributed to the recent closure of the last remaining retail shop on the Main Street of Leitrim's second largest town”.

Cllr Gurn warned that, “unless radical and imaginative measures to alleviate this perennial problem are undertaken by the Executive, the likelihood of new viable enterprises being established on the once thriving Main Street is remote and the possibility of more businesses closures increasingly likely."

Director of Services for Economic Development, Planning, Environment and Transportation, Joseph Gilhooley, acknowledged that retail town centres across the country are suffering from negative pressures.

“However, with regard to the matters raised the Council has plans developed, which are currently progressing through public consultation, for the revision of traffic flow (in Manorhamilton) while the matter of car parking has and continues to receive consideration by the Council within the resources available. In the meantime the Council continues to work actively with the local REDZ Team on a variety of initiatives aimed at the continued enhancement of Manorhamilton as a key driving town in the county,” he added.

Cllr Gurn stressed the urgency in addressing these problems and in particular he said the shortage of parking must be dealt with.

Cllr Frank Dolan agreed noting that Tea Pot Lane is now being used as a car park and bollards put up in this location over the summer were “causing chaos”.

They were told that the Council will looking at every option available.