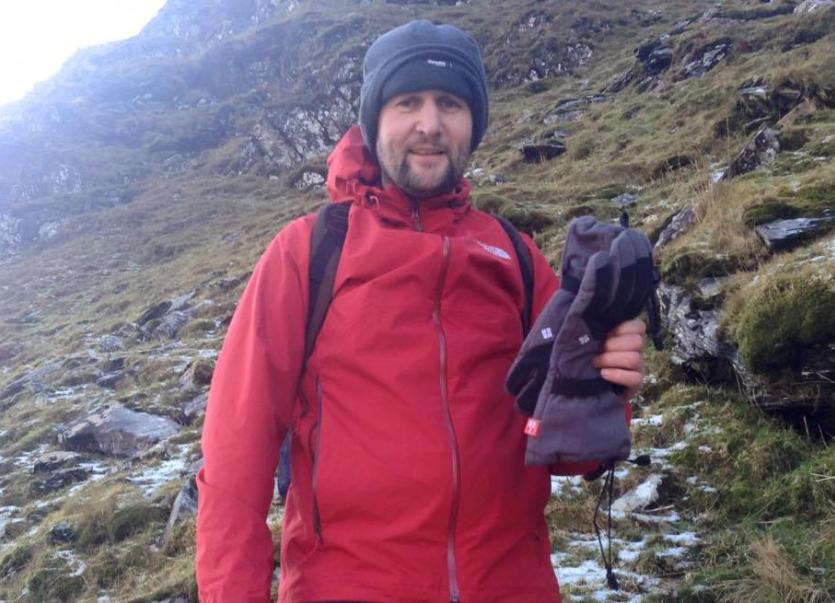 The town of Carrick-on-Shannon has been rocked by the news of the untimely death of Bernard Murray, St. Patrick's Park, aged just 37.

Bernard passed away suddenly at home on Tuesday night and when news of his passing broke on Wednesday there was a huge outpouring of grief in the locality.

Bernard, known widely as Bertie to his many, many friends, was a hugely popular figure in Carrick-on-Shannon due to his endearing nature, kind heartedness, good spirit, wit, and great friendship to so many.

He was involved in so many things that helped to better the town and area he lived in and loved.  He was a player with and great supporter of Carrick Hurling Club, St. Mary's GAA Club, Carrick Athletic Club and gave of his time selflessly for St. Mary's Church, St. Patrick's Hospital and many other organisations who he helped out with fundraising ventures.  Whether it was taking pilgrims to Lourdes or jumping into the Shannon on Christmas Day to raise funds for the National Council for the Blind, you could count on Bernard Murray to help out!

The following message was posted on Carrick Hurling Club's Facebook page and it received a huge response of warmth and sympathy for Bernard and the Murray and Conway families who are devastated at their loss. 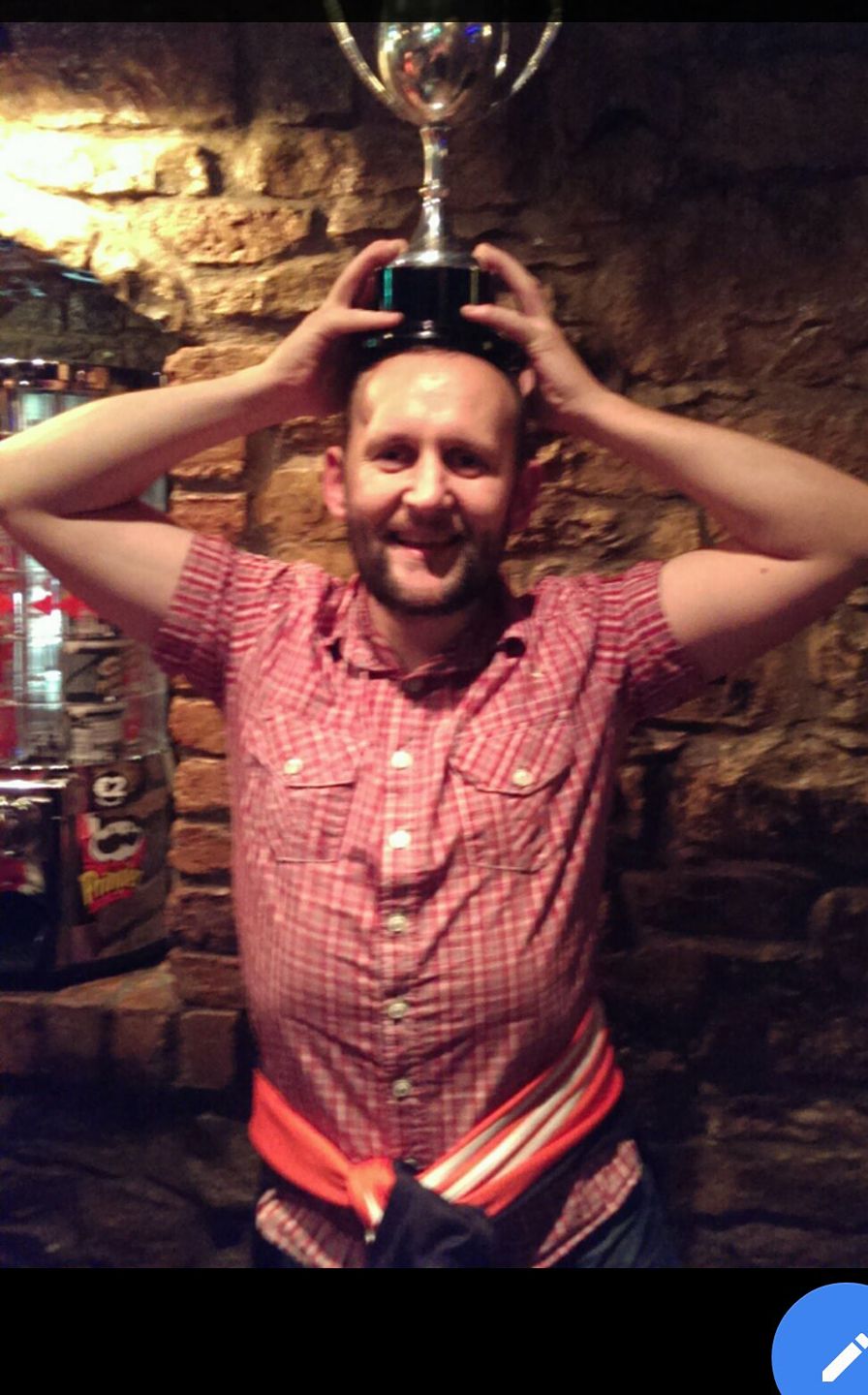 The late Bernard Murray with the Stephen Dorrigan Cup after winning the Leitrim Senior Hurling Championship.

Carrick Hurling Club
A tsunami of shock and sadness has swept over us all on hearing of the sudden passing of the likeable, lovable, legendary Bernard Murray earlier today. Our thoughts and prayers are with his family, his adoring father Johnny, sisters Cathy and Caroline, brother in law Olcan, nephews Eoghan and James and niece Mena. Words can't really describe how we all feel just now. However, we can be thankful for knowing his presence among us, his amazing courage, his humility, his love and caring for others and his fantastic humour even in dark days. We struggle to understand his leaving this world but we can be consoled that God has other plans for our dear dear friend Bernard.

A selection of the other comments includes:

Cormac Flynn
This is simply terribly sad news. A lovely guy from an equally lovely and loving family. Every time you'd meet him he was doing something for somebody else. Deepest condolences to all who knew and loved him.

Cormac O Suilleabhain
Ah God , that's terrible news. Bernard was a real gem of a lad . Larger than life . And even though we (as in Carrick v Ballinamore or Gortletragh) flaked each other on the hurling fields, and often took it serious , Bernard was one of those lads who you could always go up to afterwards , and have a laugh about it. He would always have a smile on his face. Rest easy a chara. Gone before your time .

Cluainín Glencar Manorhamilton Hurling
We are all shocked in north Leitrim. A loveable man on & off the field who shared our love of hurling. RIP

Brid Kennedy
Heartbreaking news. Bernard was the funniest yet most sincere and kindest man I have ever met. We have lost a great one far too early

Michelle Guckian Reynolds
Such very very sad news.... Bernard was one of life's true gentlemen always ready to do something for some one else and always had the quick wit at the ready.. he will be truly missed by all who had the pleasure of knowing him

Brendan Boyle
One of Life's true gentleman...just can't believe it..we have lost a legend today ...thinking of you Bernard and all your family. Sleep well my friend.

Darragh O'Boyle
Shocked to hear such sad news. Bernard was always the first to jump in on the Christmas day swim to raise money to help others. He will be sorely missed by all who were fortunate to have met him......

Fr. Michael McGrath
Beautiful tribute to remember a truly beautiful person. May he rest in peace. Our Lady of Lourdes, St Bernadette - pray for him.

Niall Glancy
God bless you Bernard. Devastating but all you can think of is good when you you think of Bernard. Humbled to have known you XX rest easy

Paul McGreevy
Taken soo early and soo cruelly it defies humanity and logic.
If only the world had more Bernard Murrays it would be a much better place.

St. Mary's Kiltoghert GAA Club wrote:
There is a huge cloud of deep sadness and sorrow over all in St. Mary's GAA this evening as we learn of the sudden and untimely passing of our dear friend and colleague Bernard Murray.
On behalf of the entire St. Mary's Club, we extend our heartfelt sympathy to Bernard's father Johnny, sisters Kathy and Caroline and to Bernard's wide circle of friends and family.
May Bernard rest in peace xx

Carrick-on-Shannon Athletic Club wrote:
BERNARD MURRAY RIP: There are no words to describe the sense of shock and loss in Carrick-on-Shannon tonight when we learned of the sudden passing of our friend Bernard Murray.
A true gentleman in every sense of the word and a great friend to all of us, Bernard was a member of the Club from an early age, as indeed were all the Murray family, and was a stalwart member of our almost legendary Novice Men's Cross-country team and typical of Bertie, nobody gave it more or was more dedicated, something he carried over into his hurling and football or indeed anything he ever put his hand to.
A man who thought of others before himself, it is impossible to find anyone who wasn't a friend of Bernard Murray.
Everyone associated with Carrick-on-Shannon Athletic Club extends our deepest sympathy to Bernard's father Johnny, sisters Kathy and Caroline, his extended family and to Bernard's wide circle of friends and family on their great loss, our thoughts and prayers are with them.
May Bernard Rest in Peace.