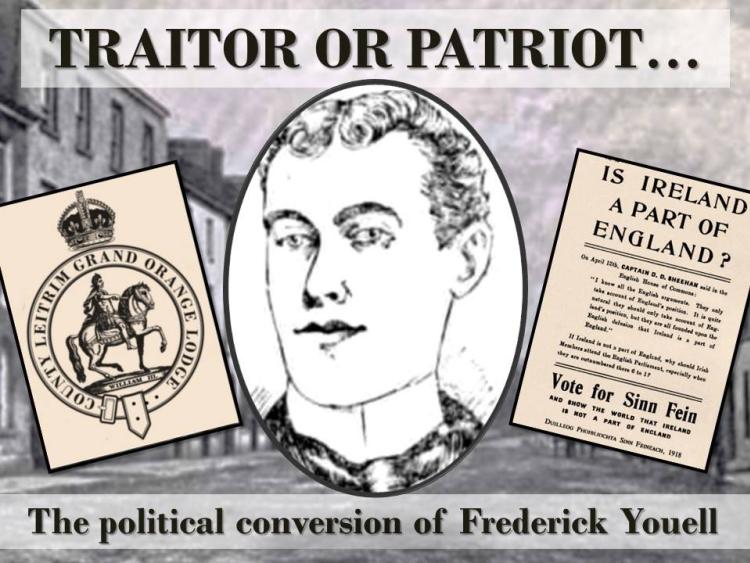 The story of the 'Protestant Sinn Féiner'.

In 1906 Frederick George Youell of Ballinamore was the Secretary of the County Leitrim Grand Orange Lodge.  By 1919 he was being referred to as a 'Protestant Sinn Féiner'.

What took Youell on the journey between polar opposites of the Irish political spectrum?  A presentation on the life of Frederick Youell will be held in Leitirm next week.

Carrick-on-Shannon & District Historical Society is pleased to present this talk by Quincey Dougan, Loyalist, historical consultant, journalist and author of “Leitrim – A County at War” about The Great War which was launched in Carrick a couple of years ago.  Quincey is completing his new book on Loyalism in Leitrim, and this talk on Frederick Youell is based on a chapter in that book.