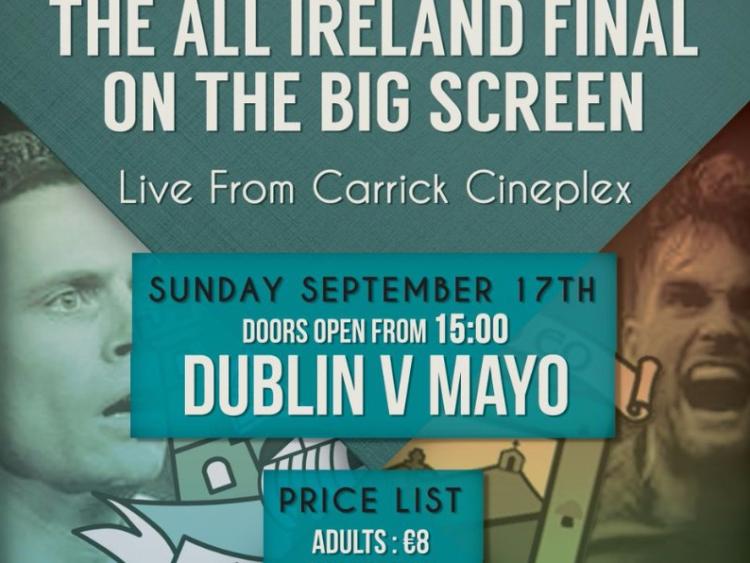 The hunt for All-Ireland tickets is never easy and this year it seems to be harder than ever as eager fans are trying to locate an elusive ticket.

If, like most of us, you have been unable to source a ticket then there remains a unique way in which to watch what promises to be a match to remember.

As part of St Mary's Kiltogherts ongoing fundraising activities the big match between Mayo and Dublin will be screened live on Sunday, with doors open from 3pm ahead of the throw-in at 3.30pm.

The never-ending 66 year wait for Mayo to lift the Sam Maguire trophy hasn't dampened the enthusiasm of the Mayo supporters who have enjoyed a scenic route to the final, having been narrowly defeated by Galway in the Connacht semi-final.

Dublin on the other hand have been the team to beat in recent years and will be hoping to lift the famous Sam Maguire trophy for a third successive year and for the fifth time since 2011.

Anyone that couldn't get their hands on a ticket. Here's the next best thing... #Mayo v #Dublin at @carrickcineplex

Tickets on the door pic.twitter.com/E5PeJecvKE