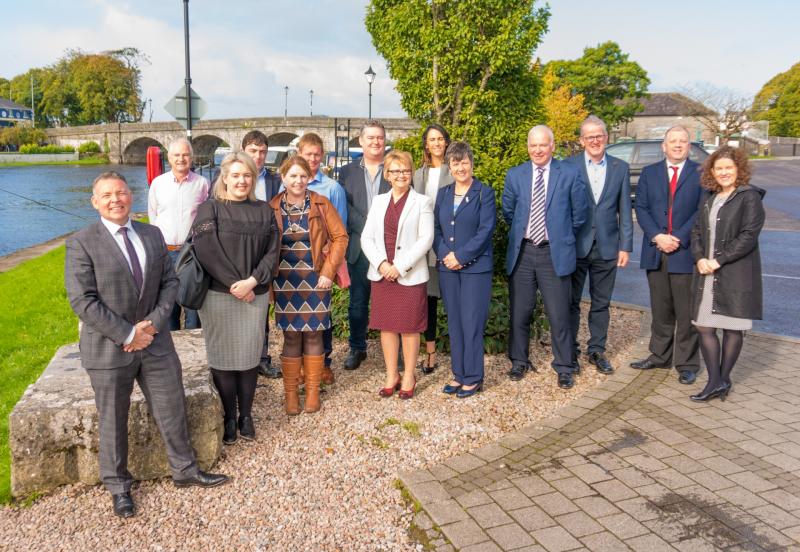 Carrick Chamber led a presentation to Bank of Ireland judges on Moon River.

Carrick on Shannon has been nominated for a prestigious Bank Of Ireland National Enterprise Town Award. Carrick Chamber led a presentation to Bank of Ireland judges on Moon River. The speakers were:- Chamber President Colm McGrath, Kenny Murtagh from Moon River, Conor Maher from The Oarsman and Aoife McCormack from The Landmark Hotel.  There then followed a question and answer session and visits to Cora Systems, Vistamed and The Hive. Pic - Gerry Faughnan.