IT Sligo student innovation is showcased 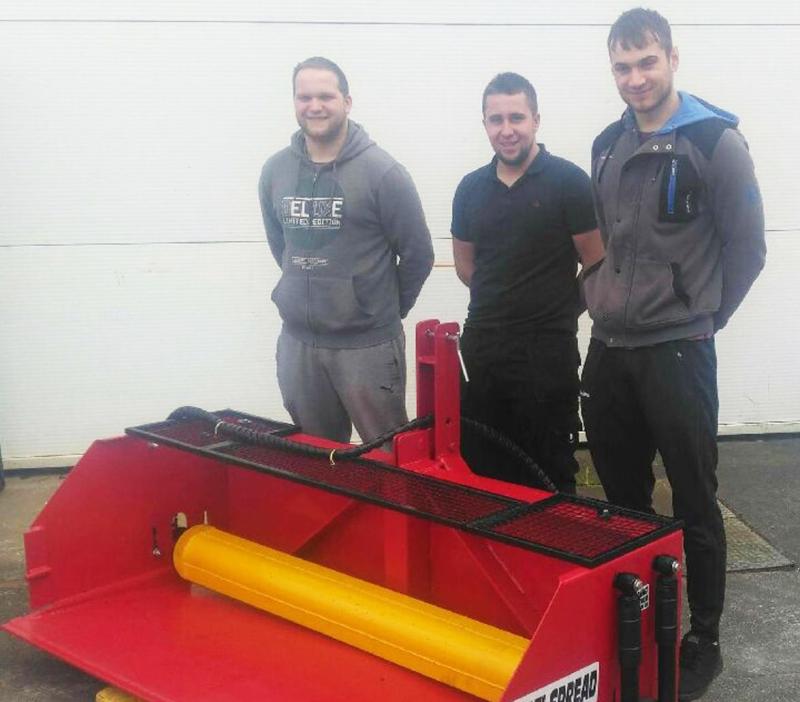 Three IT Sligo mechanical engineering students are hoping their final year project will scoop an innovation award at the 2017 National Ploughing Championships in Tullamore this week.

Christopher Goulden, Adam Middleton and Stephen Janssen are set to graduate with a Level 7 Mechanical Engineering degree from the Institute. Their final year project – the Multi-Spread Transport Box – is being showcased at the Enterprise Ireland Innovation Arena during the Ploughing Championships at the County Offaly venue.

‘Multi Spread’  is a modified transport box which works as a  multi-functional spreader.

“The multi-spread incorporates the principles of a muck spreader and thus will spread muck but will also spread other materials,” explains Adam Middleton.

“Farmers will now have two machines for a low cost and will be able to carry out a variety of jobs on the farm with one machine.”

The students developed the project as part of their final year course work. It was originally exhibited at this year’s Engineering Expo at IT Sligo, back in May, and the trio were subsquently encouraged to submit their project for the innovation awards at the National Ploughing Championships.

The students invention is one of 20 shortlisted projects for the NPA ‘Peoples Choice Award for Innovation’ prize. The winner is determined by a public vote via the Farmers Journal website and app.

The competition takes place over the three days of the National Ploughing Championships from Tuesday, September 19th to Thursday, September 21st. and the winner will be announced at 2pm on Thursday afternoon.