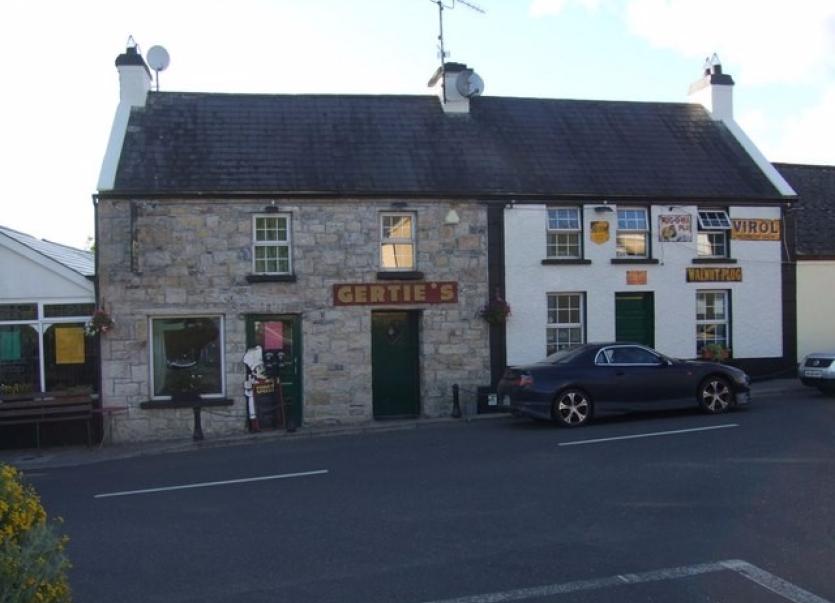 Community Involvement & Planning / Rannpháirtíocht an Phobail & Pleanáil:
Keshcarrigan is welcome to the National Tidy Towns Competition 2017. Thank you for your well documented entry form containing a useful map of the village, clearly outlining and numbering the list of your various projects. Your committee, consisting of eight to ten members, has been successfully achieving co-operation and assistance from a good range of other interested groups and agencies in the promotion and development of your location.

The photographs accompanying your submission were of assistance to the adjudicator and added to the enjoyment of the visit. The ‘Keshcarrigar Cup’, dating from the Celtic Iron Age and now in the National Museum is a story that is nicely acknowledged at the monument in the village. Well done on the use of social media to promote your campaign and you are correct to plan for the next three years outlining achievable objectives.

Built Environment and Streetscape / An Timpeallacht Thógtha agus Sráid-dreacha:
Your village has a nice range of interesting older buildings, including the thatched Fionn Mac Cumghaill cottage and the former Barracks, now listed for preservation. The core of the village retains a busy atmosphere and McKeons Pub and Gertie’s are nicely presented with a colourful array of flower presentations. There is no doubt that the downturn in the economy, following the so-called Celtic Tiger years, has had its effect on your village. This is evidenced by the number of closed commercial units at the shopping development. It is to be hoped that this development can be regenerated in the years ahead. The presentation of the former school, opposite the proclamation memorial, is a great example of good conservation work. Elsewhere the village has a good number of small scale traditional buildings worthy of long-term listing with a view to conservation.

Landscaping and Open Spaces / Tírdhreachú agus Spásanna Oscailte:
The Fair Green garden has an attractive general location and was nicely maintained with grassed areas manicured and the entrance highlighted with begonia planted hanging baskets. Various green areas and incidental open space were generally presented to a very good standard and you are to be congratulated on resisting the urge to use chemicals for weed control. The Peace Garden, containing the Fr. Michael Judge memorial and associated children’s playground, is a highlight. The colourful presentation here is visually pleasing. The ‘stepping stones’ garden is unusual and interesting.

Wildlife, Habitats and Natural Amenities / Fiadhúlra, Gnáthóga agus Taitneamhachtaí Nádúrtha:
You have achieved an increasing programme under this heading. The protection, development and promotion of your unique habitats will no doubt contribute to the long-term sustainability and tourism potential of your area. Your cooperation with Waterways Ireland, in developing carefully considered access to natural wildlife habitats while protecting existing ones, is noted. The existing wildlife board at the Marina is attractively displayed and informative. Access to the River Walk at the bridge is atmospheric and presents an area full of interest. The seating provided is a good amenity but was in need of a freshen up and the seating area generally was in need of attention, as the ground was covered in moss and had a light scattering of litter.

Sustainable Waste and Resource Management / Bainistiú Acmhainní agus Dramhaíola Inbhuanaithe:
The recycling centre was clean, fresh and well presented. We note that you encourage your residents on general recycling and on issues such as composting. To further develop in this category perhaps you could liaise with the Leitrim County Council Environmental Officer to develop a programme for your community.

Tidiness and Litter Control / Slachtmhaireacht agus Rialú Bruscair:
Your participation in the Leitrim County Council ‘Adopt A Road’ scheme and the An Taisce Spring Clean has obviously been effective in keeping your village almost litter free. It is encouraging to read that you involve some of the younger members of your community in your campaign and this initiative bodes well for the years ahead. The village centre looked well but footpaths and kerb lines were a little weedy in places. Generally buildings were well presented but, in the inner street, a gable paint scheme appeared unfinished. Gable walls have a considerable visual role when viewing street lines as they can step up and down and can appear quite prominent and visible. One notice board at the Marina needs attention.

Residential Streets & Housing Areas / Sráideanna Cónaithe & Ceantair Tithíochta:
Once again Greenville House B & B was a highlight of the residential presentations. Both Church Manor and Lakeview looked well and the stone boundary walls have successfully linked these schemes to the older areas of the village. Individual residences on the road side to the Marina are very well presented with some very colourful garden presentations. Your contacts with local residents are obviously having successful results.

Approach Roads, Streets & Lanes / Bóithre Isteach, Sráideanna & Lánaí:
The great tradition of stone wall building abounds in your village and its environs and is very well illustrated on all approach roads and up through the village proper. This is an aspect of your environment that should be protected and recorded. Recent new development has largely respected this great tradition. Generally announcement signs were welcoming and cleanly presented. Last year’s adjudicator indicated a number of areas in need of attention which if tackled would improve the visual aspect of your village.

Concluding Remarks:
It was obvious, to this adjudicator, that the Keshcarrigan Tidy Towns Committee is very aware of its heritage. We commend your far seeing efforts to develop, restore, preserve and enhance these traditions for future generations.