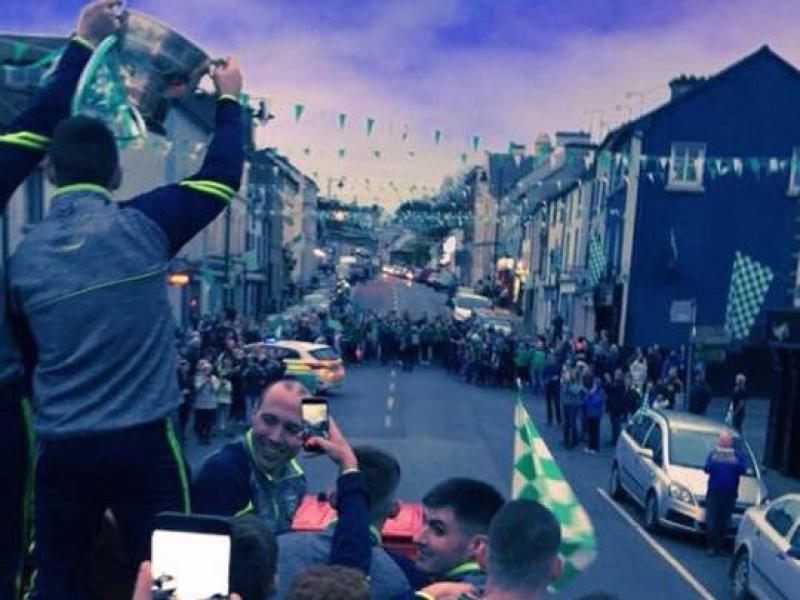 It may have been the first year of a new championship format but there were two very familiar sides going head to head in yesterday's Connacht Gold Leitrim Senior Championship Final.

Glencar/Manor were competing in their eighth final in the past 10 years while Mohill were contesting their third final in five years.

While there were differences of opinion with regard who may have been favourites to emerge victorious, all were in agreement that it was an excellent and absorbing final.

2 mins to throw in pic.twitter.com/W3U6E9sE1E

The huge crowd in Pairc Sean were in full voice during the parade moments before throw-in.

As well as loyal supporters from Mohill and Manorhamilton there were plenty of neutrals from all over the county cheering on both sides while Leitrim manager Benny Guckian and selector John O'Mahony were interested observers.

Leitrim county player Nevin O'Donnell was another keeping a close on eye on proceedings.

While those inside Pairc Sean MacDiarmada had excellent views of the action, the views enjoyed by Mark Kelly high above the pitch weren't bad either.

Aaron Hickey's point on the stroke of half-time gave Glencar/Manorhamilton a two point advantage at the break.

Mohill responded brilliantly in the second half as they took control after the break.

Tributes poured in from near and far for Mohill as soon as the full-time whistle sounded. For Glencar/Manorhamilton it was a day of bitter disappointment but they had much to be proud of.

For Mohill the celebrations were only beginning as can be seen from the welcome home, although the road works did slightly delay their arrival.

When they did arrive home there was a great crowd to welcome and give them the reception they had earned.