Walls are not the answer to Shannon flooding

Solution for Leitrim area is not the same as Athlone 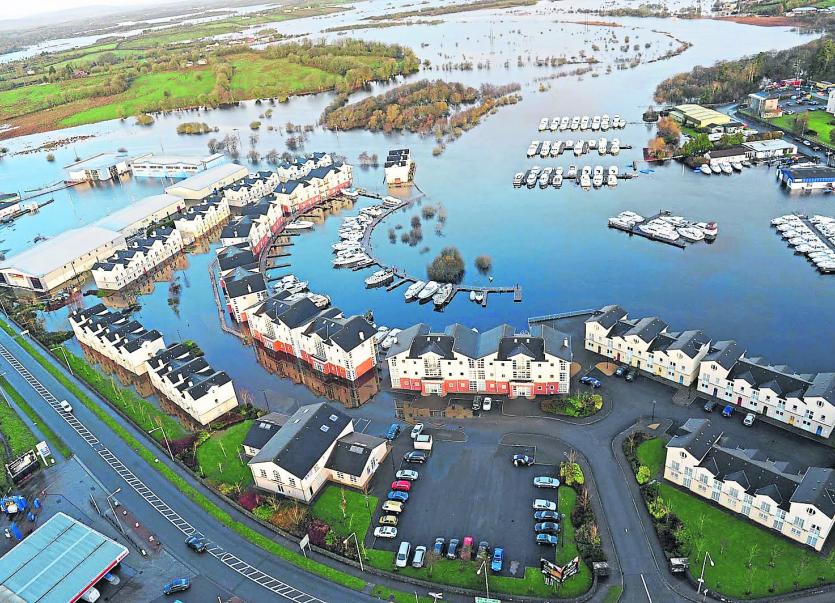 Flooding in the Carrick-on-Shannon area.

Members of the Carrick-on-Shannon Municipal District have said that flooding in the county town and Leitrim Village areas can only be alleviated by the man management of the Shannon and building walls is not the answer.

A debate on the measures being proposed to deal with flooding issues in the wider Carrick-on-Shannon area this week heard members express their view that dredging and lowering the level of the Shannon to allow the water to flow freely was their preferred option, not the construction of walls at the quayside in Carrick-on-Shannon.

“There is huge concern in Carrick-on-Shannon and Leitrim Village that there's going to be those monstrosity of walls being built which wouldn't add to the appearance of the town,” stated Cllr Enda Stenson.

Cllr Sean McGowan said if some dredging was done it would alleviate the need for walls at all while Cllr Des Guckian favoured “digging down rather than building up.”

Cllr Stenson had asked what role the local authority had in the final decision on what works actually took place to alleviate the flooding.

He was told that the Flood Risk Management Plan (FRMP) report for the CFRAM project is now with the Government for approval.

All measures proposed will still require planning approval before any works commence.

The Minister of State at the OPW with responsibility for flood relief, Kevin Boxer Moran, visited the county last month and said that he would not be seeking a redesign of the plans.

Cllr Sinead Guckian said she was disappointed with the Minister's reply and said he was “quite flippant.”
“People have very different opinions about what actually is being proposed for Carrick-on-Shannon, none of them positive, by the way,” she remarked.

Shay O'Connor, Senior Engineer, said the Minister did seem to be of the opinion the walls work elsewhere and will work in Carrick-on-Shannon.

Mr O'Connor said once the decision by government comes back to the local authority for adoption, it will then be up to them to decide what to build, or not, and come up with any alternative.