A Taste of the Waterways Award 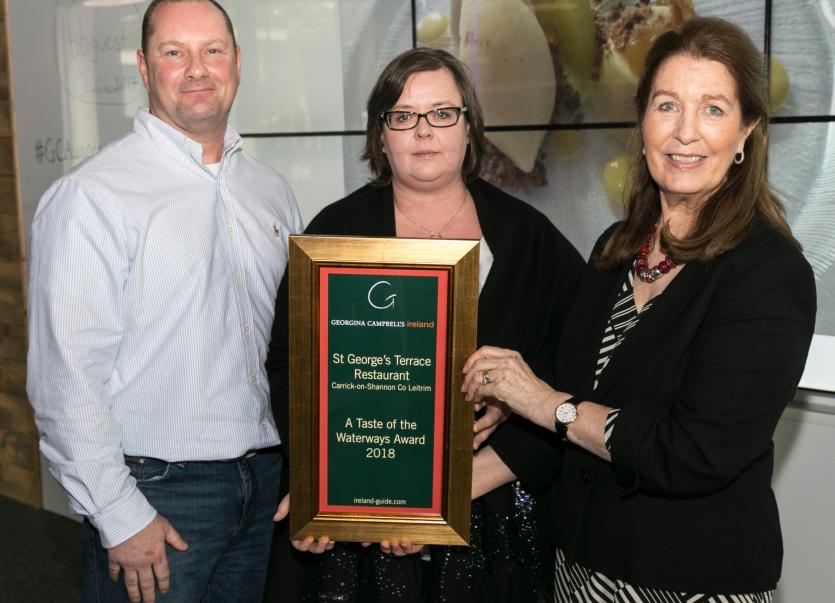 Ireland’s inland waterways are nothing short of a national treasure yet, for most people, they’re very much an adventure waiting to happen.

Since 1999 GCGuides has produced an independent A Taste of the Waterways guide which, with the support of Waterways Ireland in recent years, has developed to include accommodation and Things To Do Along The Way as well as the best places to eat and drink.

Presenting the waterways as an amenity for all to enjoy and not just boating folk, the A Taste of the Waterways Award highlights one of the best from all of Ireland’s navigable waterways.

There are plenty of good eating places in Carrick-on-Shannon but this new restaurant near The Dock Arts Centre brings something different to the town - and to the area.

With a background in fine dining, Dave Fitzgibbon offers refined but accessibly priced cooking in the rather grand surroundings of a former bank - and, backed up by the excellent front of house management and service provided by his business partner, Siobhan Smyth, it is not only a superb neighbourhood restaurant but also the go-to special occasion destination for discerning diners from a wide area.

With outstanding food and service, accessible prices and relaxed Irish hospitality - and river views - this Shannonside gem is a place that food lovers will be very glad to find.

Ireland’s longest running, and independent, awards scheme - Georgina Campbell’s Awards for Excellence - is based on the Georgina Campbell Guides hospitality selection, which is totally consumer focused and not affiliated to any trade association or marketing group.