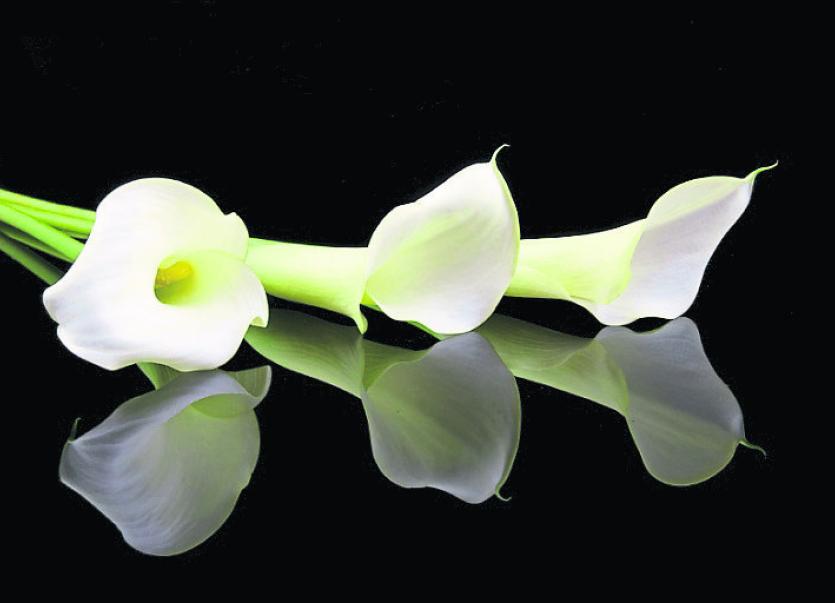 The death has occurred of Paddy Faul, Humbert St., Tubbercurry, Co. Sligo and formerly of Birmingham, England and Mohill, Co. Leitrim on Tuesday, 17th October, 2017, peacefully, at the North West Hospice, Sligo in the loving care of his family. Beloved husband of Mary and dearly loved father of Frances. Sadly missed by his wife, daughter, son-in-law Stuart, granddaughter Fiona, brother Des, sister Anne, brothers-in-law, sisters-in-law, nephews, nieces, cousins, relatives and a large circle of friends. May he Rest in Peace.
Paddy will repose at Coen's Funeral Home, The Square, Tubbercurry, on Wednesday, 18th October, from 5pm until 7pm with removal to the Church of St. John the Evangelist, Tubbercurry, arriving at 7.30pm. Mass of the Resurrection on Thursday at 11.30am with the funeral proceeding to Rhue Cemetery.

The death has occurred of Bridie Tighe (née Feeney), Carrigeen, Kilglass, Co. Roscommon / Strokestown, Co. Roscommon, on Monday, 16th October, 2017, peacefully at her home surrounded by her loving family. Beloved wife and best friend of Paddy and much loved mother of Patrick and Kieran. She will be sadly missed by her sorrowing husband, sons, daughters-in-law Róisín and Anne, grandchildren, brother Pearse, nephews, nieces, brothers-in-law, sisters-in-law, relatives, kind neighbours and many friends. Rest In Peace.
Reposing at her home on Wednesday, October 18th, from 4pm until 7pm. Removal on Thursday, October 19th, to the Sacred Heart Church, Kilglass, to arrive for Funeral Mass at 11am. Cremation afterwards in Lakelands Crematorium, Cavan, at 2pm. Family flowers only please. Donations in lieu of, if desired, to Roscommon-Mayo Hospice, care of Pat McHugh, Funeral Director, Strokestown.