Leitrim family take on the challenge of Ireland’s Fittest Family 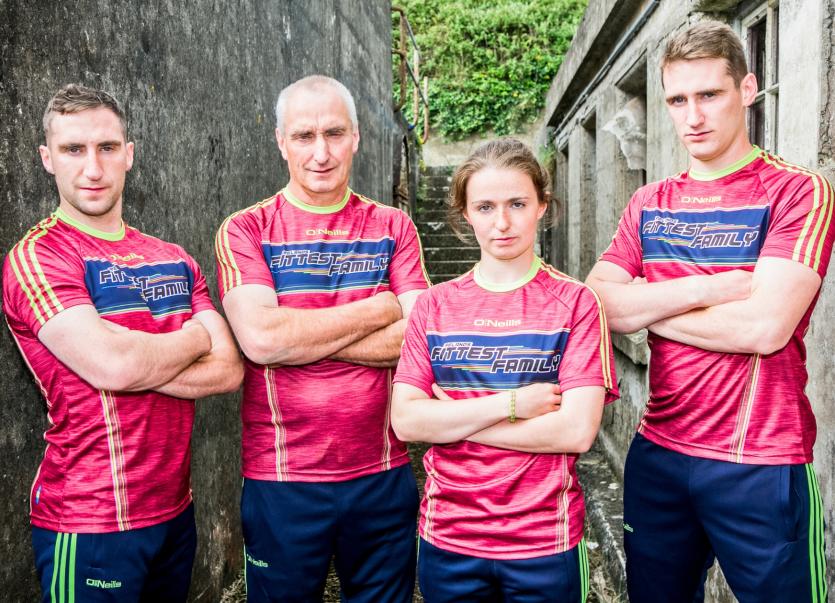 How far will the Beirnes make it in this series of Ireland’s Fittest Family? Tune in to RTÉ One Sundays at 6.30pm to find out.

The Beirne Family from Mohill, Co Leitrim are back in the new series of Ireland’s Fittest Family which starts on RTÉ One on Sunday 29 October at 6.30pm.

The Beirnes took part in Series three of the show and now Michael Beirne (55), his daughter Dearbhaile (18) and his sons Jonathan (24) and Keith (20) are back to try win the title. They will appear in episode two of series five on Sunday, November 5 when they will be up against five other families in the gruelling tunnel challenge.

Ireland’s Fittest Family 2017 will see 12 mega-fit families compete against each other to win the coveted title and €15,000 prize money.

New tougher locations have been added to the series, which test all aspects of fitness, starting with Camden Fort Meagher in Crosshaven Co. Cork. Dark damp underground tunnels terrify the families in the very first event, and it doesn’t get any easier in the eliminator, which the coaches believe to be the toughest course ever featured on the series.

Performance consultant and referee Joe O’Connor said: “Each year the stakes get higher, and this year definitely presents the toughest physical challenges that we have seen to date. SomeFittest Family hero events like Hanging Tough will return, but new events which see the families tested in ways we haven’t seen before will feature in every episode.”

Discussing his upcoming role on the show Donncha O’Callaghan said: “After watching it at home for years I’m dying to get stuck into Ireland’s Fittest Family… I’m not a coach but I’ve been a member of a family for 38 years to I’ve plenty of experience! And I’m looking forward to playing a few mind games with Davy Fitz!"

Having previously won the second series, Olympic athlete Derval O’Rourke is returning to build on her victory. She said: “I’m very excited to be returning to Fittest Family, as the winner of series two I’m out to prove it was no fluke as I take on Davy, Anna and Donncha – I’m determined to repeat my success… did I mention I had two families in the final before?.”

Davy Fitz said: “The one thing that really stands out for me this year is the strength of the girls; some of the girls in the competition are the strongest members of their family. The lads will have to up their game!”

Last year’s winning coach Anna Geary said: “The courses are tougher, the standards are higher, the competition is fierce... right now it’s very hard to tell what family has the edge. I’m going to focus on attitude, teamwork and strategy with my families. One thing the other coaches have in common is the incentive to take my title, but there’s no way I’m giving it up without one hell of a fight.”