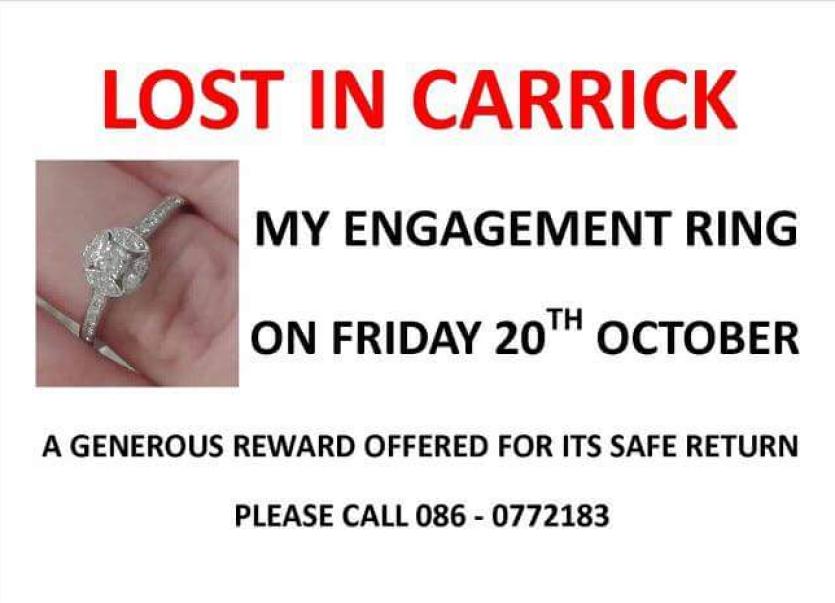 If you can help please get in touch.

A woman has made a heartfelt plea for the return of her engagement ring which she lost in Carrick-on-Shannon last Friday evening, Oct 20.

The lady, who does not wish for her name to be published, lost her ring at the Rosebank Retail Park area saying she was around the Boots area and also Born and Paul Bryon's at round 6.45 or thereabouts.

It was only later that she noticed that she had lost her engagement ring.

The lady, who lives in a nearby town, is devastated about the situation having been engaged for the last year and is due to get married next year.

At this stage she is losing hope that it will be discovered as the ring went missing five days ago and has still not been found.

She has offered a reward for its safe return.