Singers, dancers and musicians from 12 counties including Leitrim audition for a place in Late Late Toy Show 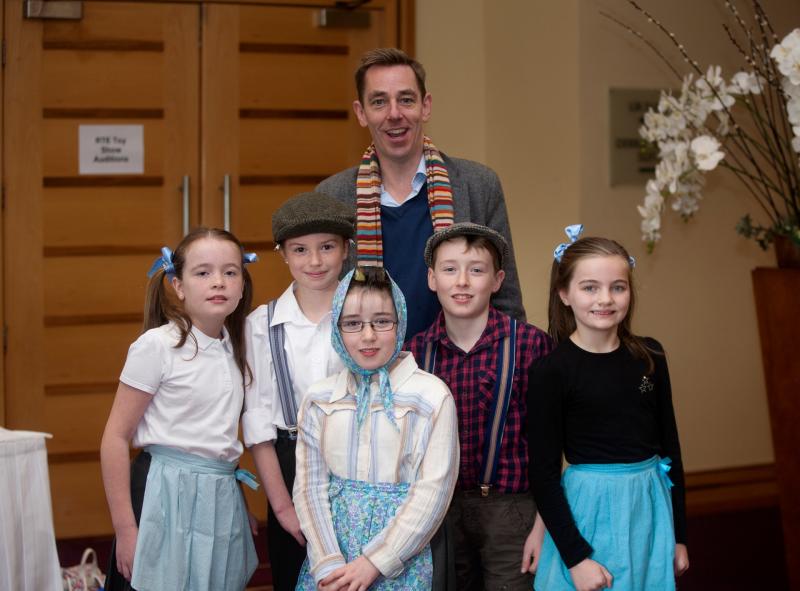 The Late Late Toy Show has received more than 80,000 applications in just two days for tickets to this year's show.

The application process for tickets was launched on Monday morning as The Late Late Toy Show team started their regional tour in search of young people to take part in the programme. The tickets are some of the most sought after in Ireland – last year 140,000 applied to be in the 204 person audience. 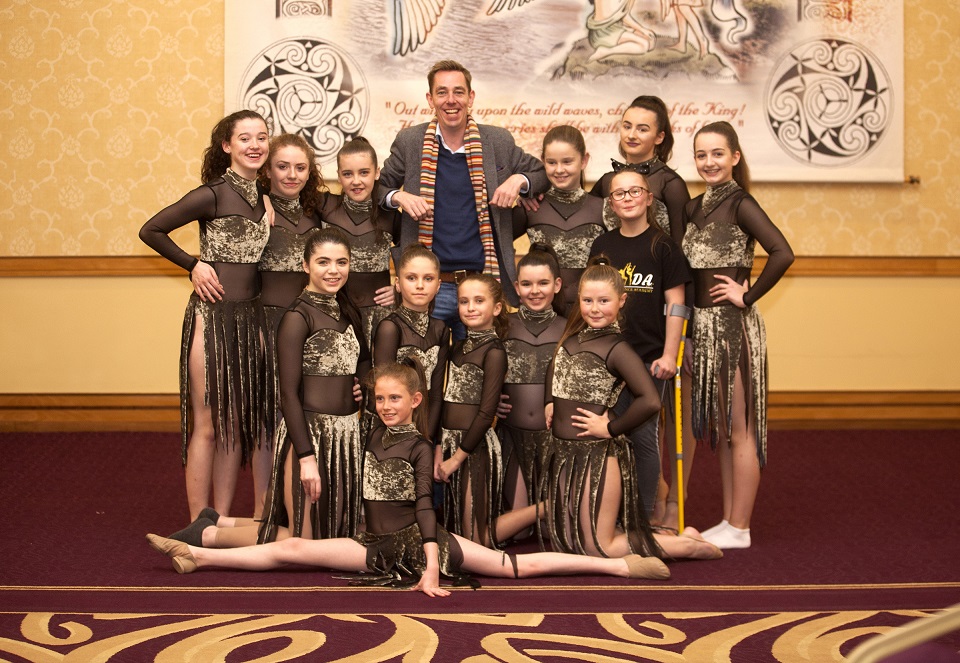 Late Late Toy Show host Ryan Tubridy said: "The response has been phenomenal – to have 80,000 applications in just two days is staggering. I only wish that everyone who applied could get one!"

The news comes as The Late Late Toy Show regional auditions came to a close in Mullingar last Wednesday. Young singers, dancers and musicians from 12 counties travelled to the Westmeath town to audition for a place on this year's show. Acts from as far away as Donegal, Down and Clare converged on Joe Dolan's home town aiming to inspire the Toy Show team to say "It's You, It's You, It's You".  Other counties represented included Westmeath, Down, Kildare, Longford, Dublin, Kilkenny, Laois, Leitrim and Sligo.

Ryan was on hand to meet some of the young people hoping to perform alongside him on the big night.

Ryan said: "This is the third year that we have taken The Late Late Toy Show on the road and we have been getting a great reaction wherever we land. It is heartening to see that the Toy Show still means so much to people. I have also been very impressed by the wealth of confident, talented performers we have found everywhere we go. We've got something really special in store this year – it's like nothing we've ever done before – and the singers, dancers and musicians we've discovered during these auditions are really going to make it a magical night."

A total of 14 acts auditioned for a shot at taking part in this year's Toy Show in Mullingar, with more than 50 acts seen over the course of the regional auditions which also  hit Cork and Galway earlier in the week.

During the tour the Toy Show team has been looking for fun, talented performers to take part in some of the night’s big set pieces as well as toy demonstrators who have the potential to charm the nation while chatting to the biggest kid of them all, Ryan.

Late Late Toy Show producer Nigel Power said: “Bringing the show around the country has definitely been worthwhile. The depth of talent among the young people we have seen is very impressive. We have seen some great acts that we think will really connect with the Toy Show audience. The only problem is that we're now going to have to start the difficult task of deciding who makes it onto the show and it is going to be a tough one because everyone has been brilliant."

This year The Late Late Toy Show airs on RTÉ One on Friday, December 1st.

Applications for Toy Show tickets are processed separately to applications for tickets to the regular Late Late and each year the application process starts anew. So, even if you have applied for Toy Show tickets before or are already in the running for seats at the main show, to be in with a chance to get tickets to this year’s Toy Show, you must apply separately by going to https://www.rte.ie/ latelatetoyshow/. Applications via social media or email will not be counted.

Tickets are issued in a random lottery and those lucky enough to secure a seat will be notified closer to broadcast.

Pictured above and below is Ryan Tubridy with members of the Lisa Cooper Dance Academy from Sligo at the Late Late Toy Show audtions at the Mullingar Park Hotel on Wednesday morning. 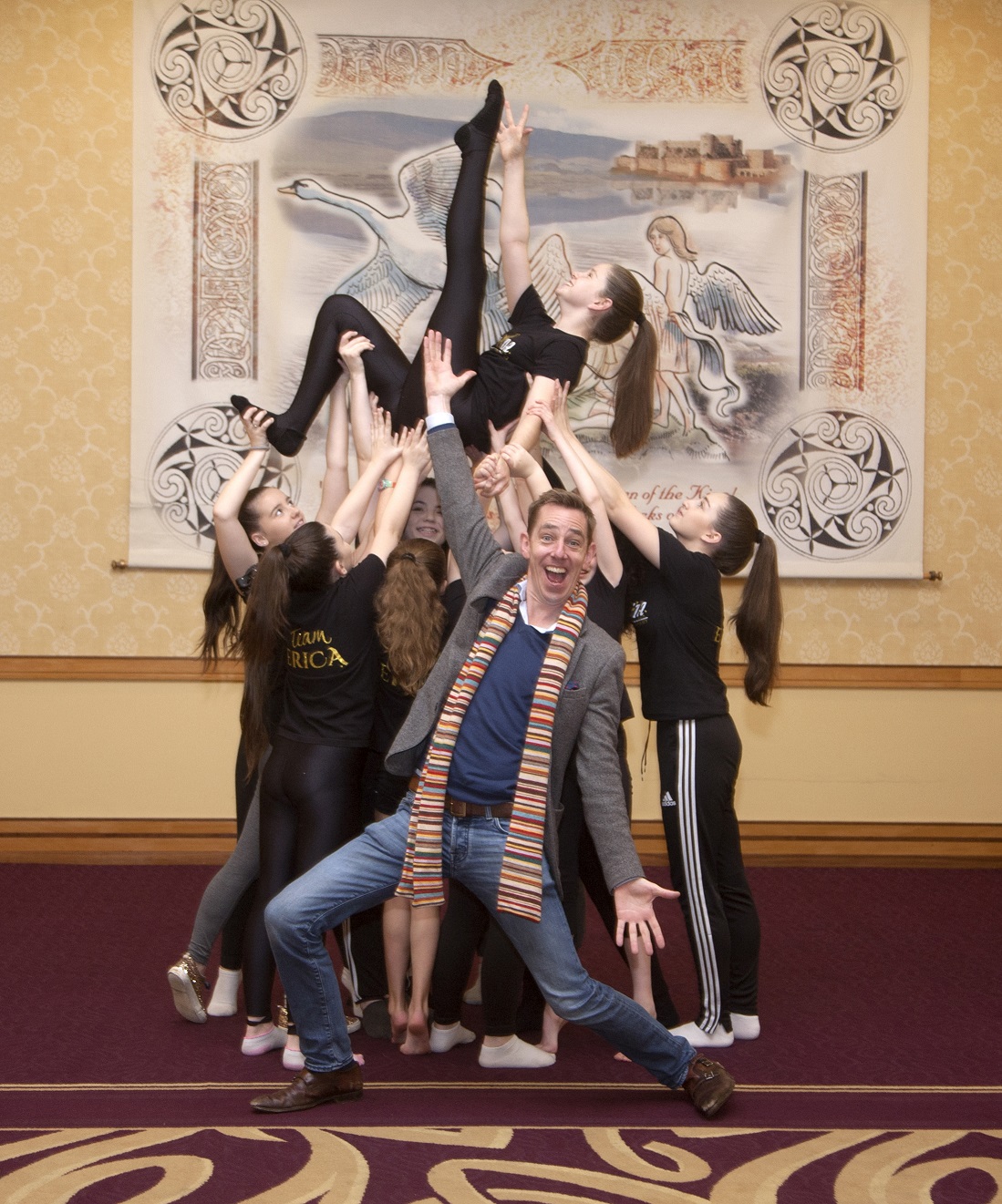