Launch of New History of the Diocese of Kilmore 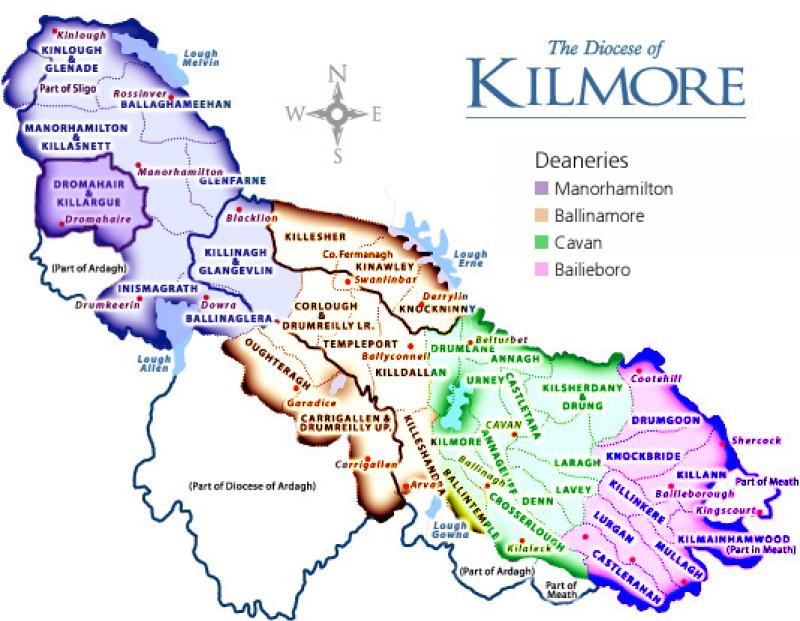 The Diocese of Kilmore.

A new history of the diocese of Kilmore was launched in the Pastoral Centre, Cavan on Thursday night last, October26, before a very large crowd by Cardinal Seán Brady.

The book, which was written by Msgr Liam Kelly, takes an in-depth look at the ecclesiastical history of the diocese of Kilmore between the years 1100 and 1800.

At the launch Cardinal Brady complimented the author on his achievement and recommended all present not only to read the book but to reflect on it because history has much to teach us.

He particularly admired the treatment of the Reformation in the book and said he had, by reading the book, learned much about Bishop William Bedell, the Church of Ireland bishop of Kilmore who died in 1642, and about John Wesley, the Methodist leader, who travelled around the diocese on preaching missions in the second half of the 1700s.

Cardinal Brady stated that the book gives a great insight into how the Franciscans contributed greatly to life in County Leitrim from the establishment of Creevelea friary in 1508 into the early decades of the 1800s.

He also noted that the book gives a detailed description of the persecution they suffered and highlights the martyrdom of two north Leitrim Franciscans, Conn Ó Rourke who was hanged at Kilmallock in County Limerick in July 1579 and Charles Meehan who was hanged, drawn and quartered at Ruthin in Wales one hundred years later, in August 1679. Both of these Leitrim Franciscans were beatified by Pope John Paul II and are now listed in the official calendar of saints.

Bishop Leo O’Reilly, who welcomed all present, also welcomed the publication of this new history of the diocese which he described as ‘a very comprehensive and thoroughly researched history which will provide a companion volume to the history of the post-1800 period by the late Fr Dan Gallogly.’

He added that Fr Kelly has many publications on historical subjects to his credit but this will surely rank as his magnum opus.

He concluded by saying that ‘we are greatly indebted to Fr Kelly and I thank him sincerely for his work and congratulate him warmly on his achievement’.

Msgr Liam Kelly thanked everyone who had helped him in writing the book and thanked all those present at the launch.

Among the dignitaries present at the launch were Bishop Francis Duffy, the Bishop of Ardagh and Clonmanois and Bishop Joseph Duffy, the retired Bishop of Clogher.

Lucy Uí Mhórdha, who was MC for the occasion, introduced the speakers and thanked all for their attendance.

The book, which costs €35, will be on sale in bookshops and in the parishes throughout the diocese from next week onwards.