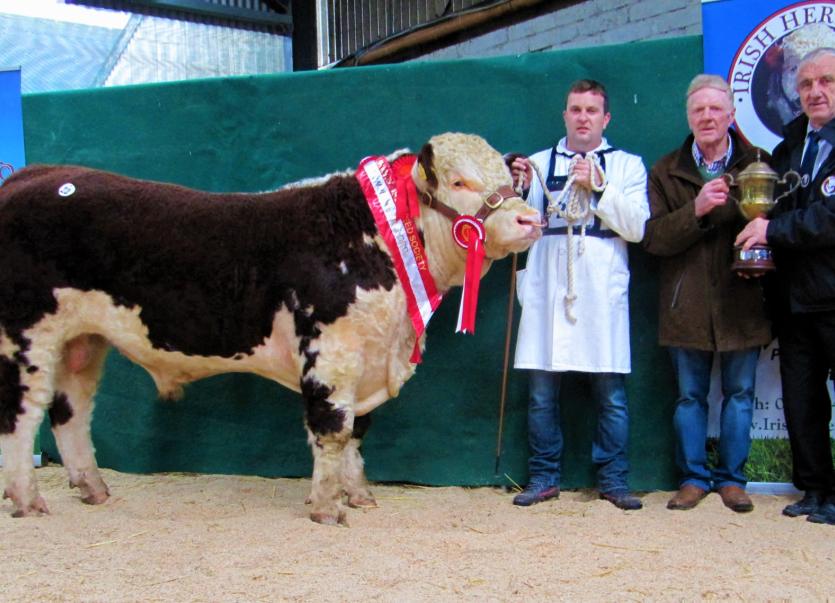 Shane and Sean Kilrane with their Champion bull 'Drumboy Jamie' that sold for €3,650 in Tullamore. IHBS President Pat McCarthy is presenting them with the Bank of Ireland Cup.

His bull ‘Drumboy Jamie' is sired by the very successful and well known bull Kilsunny Goliath who is well renowned for producing champions throughout the country and across the water. Tom Roycroft became the new owner when he placed his last bid at €3,650.

K & M Diffley from Bornacoola, Co. Leitrim also had a smashing bull on show on the day. Duibhgiolla Grian, a 16 month old bull sired by Gageboro Morgan, a grand sire to Gageboro Eugenic and a great grand sire to Churchill Storm. 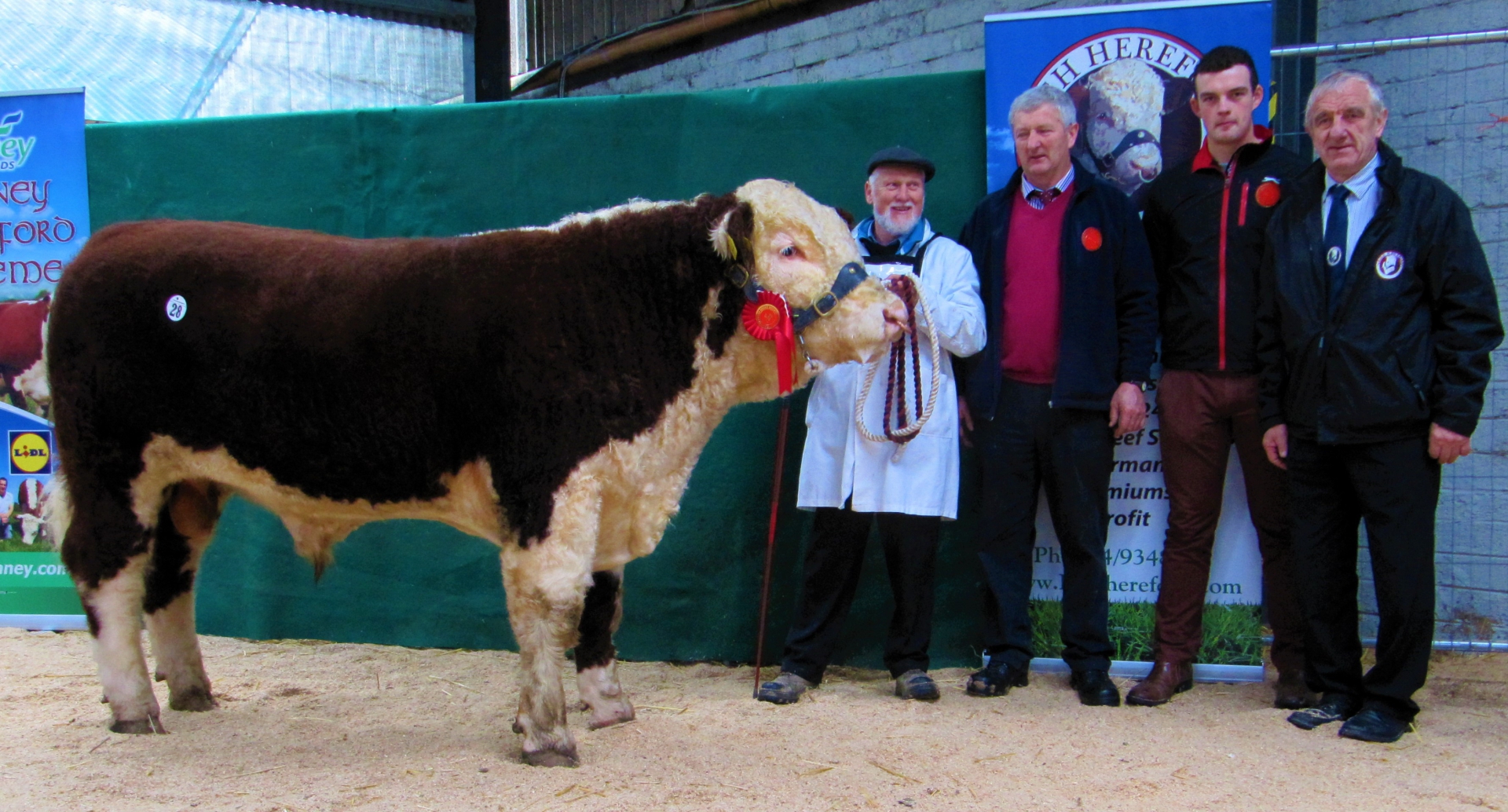 Kevin Diffley with his winner of the 3rd class 'Duibhgiolla Grian' that sold for €3,800. Also in photo are father and son Gene and Owen Lynch, who judged the competition, and IHBS President Pat McCarthy.

According to Larry Feeney (Secretary) Irish Hereford Breed Society Ltd, it’s clear to see that the bloodlines don’t lie as a price of €3,800 was secured for the bull with Gerard & James Scrahan from County Waterford becoming the new owners.

Champion of the female classes went to Padraig McGrath’s Kye Sunshine 722 who is in-calf to his stock 5 star his stock bull Knoxlustre Twilight, who has a calving difficulty of 3.5%. Kye Sunshine will remain in the west of Ireland with her new owner Cathal Dolan from Carrigallen, Co. Leitrim.

A large crowd was in attendance on the day for the event in Tullamore GVM Auctioneers with a number of new and potential members hoping to make a purchase and get their Hereford herd up and running.

Michael Molloy’s Phoenix bull, from the Moyclare herd quickly caught the attention of a number of potential buyers who wished to add this smashing sire to their herd. The price quickly ran up to over €5,000. It was Michael Hoey who came out victorious when his last bid of €6,600 proved enough to secure the 16 month old bull.

Moyclare Phoenix is sired out David Larkin's bull Cill Cormaic Kasper and out of one Michael's home bred cows, Moyclare Rose 22nd, both animals which have produced champions at numerous shows in recent years for Mr. Molloy.