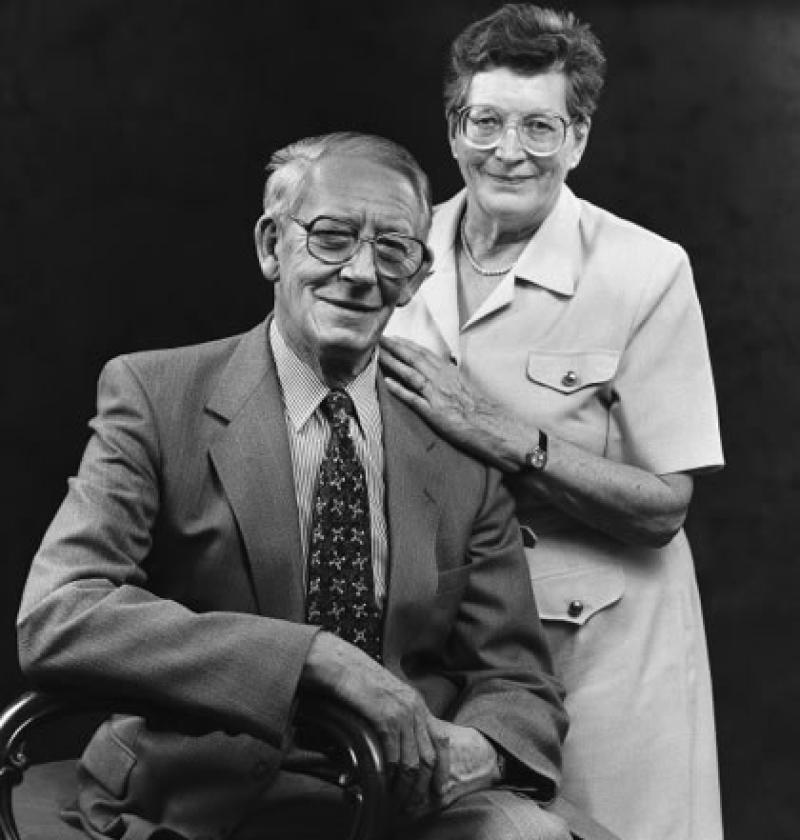 The late Gordon Wilson and his wife Joan. Photo: Wikipedia

Tributes were paid yesterday, to the memory of Gordon Wilson on the 30th anniversary of the Enniskillen bombing. Born in Manorhamilton, north Leitrim, Gordon lost his daughter in the bombing carried out by the Provisional IRA.

Speaking in the Seanad yesterday, Senator Dr Keith Swanick noted the "killing and injuring of so many civilians was a turning point in the Troubles and it did signal a renewed emphasis on peace. The Hume-Adams dialogue recommenced and ultimately in 1997 Gerry Adams apologised for the bombing on behalf of the provisional movement.

"Gordon Wilson lost his daughter Marie that day and his response to this atrocity was remarkable. In a BBC interview he recounted the last words of his dying daughter.

“She held my hand tightly and gripped me as hard as she could.
“She said, ‘Daddy, I love you very much’.
“Those were her exact words to me and those were the last words I ever heard her say.
“But I bear no ill will. I bear no grudge.
“Dirty sort of talk is not going to bring her back to life.
“She was a great wee lassie. She loved her profession.
“She was a pet. She’s dead. She’s in heaven and we shall meet again.
“I will pray for these men tonight and every night.”

"This message of reconciliation and the call for no retaliation was a sign of a true Christian. Born in Manorhamilton in Leitrim, Gordon ran his family drapery shop in Enniskillen, yet he became an unexpected campaigner for peace. He was nominated as a Member of Seanad Éireann in February 1993 by the Taoiseach and leader of Fianna Fáil Albert Reynolds. Who’s afraid of peace? - this was the question that Albert Reynolds asked.

"Gordon Wilson was not afraid of peace his death in 1995 was an immense loss to Ireland."