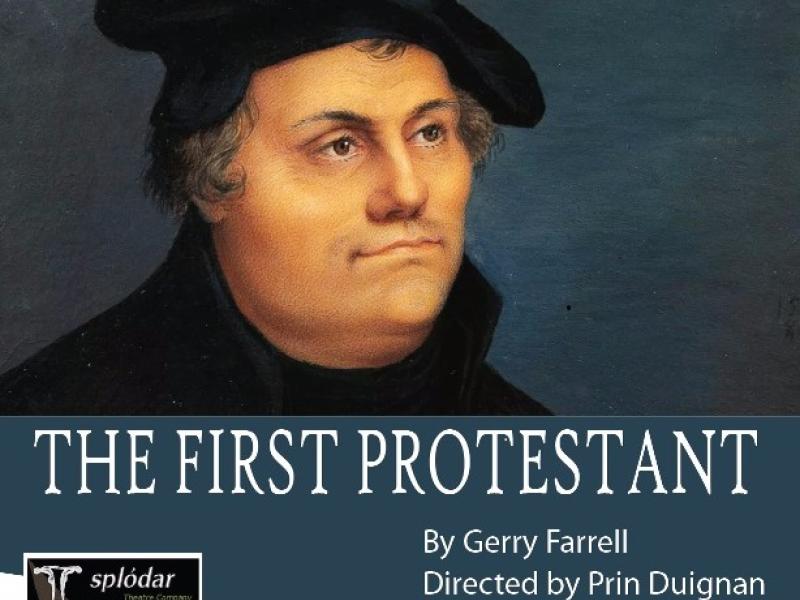 Sligo based Manorhamilton native and renowned actor, Gerry Farrell has written a fabulous new play on Martin Luther, entitled “The First Protestant,” which is currently being performed at many venues by the Glens Centre based Splodar Theatre Company.

Gerry, who is well known to audiences in Manorhamilton, Sligo, as well as in many other national and international locations for his one man show “An Ordinary Man,” also acts in this production.

“The First Protestant,” which is directed by Prin Duignan, played to a full house in the Glens Centre at Halloween and got a standing ovation. It is a wonderful piece of theatre and so apt at the moment with the five hundred anniversary of Martin Luther's Reformation being celebrated.

Luther objected to what he regarded as Pope Leo X's selling of indulgences five centuries ago to pay for the building of St. Peter's Basilica in Rome. Gerry Farrell's play also focuses on the current political stalemate in Northern Ireland and the Irish banking problems. The German banks get a mention in the play too.

It raises a lot of issues and makes for lively discussions.