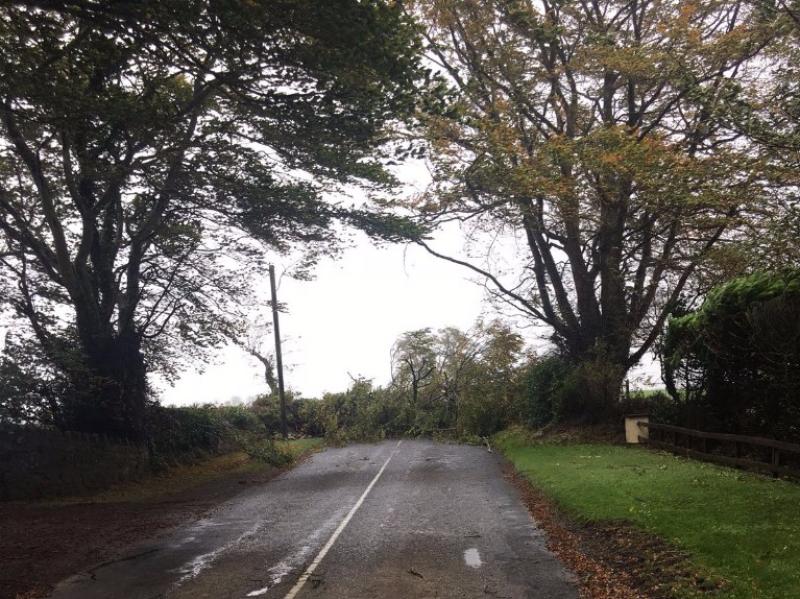 In the wake of Storm Ophelia, which battered the country last month, Cllr Des Guckian raised the issue of dangerous and overhanging trees at last Monday’s Carrick-on-Shannon Municipal District meeting.

In his motion to the monthly meeting of the Carrick-on-Shannon Municipal District Cllr Guckian asked, “That Leitrim County Council engineers arrange to carry out a survey in order to discover the most dangerously overhanging trees, or groves of trees along the National and Regional roads.”

Cllr Guckian expressed the view that any trees identified as being in danger of being knocked over in high winds should be removed by their owners and in the event of them failing to do so the Council should cut them down.

Elaborating on his motion Cllr Guckian said, “We didn’t get the worst of Ophelia, we were very lucky. I ask that we identify the very worst.”

Offering her support for the motion Cllr Sinead Guckian said, “The last thing we want is anyone getting seriously injured or killed.”

Cllr Finola Armstrong-McGuire added, “Dangerous trees need to be taken down. The threat of danger is enough. I would agree with what was said.”

In response to the motion Leitrim County Council stated, “The responsibility for trees along the public roads rest with the landowners. Leitrim County Council do not have the resources to carry out a complete survey of all trees and hedges adjoining the National Primary Routes and Regional Routes in the Carrick Municpal District.”

“In the event that landowners do not comply with the relevant notices Leitrim County Council must follow the Roads Act 1993 in arranging for the trees or hedges that pose a hazard to road safety to be removed as there are associated legal implications.”