Growth of industry in Leitrim more than double the national average, analysis of Census shows 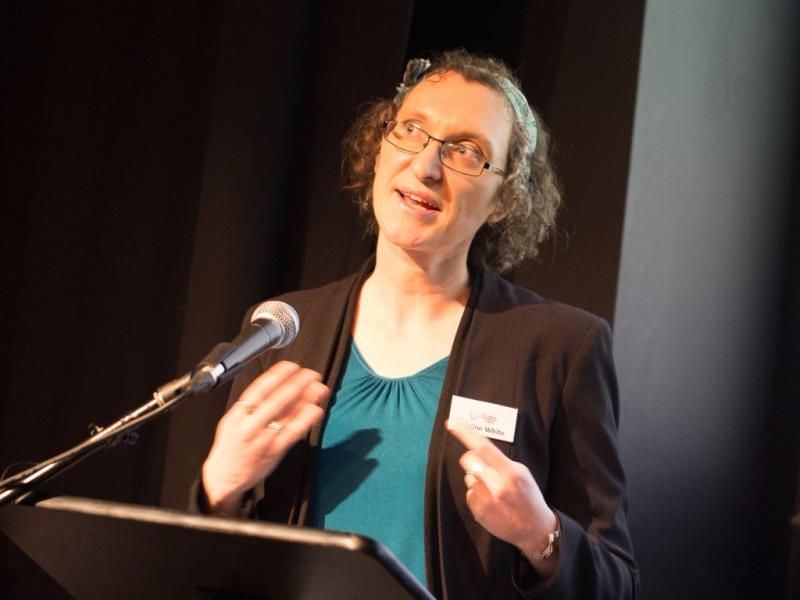 Employment in Industry has enjoyed the strongest growth in Co Leitrim, increasing by 21.1% over the past five years — more than double the national average of 9.4%.Some 11.4% of people at work in the county are working in Industry, which includes sectors such as manufacturing, energy generation, waste and water, and it is the third biggest employer in the county.

But while total employment in the county grew by 6.3% between 2011 and 2016,  this was significantly below the 11% national growth. The figures are according to a detailed analysis of the county’s labour market by the Western Development Commission (WDC), based on data from the Census of Population 2016.

The data also shows that: 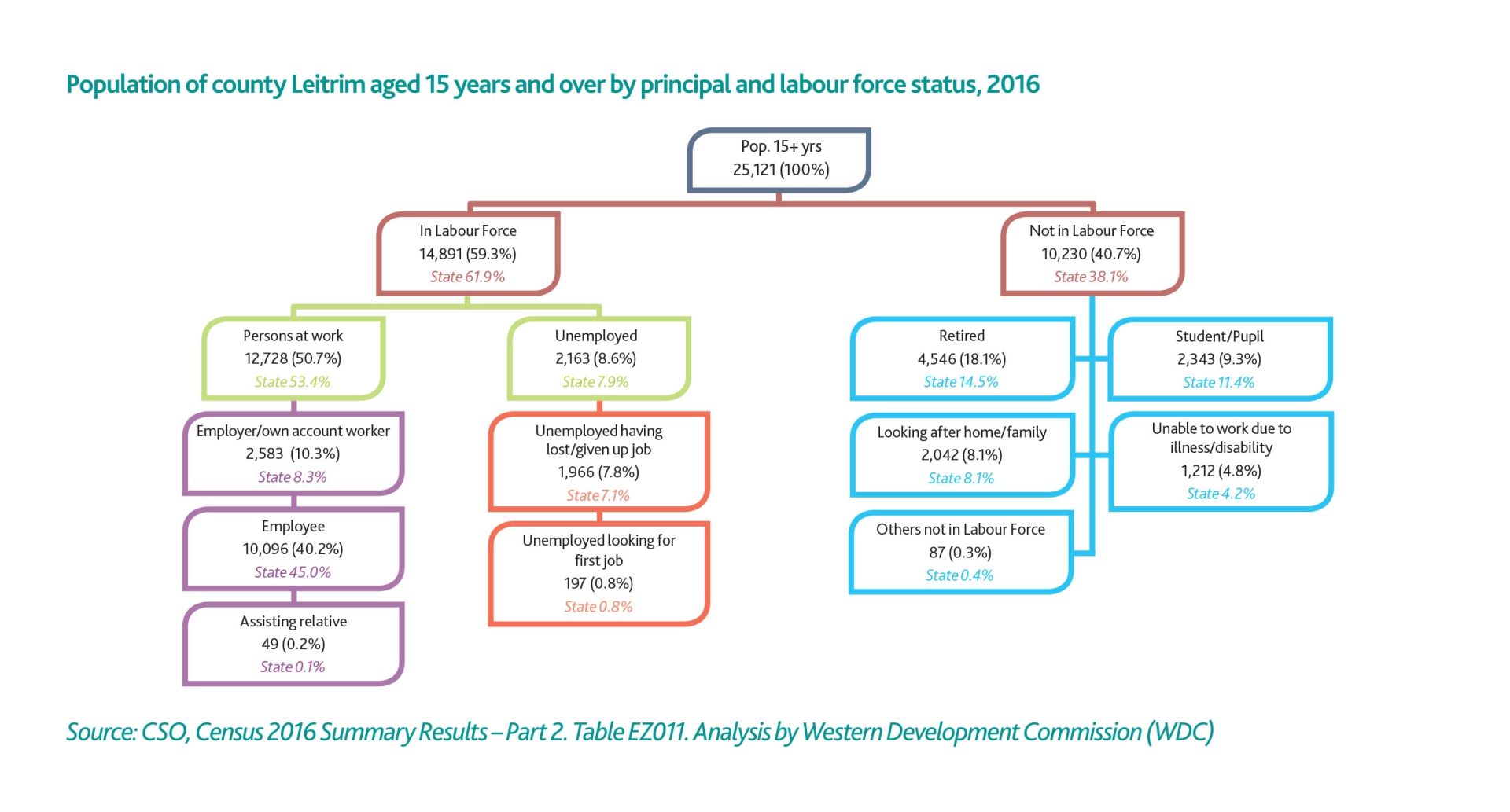 Unemployment and the labour force

The WDC analysis shows that the county has a labour force of 14,891 or 59.3% of the county’s adult population. The labour force includes both the number of people at work and those looking for work. This figure is down 0.9% on the previous Census, compared with 3.2% growth nationally.

The county’s labour force differs most strongly from the national pattern in self-employment with Leitrim having a far higher share — 10.3% compared with 8.3% Of the 40.7% of Leitrim’s adults who are outside the labour force, those who are retired are the largest group at 18.1%, higher than the national average of 14.5%.

Leitrim has a higher-than-average share of its population unable to work due to disability and illness and a lower share of students and pupils, influenced by the fact that the county does not have a third-level institution.

Pauline White, Policy Analyst with the WDC, says: “The employment situation has improved significantly for Leitrim’s residents since 2011, however the fact that one in three workers has to travel outside of the county to find work is a cause for concern. It means that at least part of their spending, for example on lunch or maybe their weekly shop, is lost to businesses in the county. Supporting start-ups and business growth in areas such as tourism, caring, professional services and manufacturing will be important in reducing the need for people to leave the county to find work.” 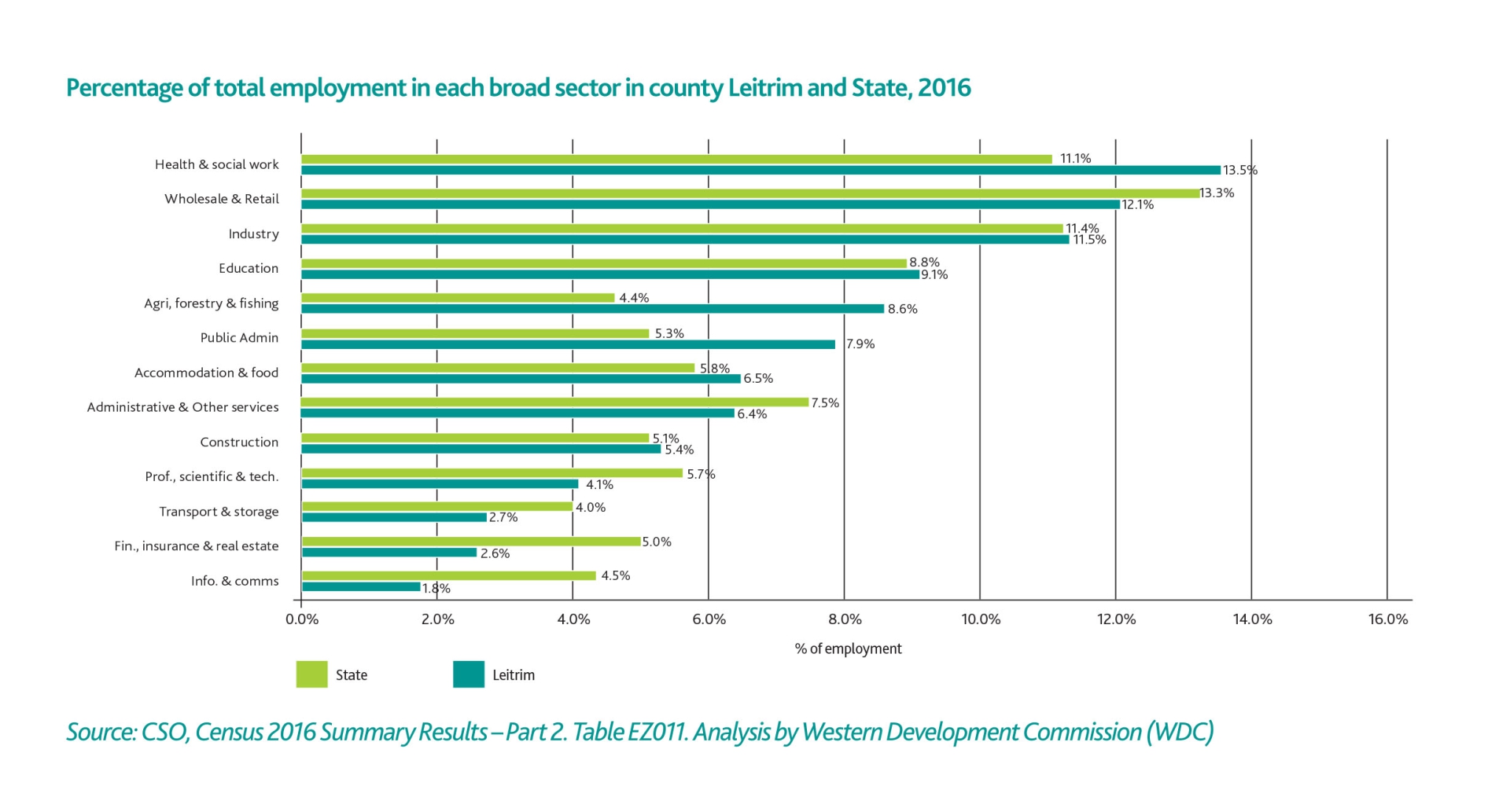 The top three sectors for employment in Leitrim are: Health & Social Work; Wholesale & Retail; and Industry, which account for 37.1% of all jobs.

Employment in Health grew by 10.6% since 2011, below the national average of 13.4%. Health & Social Work includes residential care and social services — including child care, nursing and care homes — as well as hospitals, dental and medical practices. Reflecting the county’s aging population, the biggest growth area was in residential care where an additional 207 jobs were created.

Meanwhile, Industry rose by 21.1%, more than double the national average of 9.4%. Industry includes manufacturing, energy generation, waste, water — with manufacturing the largest element. Some 127 additional jobs were created in the medical devices field alone in the past five years.

Agriculture’s share of employment in Leitrim is double the national average, contributing to the county’s higher self-employment, but the numbers are on the decline. It was one of four sectors that experienced employment decline in the county since 2011, down 8.6% compared with a State average decline of 2.7%.