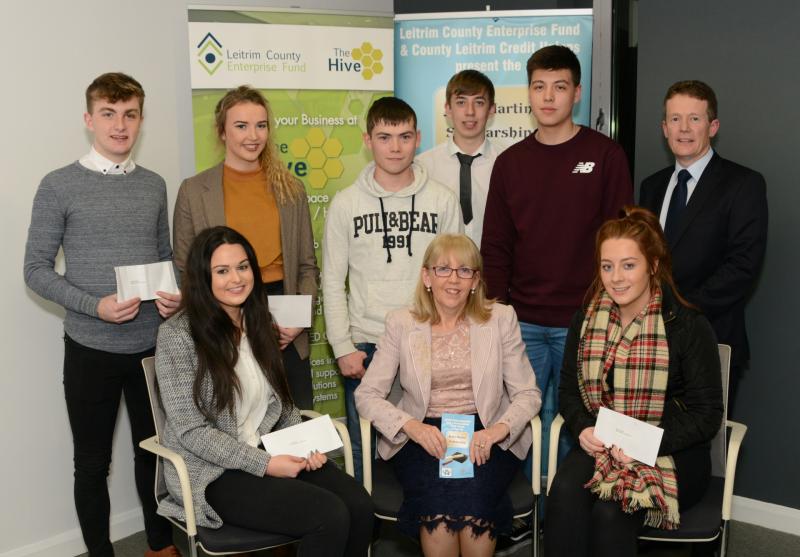 The Josie Martin Scholarship Awards in conjunction with The Leitrim Credit Unions were recently announced.

Seven lucky students around the County were recently awarded scholarships to the value €1,000 each from the Josie Martin Scholarship Fund for 2017/2018. 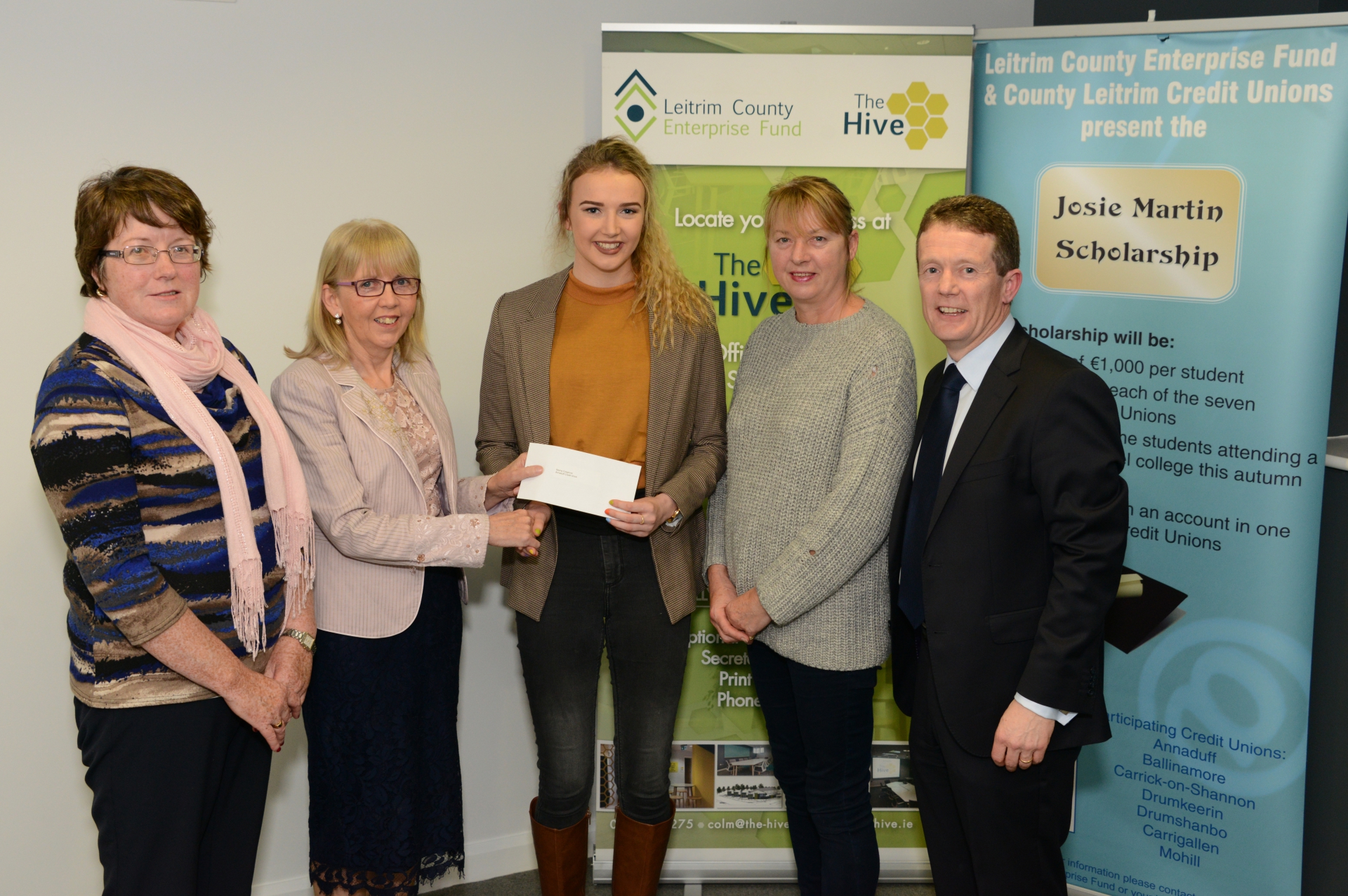 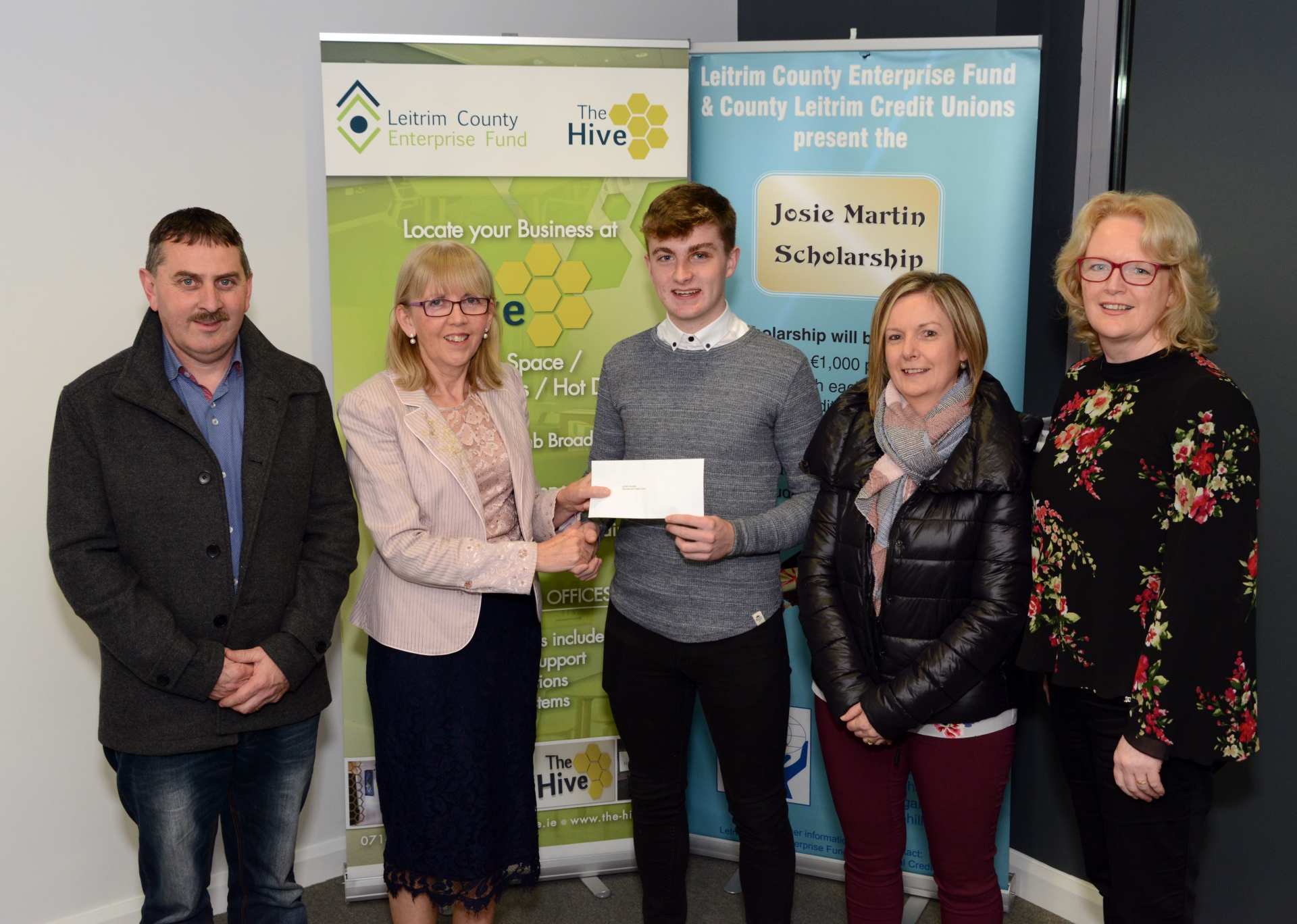 The Scholarships were formed in memory of the late Josie Martin who showing great vision in assisting the development of the Credit Union movement throughout Leitrim. 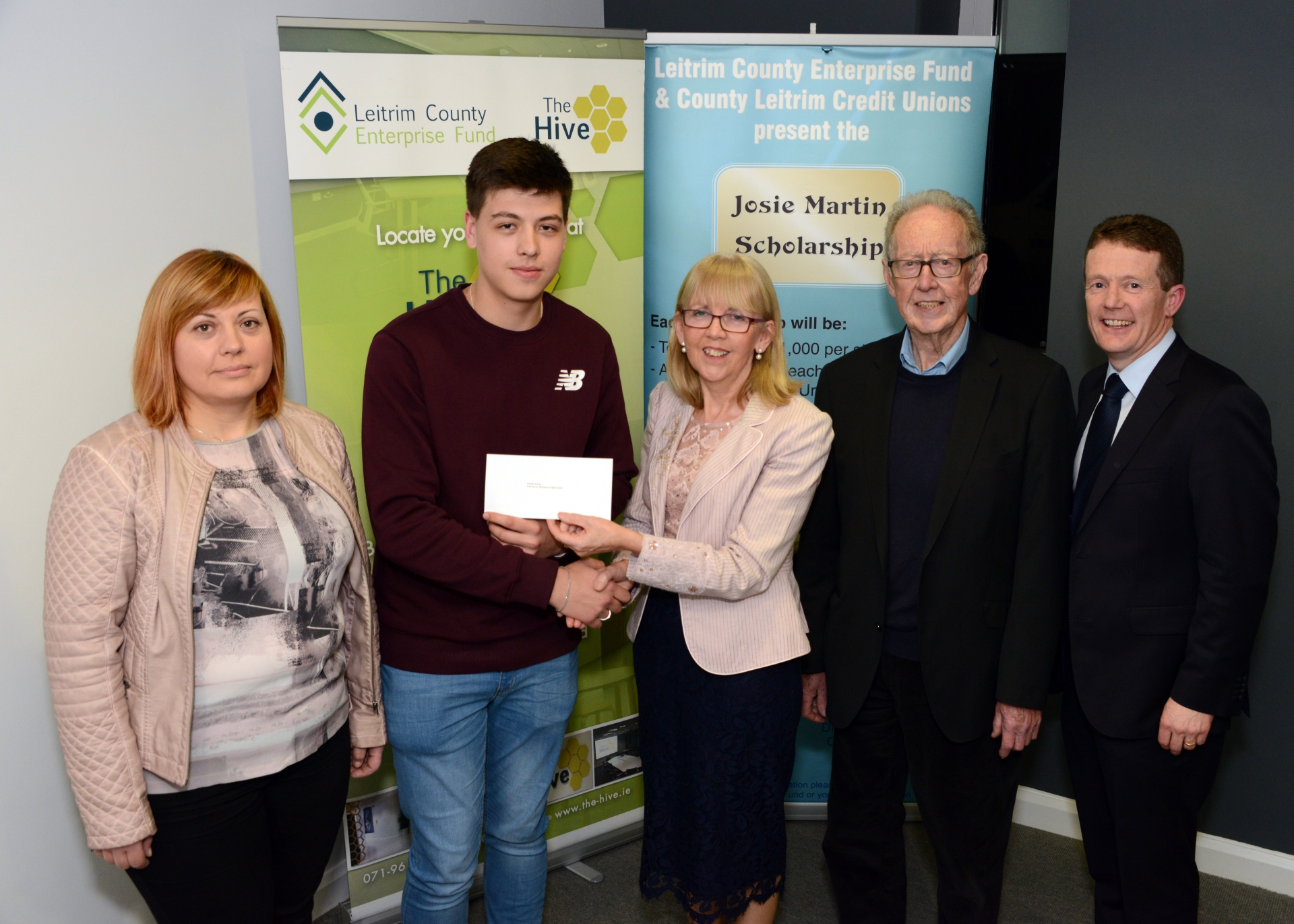 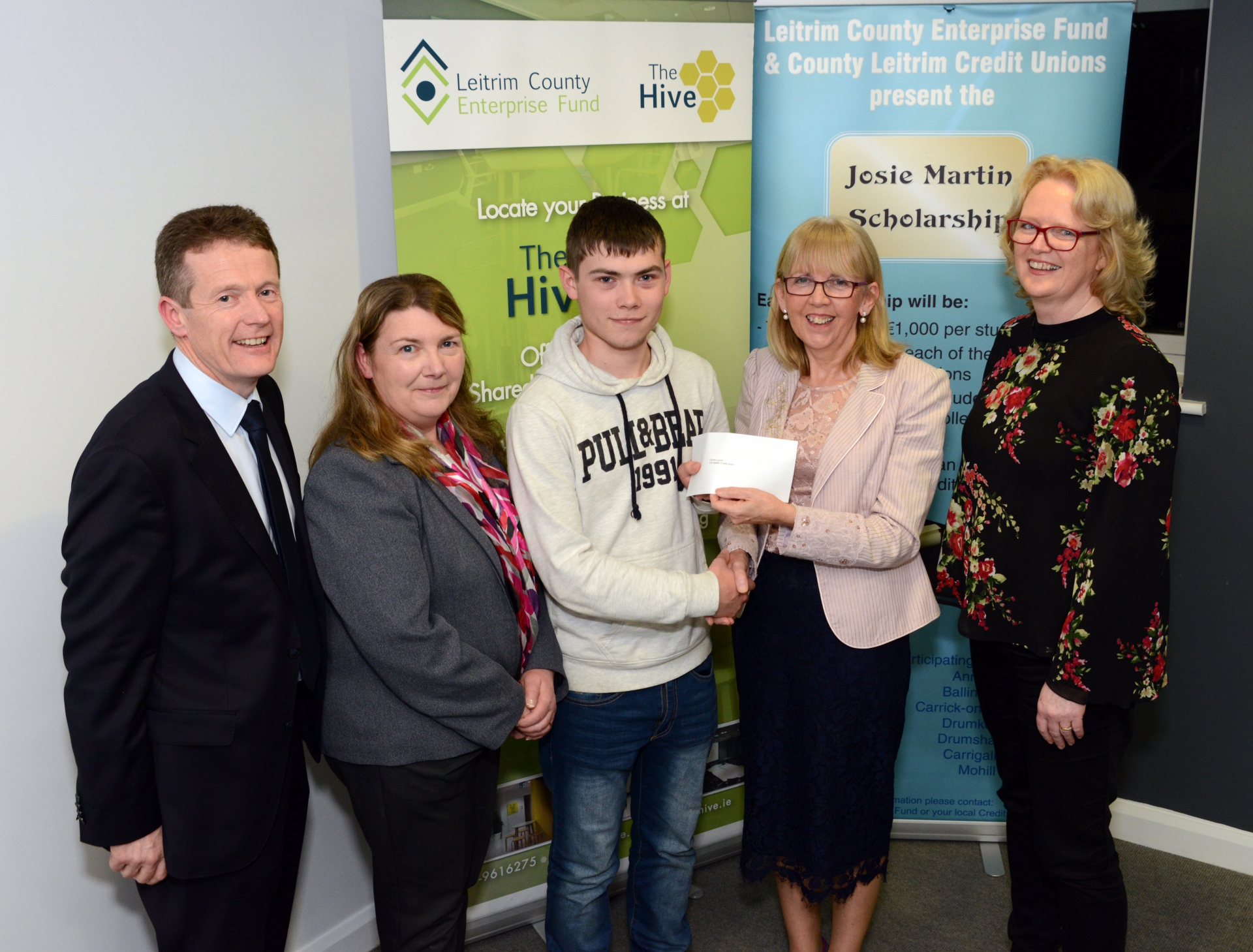 Josie was also was also the prime instigator in the establishment of the Leitrim County Enterprise Fund , which has provided low cost finance to the local business sector, particularly in the 90s at a time when credit was difficult to secure.

The scholarships bring these two organisations together to honour the Late Josie while assisting Leitrim students financially in achieving a third level education.

The Presentation took place at The Hive in Carrick-on-Shannon which is now the flagship project of the Leitrim County Enterprise Fund. Maureen Martin represented the Martin Family and presented the awards on the night. 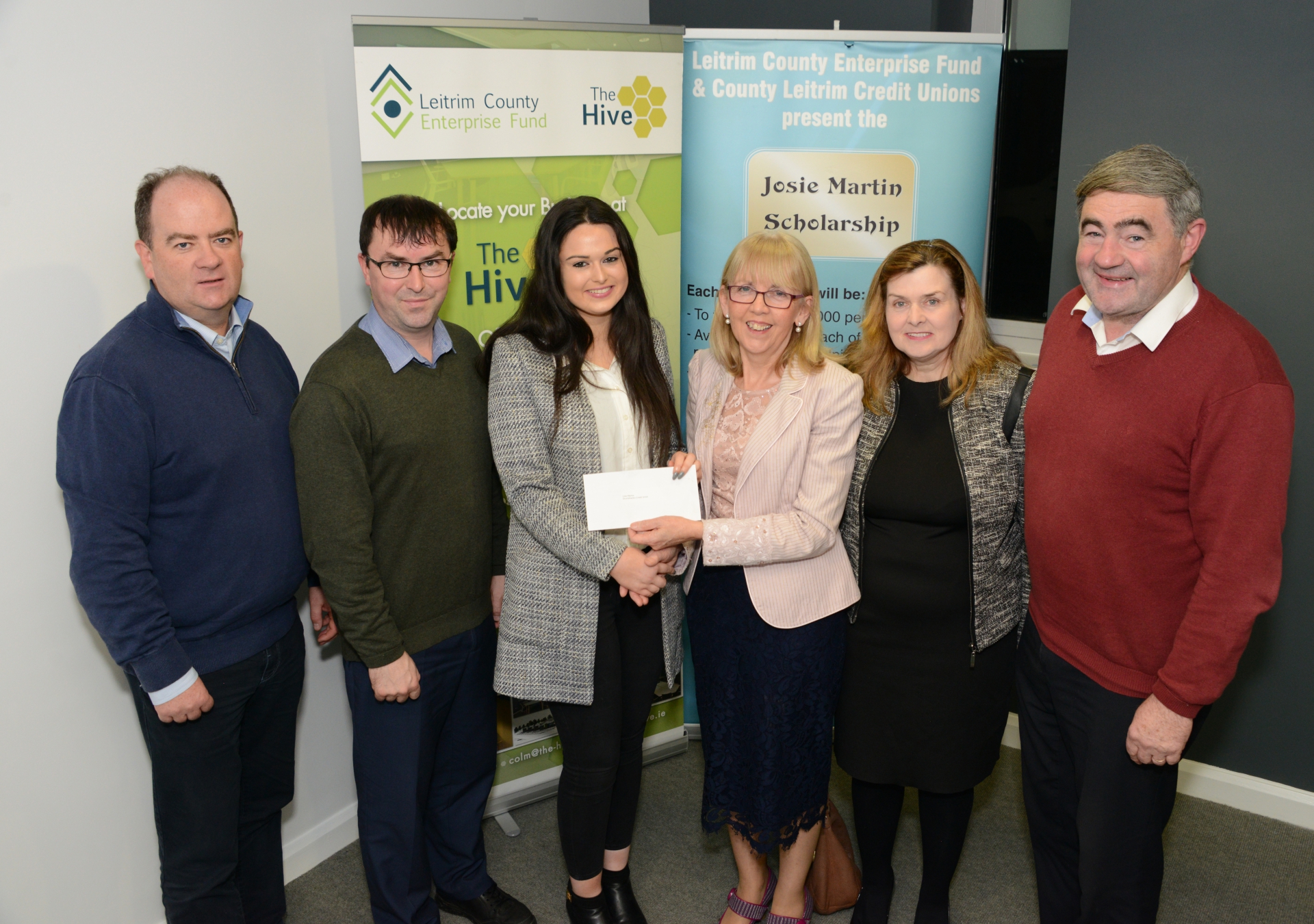 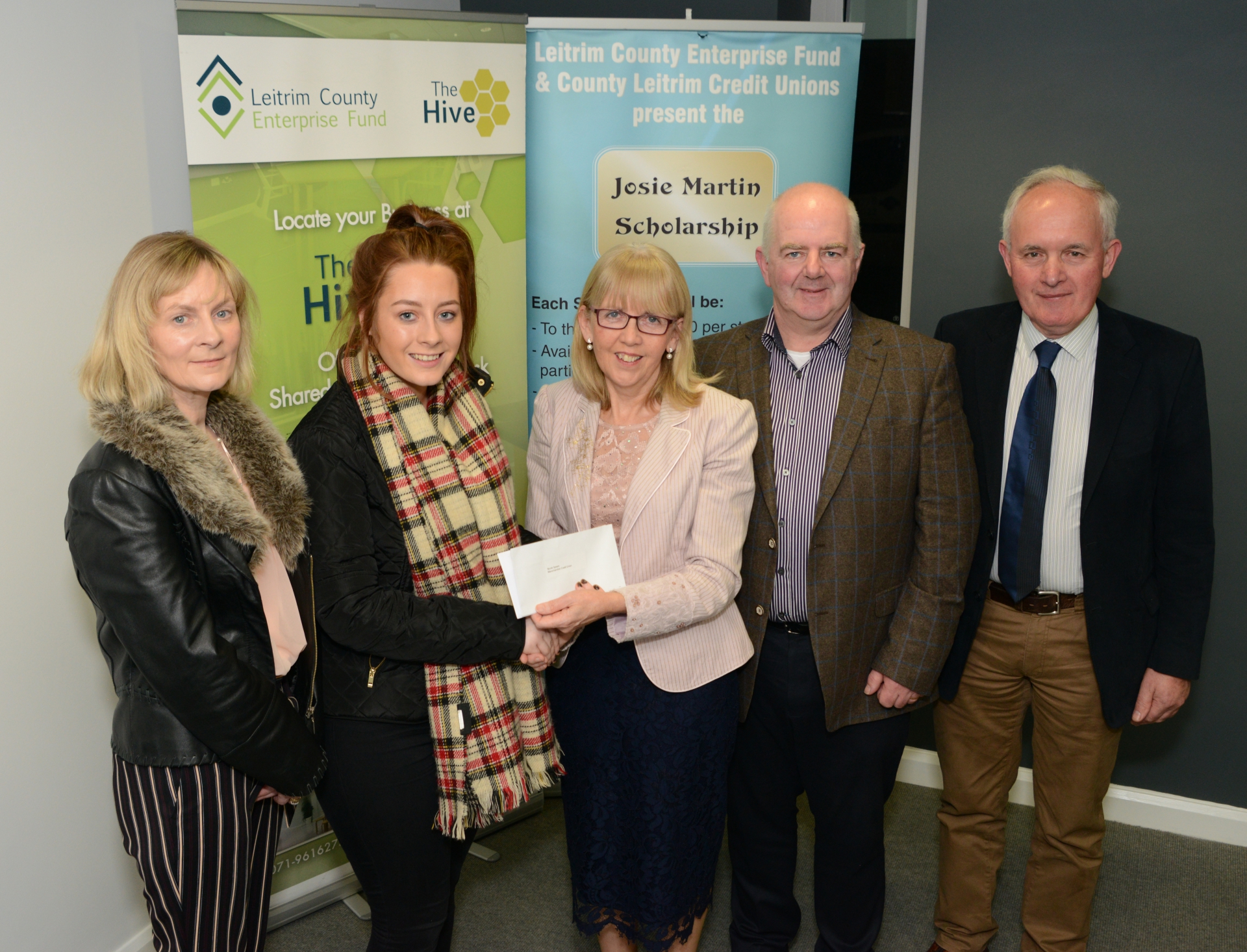 Maureen expressed her delight that the Fund has continued to acknowledge Josie achievements in supporting this very worthwhile initiative. She wished all the students every success in their future studies and thanked the Local Credit Unions in their support in funding and assistance in administrating the awards.

Mr Damien Brennan spoke on behalf of the Credit Unions and greatly acknowledged the role that Josie played in the development of the County.
He emphasised the importance of the Credit Union movement and its vital services for small towns and rural communities. 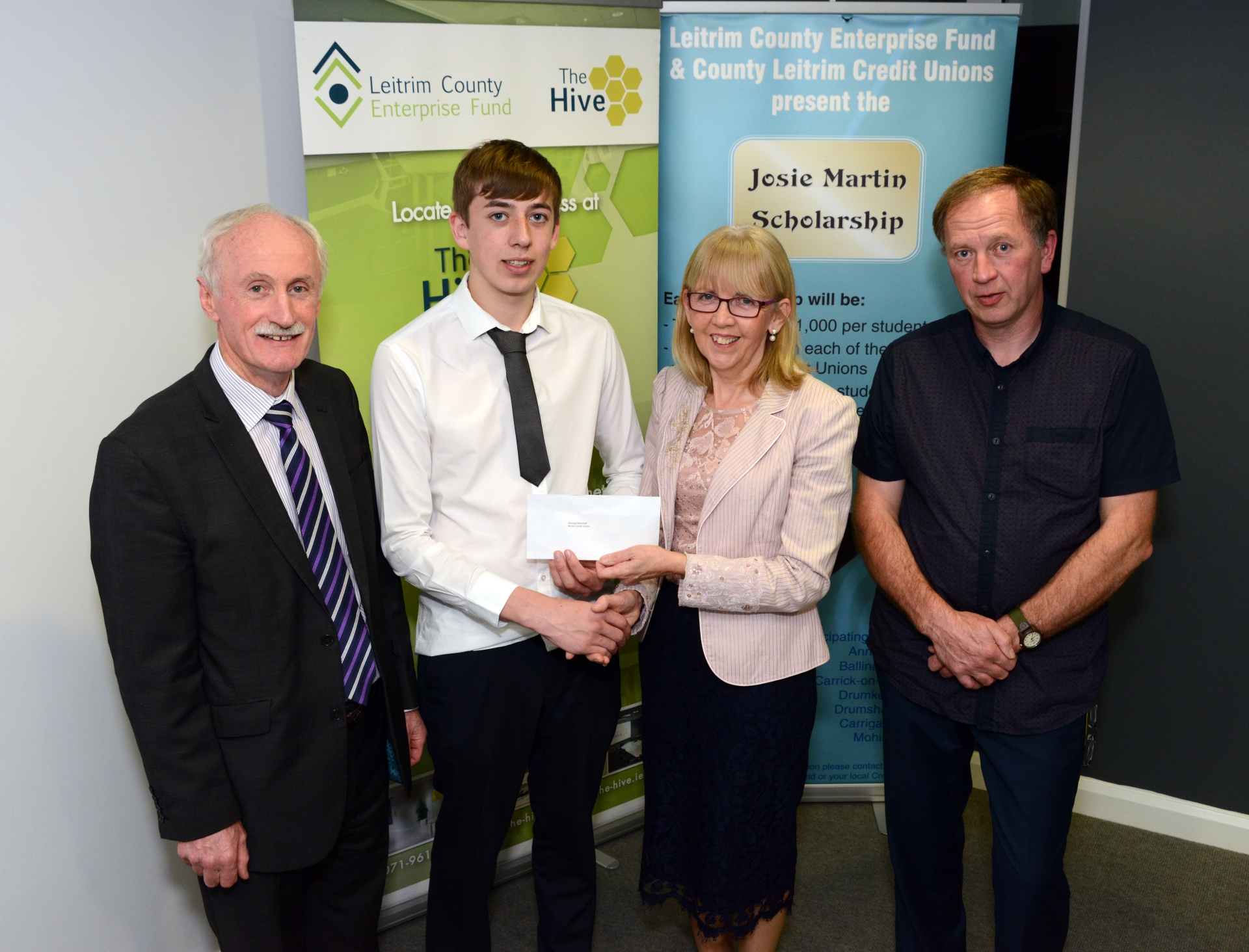 Mr. Joe Lowe Secretary of the Leitrim County Enterprise Fund thanked each of the Credit Unions (Annaduff, Ballinamore, Carrick-on-Shannon, Carrigallen, Drumshanbo, Mohill and Manorhamilton) and hoped that the scholarships will assist in easing the increasing financial burden of third level education.

He outlined all the services available to students through their local Credit Union and urged them to continue to use the Credit union as it is the most competitive source of finance in the community.

The scholarships were awarded through an open draw process with all applicants having an equal opportunity to win. All applicants were required to be members of their local Credit Union.